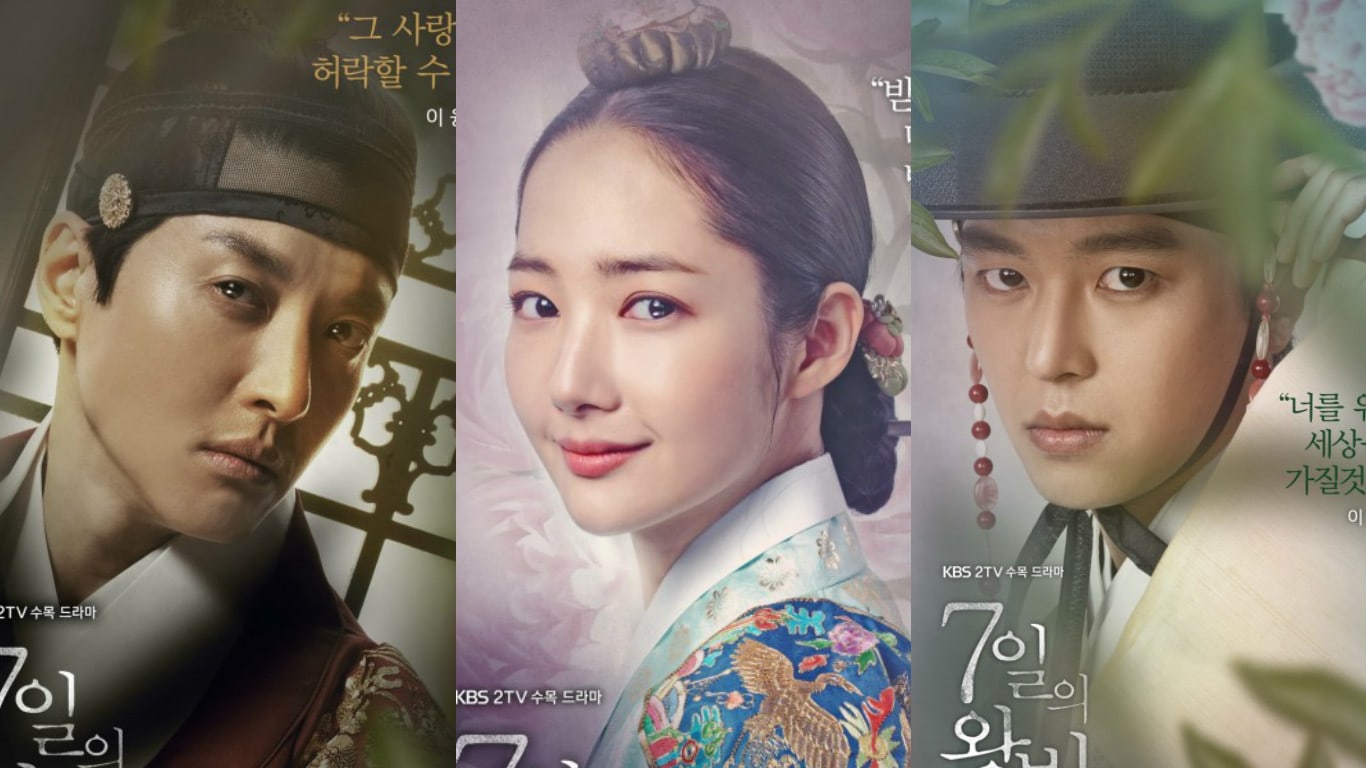 The drama will be bringing together what many consider a “miraculous melodrama combination” of Park Min Young, Yeon Woo Jin, and Lee Dong Gun. Each of them will bring a unique take on romance and character building to create more depth for the upcoming historical period drama. 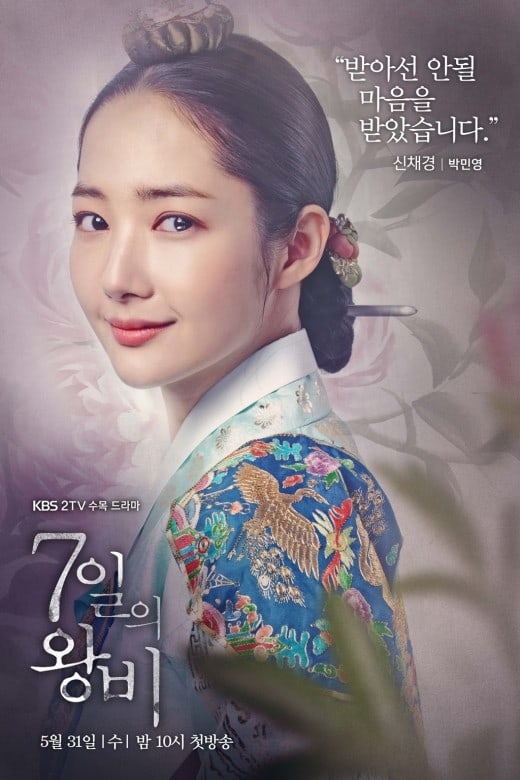 Park Min Young will be playing Shin Chae Kyung, the woman who is loved by two dashing gentlemen but who also faces a devastating fate. Her poster reflects this predicament as the tagline reads, “I’m the recipient of a love I should have turned down.” The actress plans on showing a more mature side of herself in “Queen for 7 Days.” 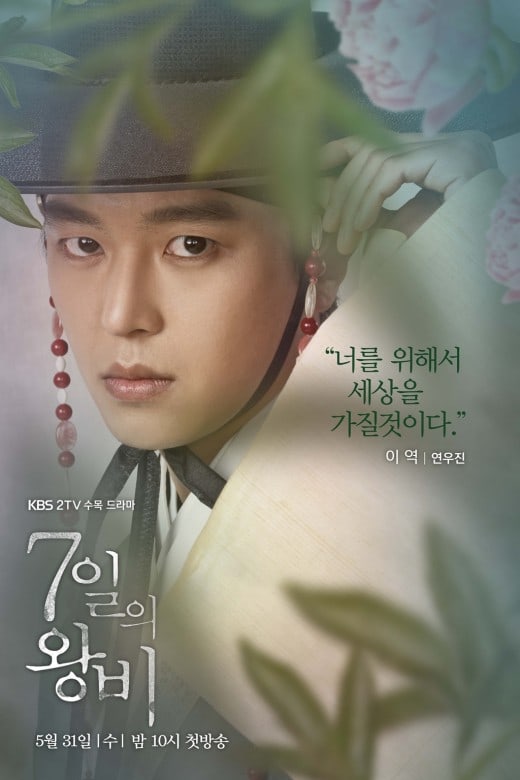 The role of Lee Yeok will be taken on by Yeon Woo Jin, whose character will be fighting to capture both love and power. His tagline of “For you, I will take the world,” shows Lee Yeok’s desperation to be loved and his strong determination to go against his given fate. 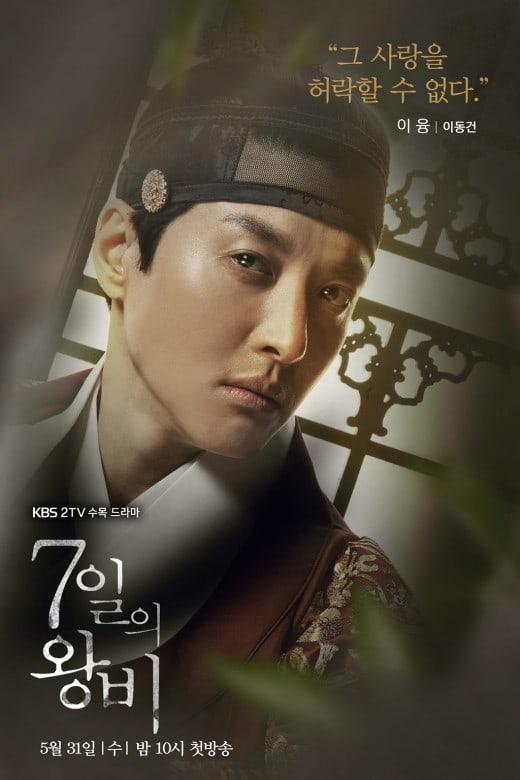 Lee Dong Gun is set to play Lee Yoong, and his intense gaze and lethal aura perfectly fits the burning obsession and oppressive desire that can be felt from the tagline of, “I do not approve of that love.” This will be the actor’s first time acting in a historical period drama in his 19-year career.

“Queen for 7 Days” will be a love story that follows the fate of Queen Dangyeong, who was on the throne for the shortest amount of time in the Joseon era. The drama will begin airing on May 31 following “Mystery Queen.”