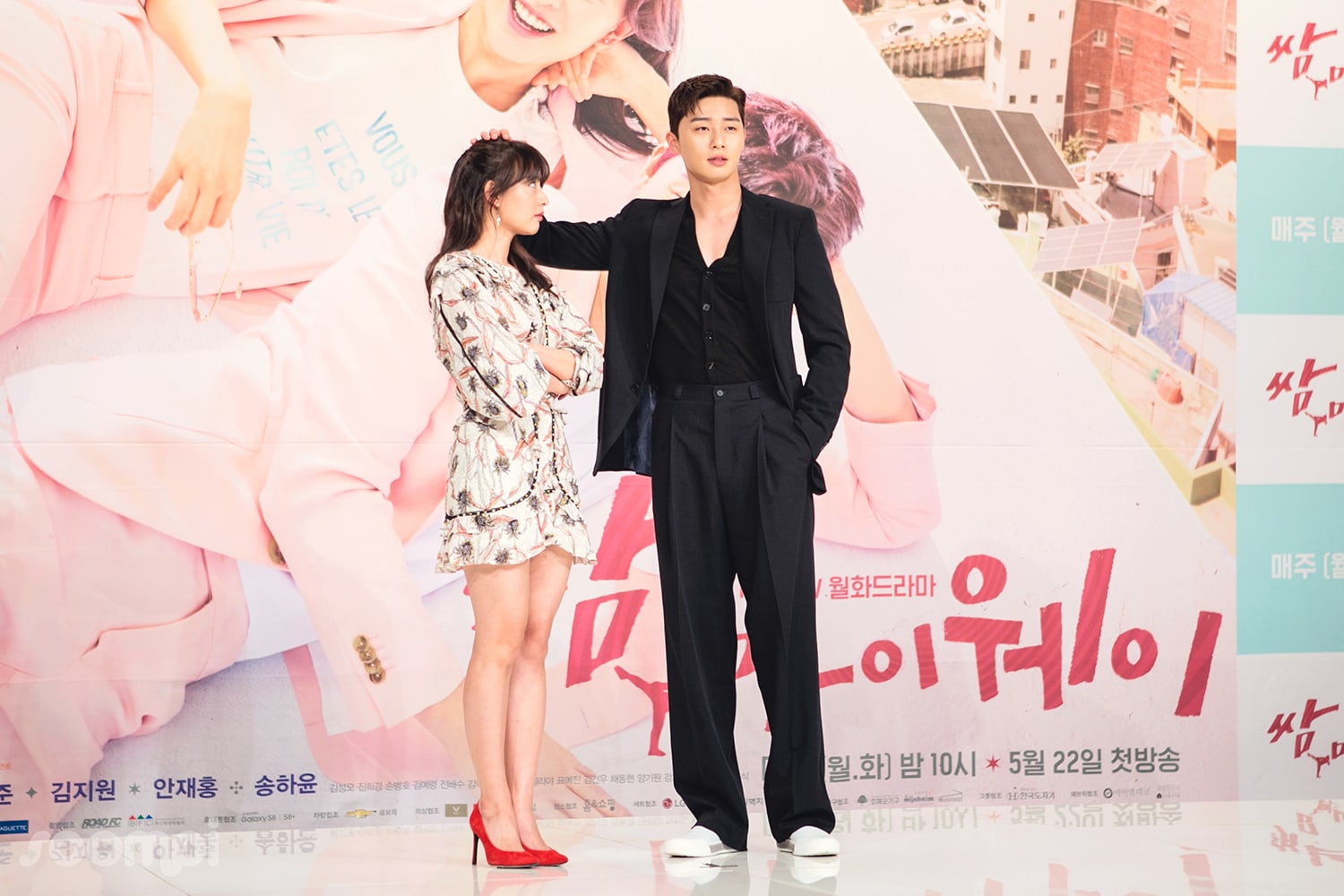 We’ve seen some interesting ratings promises before, but the ones suggested for KBS’s upcoming drama “Fight My Way” might be the most permanent of the bunch.

Regarding the promises that the cast can make if the drama reaches a certain viewership rating, Kim Sung Oh said, “If the ratings pass 30 percent, Park Seo Joon and Kim Ji Won can marry. If it goes above 20 percent, Ahn Jae Hong and Song Ya Yoon should marry. You’ve known each other for a long time (in the drama), so it’s about time you get married.” The audience and cast laughed at Kim Sung Oh’s remarks, as he blurred the lines between reality and the drama and suggested a very legally binding event.

Park Seo Joon ended up suggesting a more realistic ratings promise, saying that he will go on a Busan tour with fans if the ratings go over 30 percent, since many of the drama’s scenes were filmed in Busan.

“Fight My Way” is a rom-com starring Park Seo Joon, Kim Ji Won, Song Ha Yoon, and Ahn Jae Hong as leads. It is a story about achieving one’s dreams despite circumstances and finding love and friendship along the way. Park Seo Joon plays the role of Go Dong Man, a mixed martial fighter who once dreamed of become a national Taewondo athlete. He is a simple and playful man, whose few mistakes have cost him much. He has been long-time friends with Choi Ae Ra, who is played by Kim Ji Won. Her dream is to become a news anchor but she is currently working at the information desk of a department store. She is strong, loyal, and courageous, and fiercely protects her friends and family. She likes to keep things nice and simple but her friendship with Go Dong Man starts to become complicated as unknown feelings begin to develop.

Song Ha Yoon and Ahn Jae Hong play Baek Seol Hee and Kim Joo Man, respectively. These two have been in a relationship for six years, but their love and commitment is tested against the temptations of money.

Regarding the chemistry of the cast, director Lee Na Jung said, “I tried to group together actors with a fresh and joyful energy that can produce good chemistry and lovable characters. I thought this group would be perfect. And it is panning out that way with their excellent acting, as well.”

“Fight My Way” premieres May 22 and airs every Monday and Tuesday. Watch the latest episode at Viki!