Urban Dictionary describes girl crush as “feelings of admiration and adoration which a girl has for another girl, without wanting to shag said girl. A nonsexual attraction, usually based on veneration at some level.” The likes of Jessi, Kim Sook, and mostly the members of Unnies or “Sister’s Slam Dunk” that fall into this category all have similar traits: they can be goofy, fierce, approachable, outgoing, yet have a side that’s serious, talented, intelligent, and mysterious, all while being beautiful inside and out. “I want to BE her,” that’s the sentiment: an admiration for females who slay. Here are K-pop girls we love to fangirl:

Every time Krystal comes on screen, everyone’s like, “YAASS KWEEN!” She’s the ultimate IT-GIRL who’s always trendy and makes one-liners trendy. Remember how she made the single word “Stupid!” from the sitcom that she starred in? Whenever she plays the role of a mean or sassy girl, she does it with such class and cuteness that you just can’t hate her. She’s the girl with the “golden proportion” by Korean standards: small, pretty face, tall height, long legs, and never a bad hair day in sight. She’s multi-talented as well, just as at-home in a girl group, drama, or a beauty/clothing commercial. 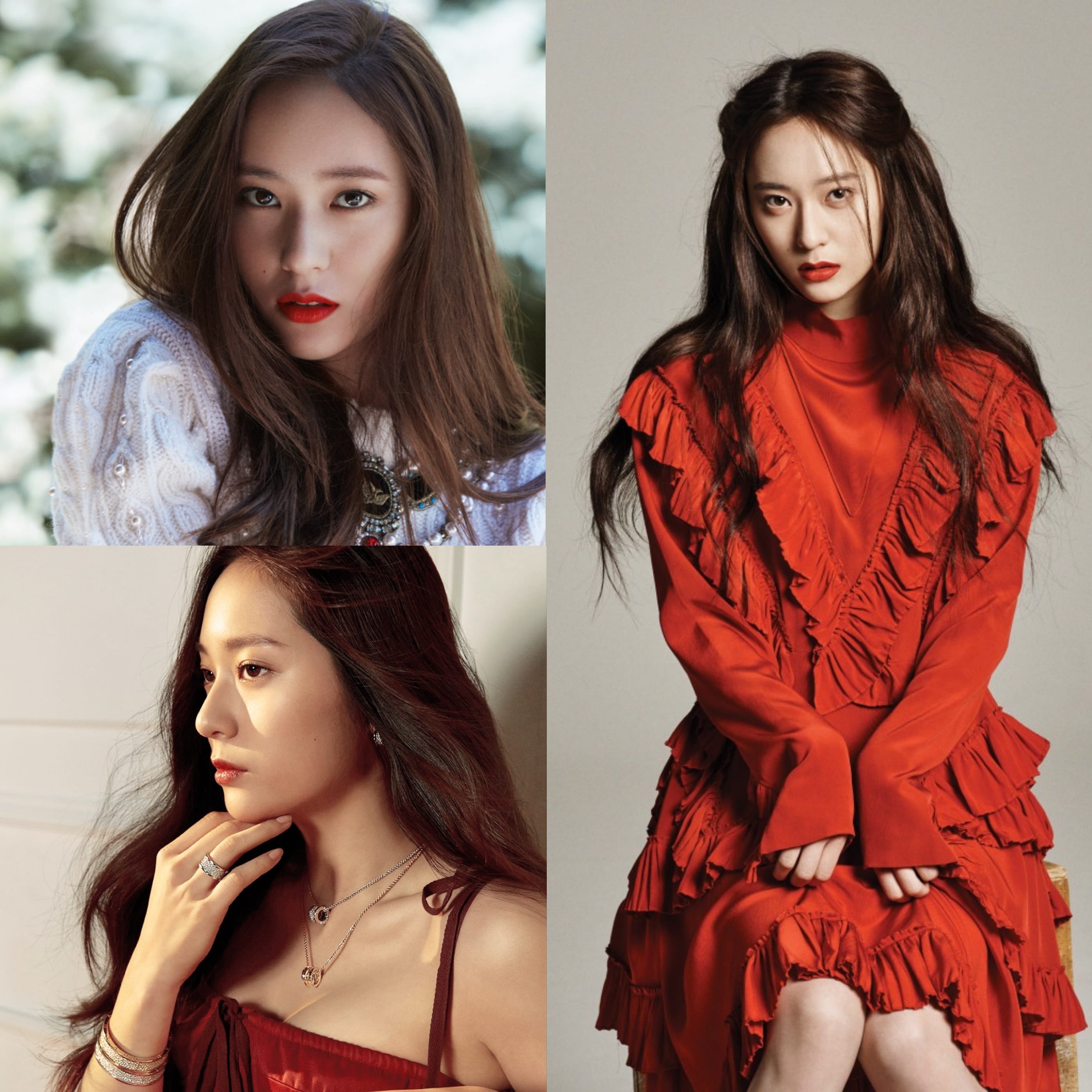 Lisa is the representative of the next generation of YG artists: fierce, talented, international, and stunning. The girl is on fire! At such a young age, and even without much experience onstage, you can tell she loves what she does. She didn’t seem like a rookie at all when she first debuted with the rest of the BLACKPINK members (who are all, quite frankly, girl crushes too). The girl’s got spunk, and she has the ability to transfix anyone when she’s dancing. Plus, she looks good with every hair color. 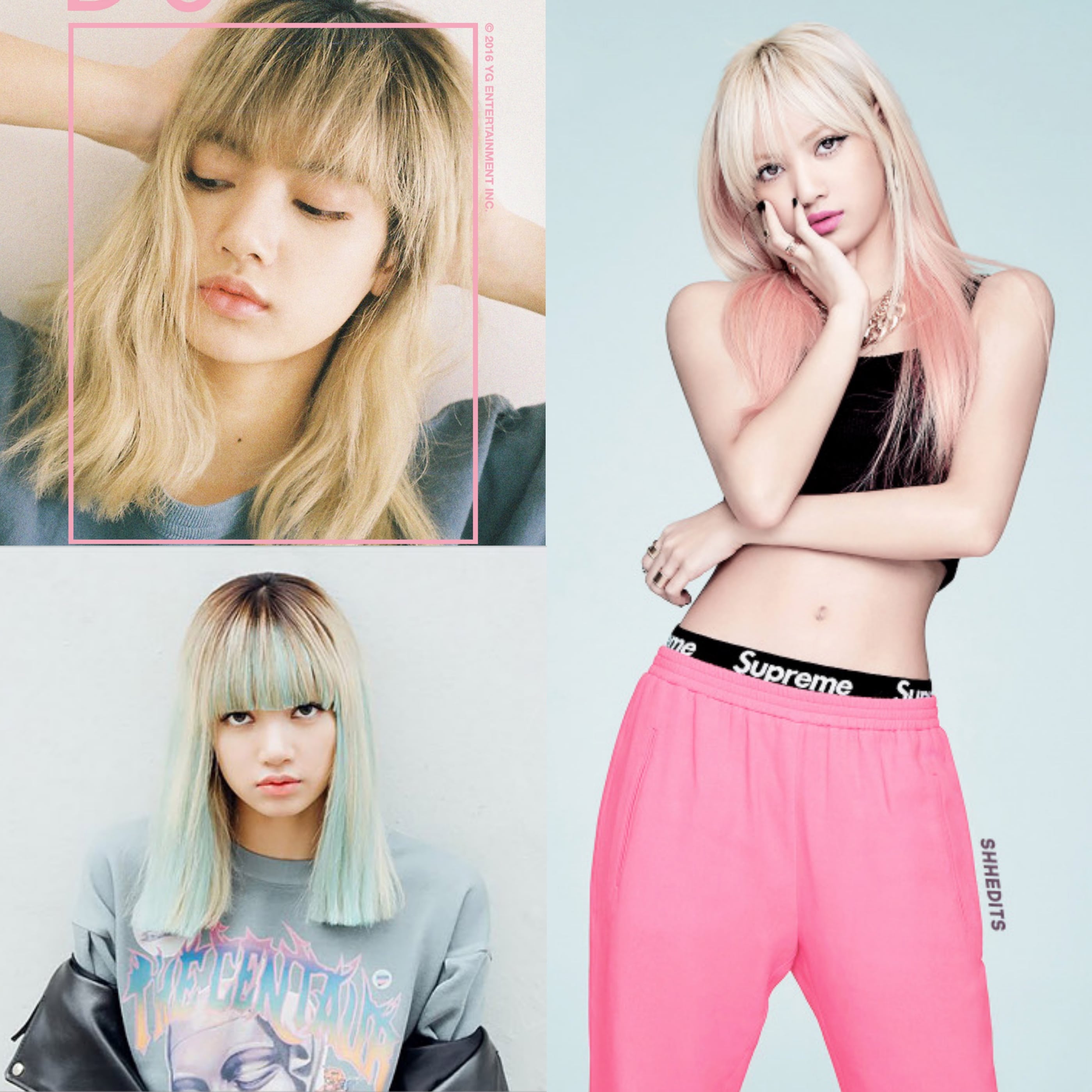 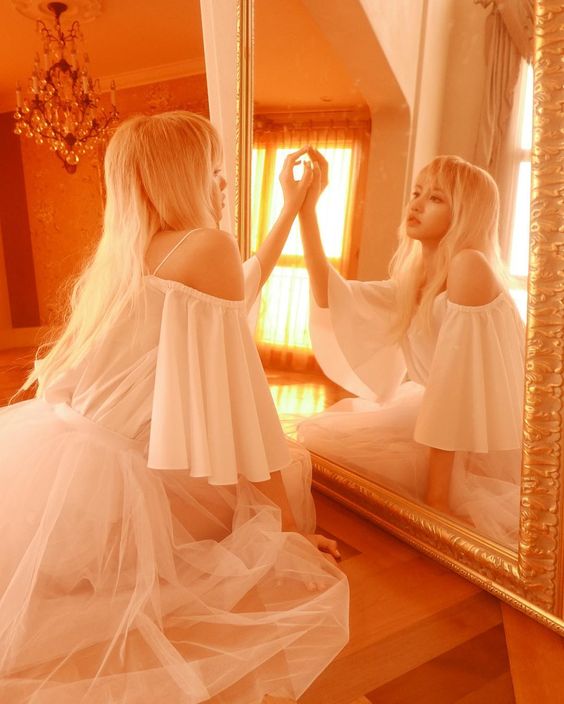 She’s so cool even Lisa should admire herself.

You can’t really choose one member from TWICE, because, well, they’re all perfect and incredibly adorable. But, one girl’s got a different charm. Outside of TWICE, whenever Momo performs, she’s like a totally different person. One minute she’s doing the “niko, niko, nii” complete with fingers in the air like a cute rabbit, and the next she’s owning the dance floor like there’s no tomorrow. 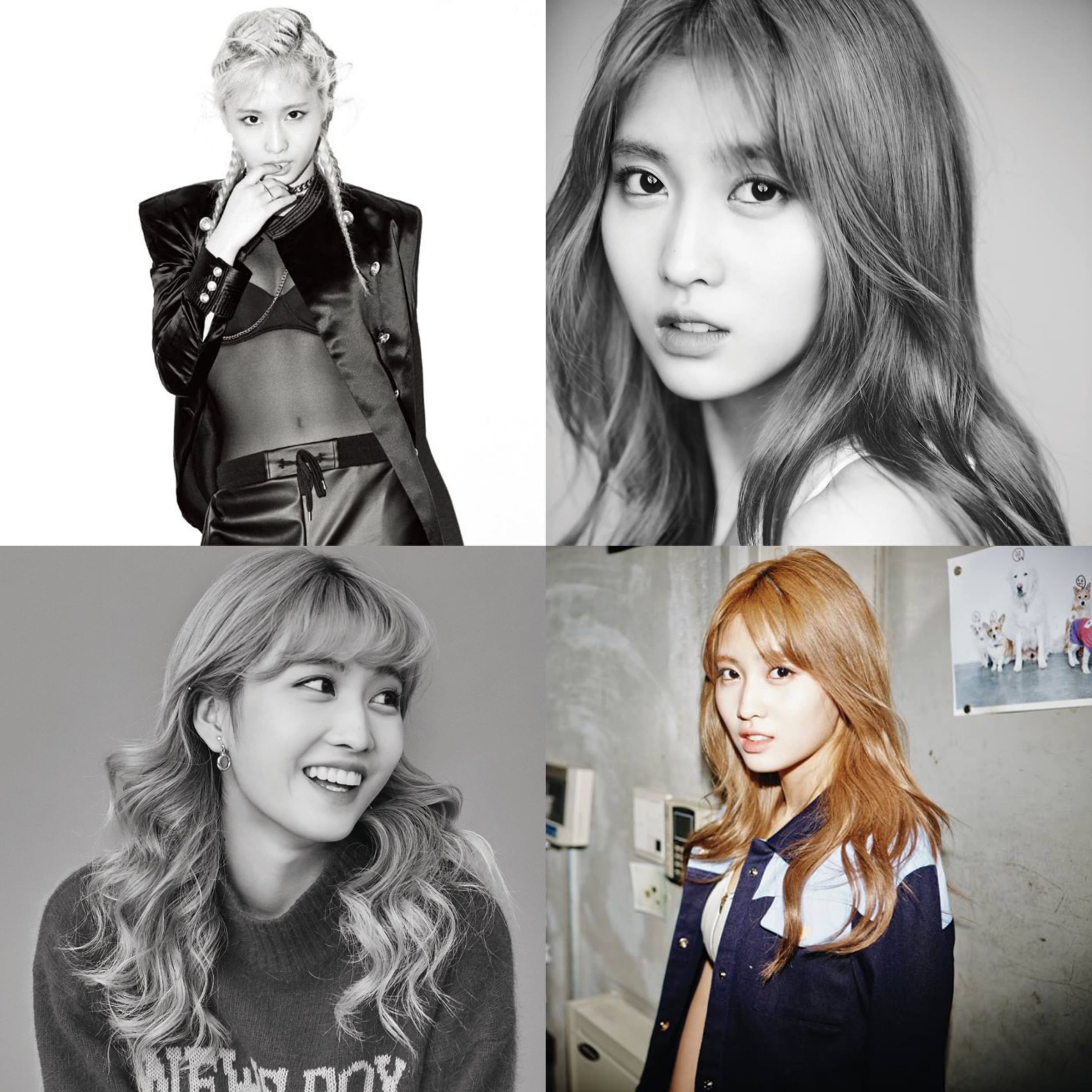 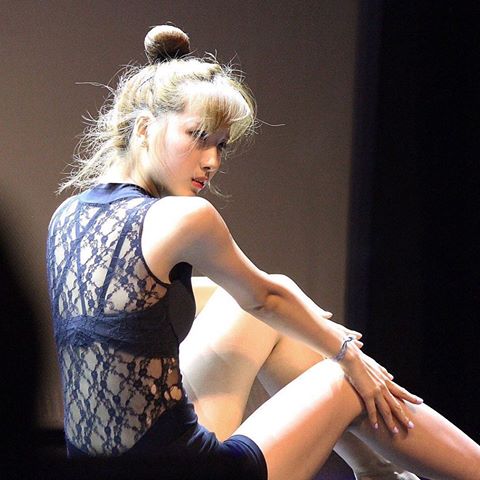 If you could only use one word to describe Somi, it would be multi-talented. She’s a certified Taekwondo pro, a piano player, singer, dancer, and a model, all in one small package. She exudes a youthful and carefree attitude; everyone just wants to be around her. In Korea, during Somi’s “Produce 101” days, she was the most searched name when it came to makeup. And as the youngest of “Sister’s Slam Dunk Season 2,” she showed her real self: clumsy, funny, and silly, turning into goo when she fangirled Minzy. She’s a bubbly kid. She could be anyone’s dream girl, best friend, or sister. 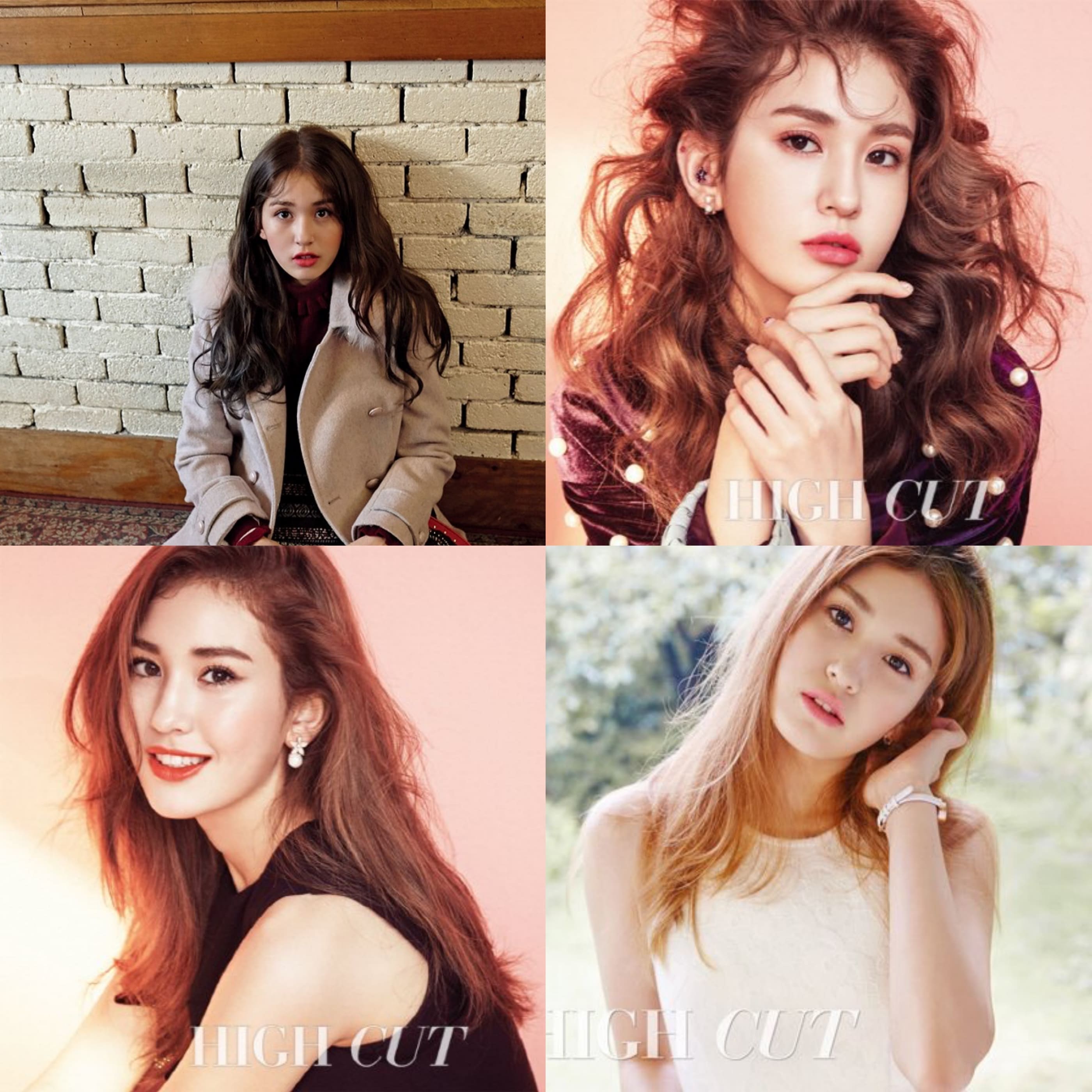 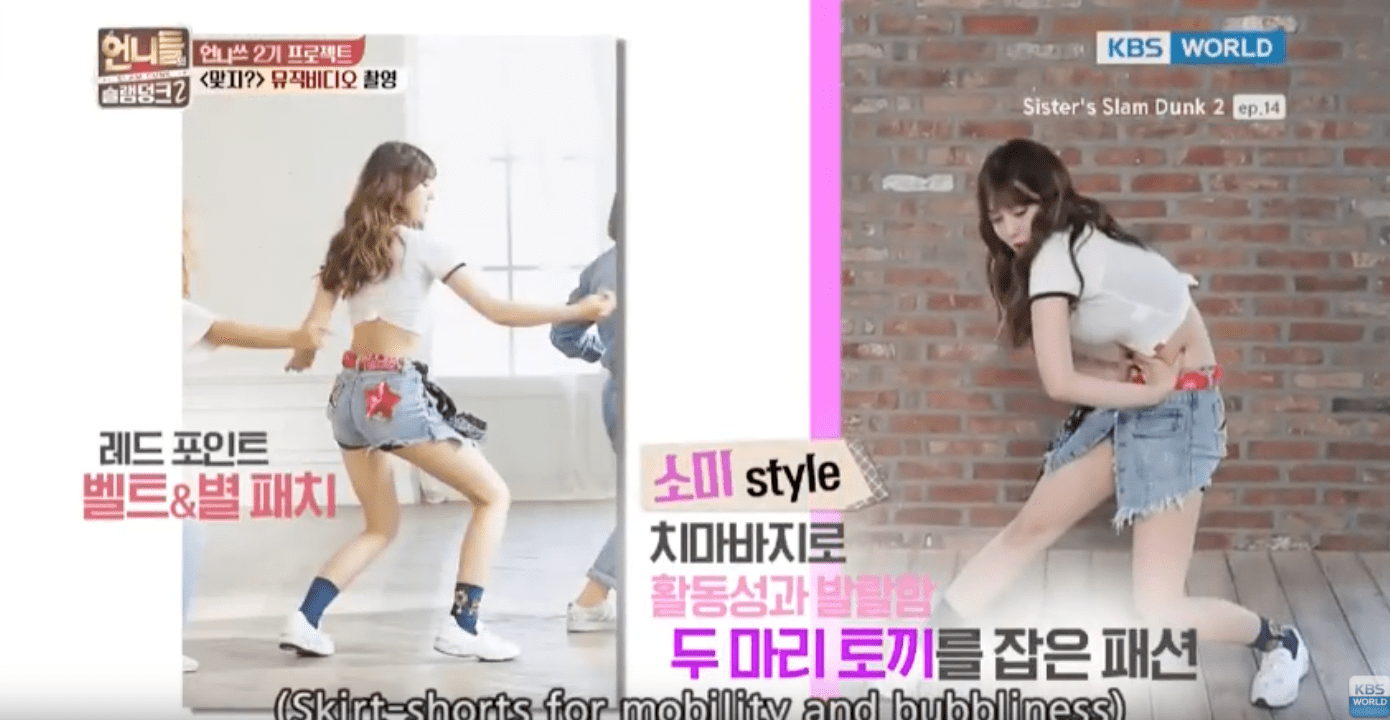 5. All the members of MAMAMOO

The real unnies. MAMAMOO is considered the national girl crush in Korea because each member slays, and when they’re together, they’re fire. They’ve got mad vocal skills, amazing personalities, and great, catchy music. Girls young and old can relate to them. You can also tell that the members are really close with each other, and individually, each member has her own color. 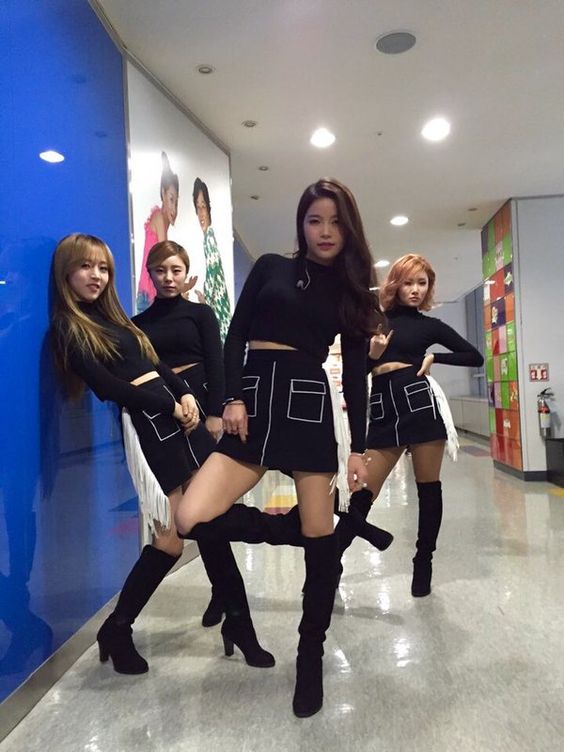 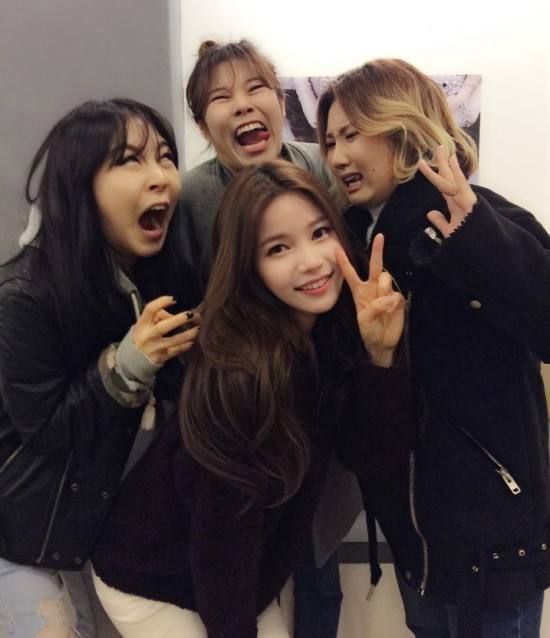 When Hani joined “Weekly Idol” as a temporary replacement host to Doni, she brought the much needed freshness to the show. Even as an idol, she’s not afraid to show her goofy side, and she’s completely game to do anything: from smearing her face with black bean sauce while someone feeds her blindly, to making ugly faces, to running around the studio making a fool of herself. But when it comes to being a member of EXID, Hani transforms into her sexy, sassy self and takes performances seriously. 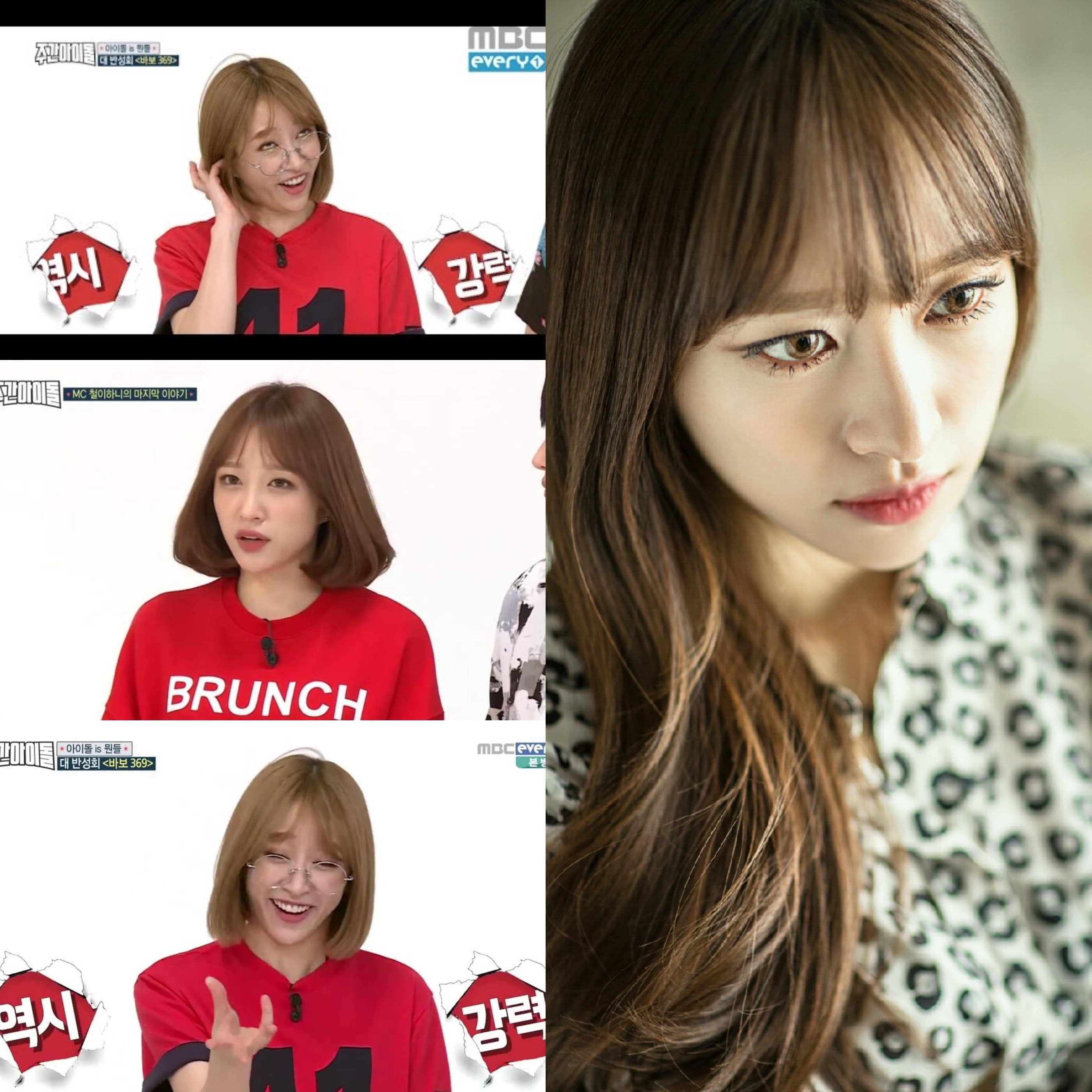 Chaeyeon is obviously pretty. She has that kind, innocent, and angelic face anyone could fall for. She’s practically a goddess! But she’s not just your ordinary pretty idol. She got flak from netizens who bashed her after she failed to attend DIA events due to her schedule for I.O.I (many fans think she was a traitor to the other group), started a controversy when she admitted having plastic surgery on her nose, and she gets a lot of haters online.

But in one interview, she revealed that she still remains strong and professional through it all: “Honestly, I do get hurt by those [comments]. I can’t not see the negative comments. The ones that speak badly about my parents hurt the most… As I work in this industry, I sometimes feel depressed and sad, but there’s more joy. I hope people do not dislike me too much.” 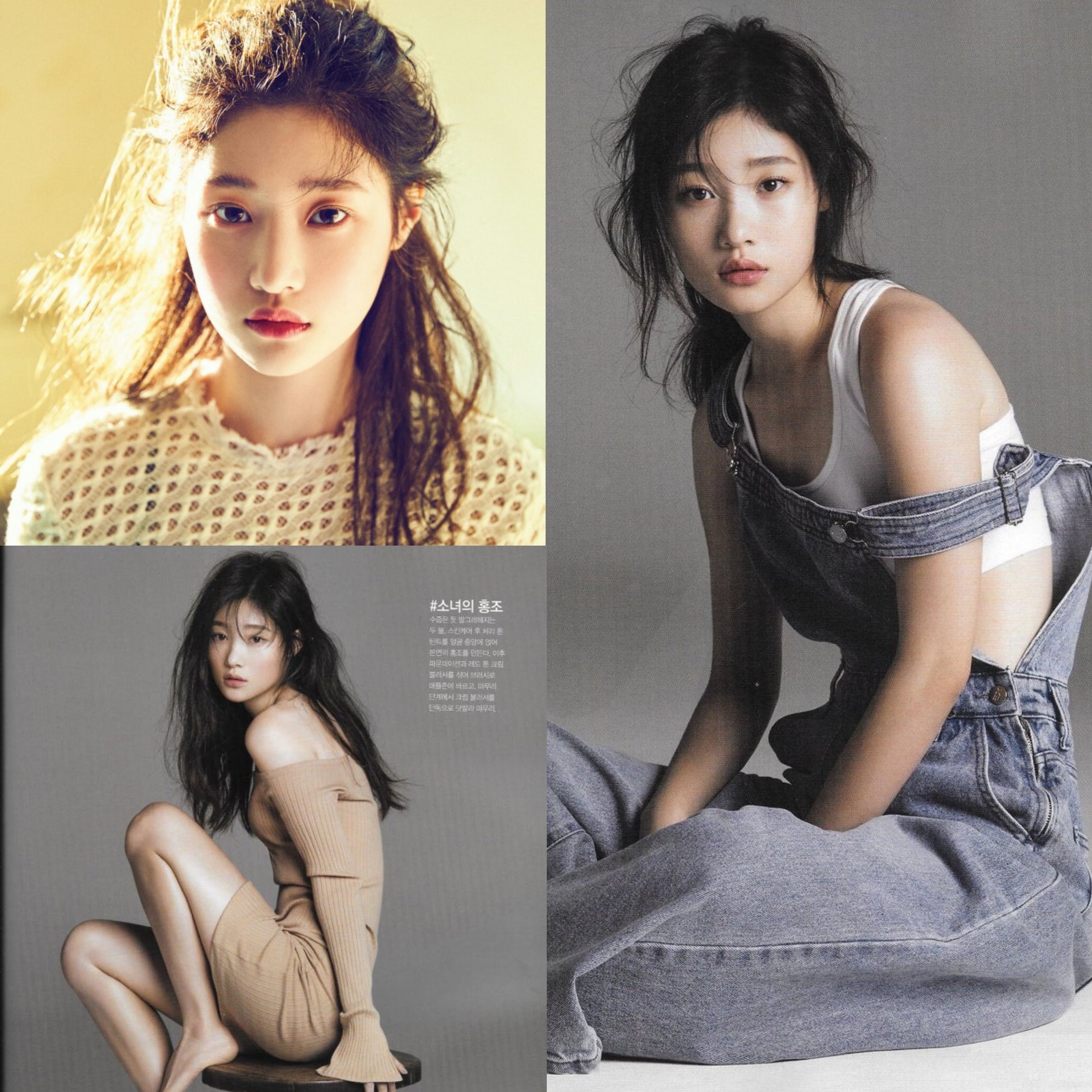 Arin is the ultimate cutie on this list. She brings out the protectiveness in other girls, as she looks as cute as a button. Many Korean idols also fangirl over her and the rest of the Oh My Girl members, including IU, members of TWICE, and other celebrities. She refers to herself as the chic maknae of the group, because even though she’s considered the one full of aegyo, she can be honest and strong too. 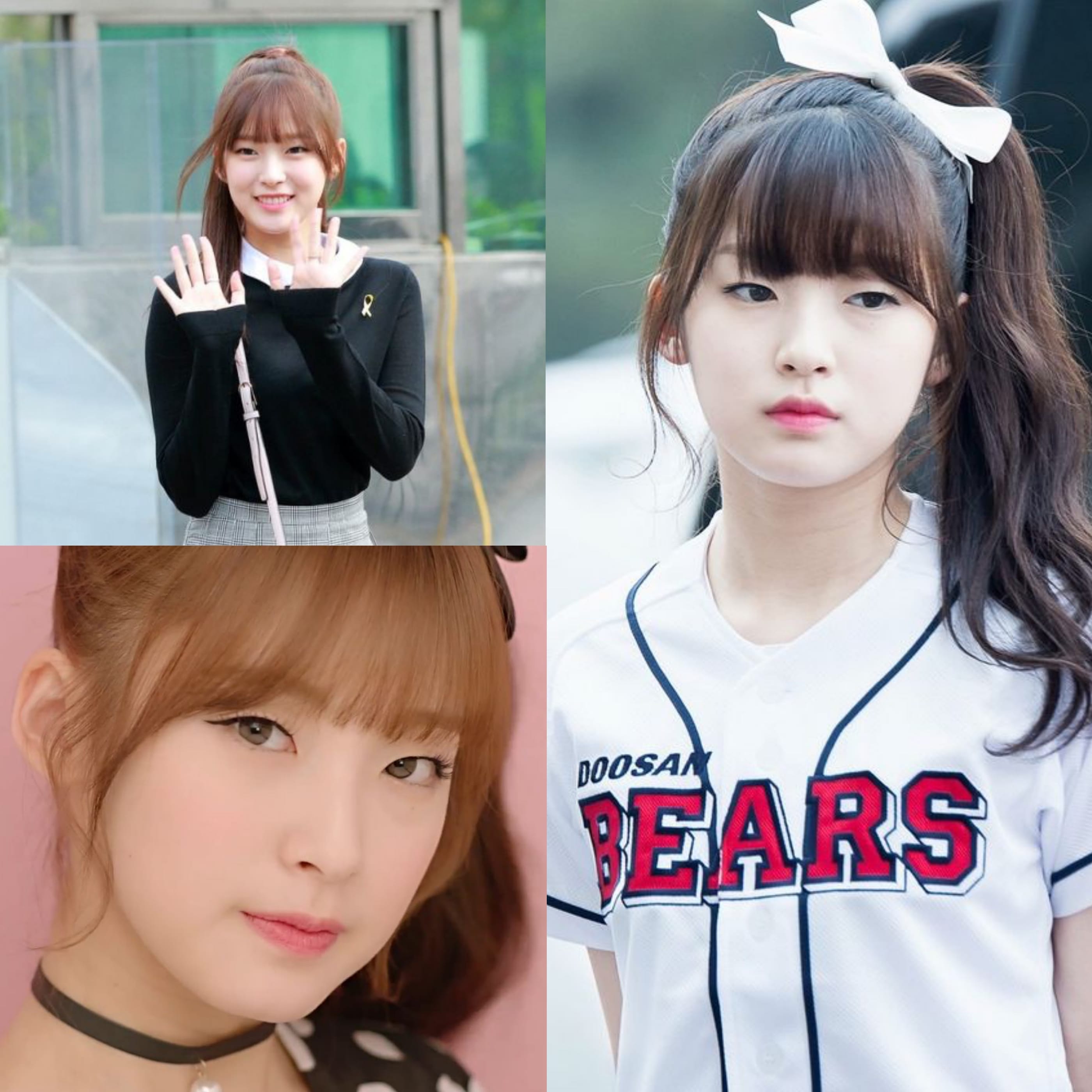 The GFRIEND members are all spot on, but SinB has that extra something special. Like other girl crushes, she’s got that vibe that makes her stand out. When she first appeared on the scene, netizens first noticed that she looked like Jessica, and when they dug up old photos of her, they could only conclude one thing: that she’s a natural beauty. Watch her do a sexy version of a GFRIEND hit and end up laughing at herself here: 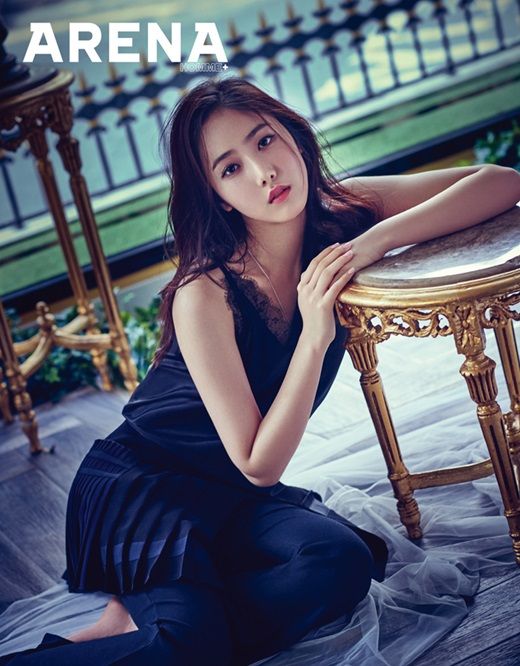 Netizens are all abuzz about Minah’s legs, as they show off her curvy, healthy image. In an interview, she said that she doesn’t manage her legs at all through workout or diet; she’s just born with it. When she started doing dramas, she said in an interview, “I know I am not pretty. I used to get hurt by comments saying ‘Non-celebrities are prettier than you,’ ‘How did you become a celebrity?’ and more. But I was able to heal that pain through [the drama character] Gong Shim. She let me know that it’s okay not to be pretty. So I decided to be an unpretty celebrity.” But everyone thinks otherwise.

Which female K-pop idol do you admire the most? Let us know in the comments below!