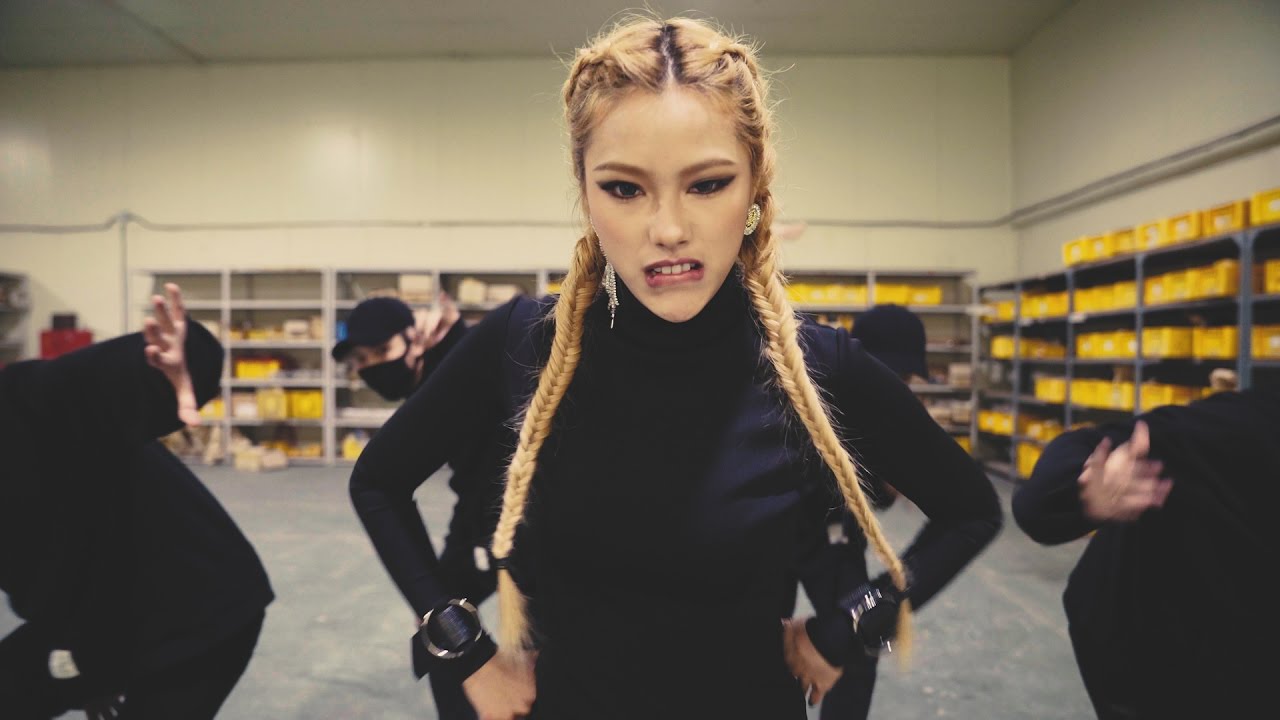 Keeping up with every new artist or comeback can be difficult — especially with how fast things move in the K-pop world. If you’ve been trying to get into some new music but don’t know where to start, here’s a collection of 20 releases (in no particular order) you might’ve missed from the year so far.

Solo artist I’M may have the same letters in his name as MONSTA X rapper I.M., but make no mistake: they’re not the same person. In fact, if you follow Topp Dogg, you already know I’M as former member Seogoong. I’M made his solo debut in 2016 with “Try” and followed up that track earlier this year with “Save Me.” I’M’s deeply rich vocals are a perfect fit for this lush and sultry R&B tune, and it’s one of my personal favorites from this list.

It’s gotta be illegal for a band to be this good. Seriously. Having debuted in 2013, MAS 0094 is by no means a new band. The guys have spent years busking and releasing singles to establish their name in the music scene. But if you haven’t had the pleasure of stumbling upon their tunes, let their January release of “Make Some Noise” be your formal introduction.

BONUSbaby – “If I Become an Adult”

If you’re into Japanese music, you’ll definitely love BONUSbaby’s sound. The rookie girl group keeps the momentum from their January debut growing with their April comeback song, “If I Become An Adult.” It’s energetic, fresh, and a clear introduction as to who they are as a group. We can’t wait to hear what the girls will release in the future.

Fierce female artists make the world go round. GIRLS GIRLS’ Miso kills the game with her solo debut track “KKPP.” This song showcases every facet of Miso’s strong presence as an artist — from her hard-hitting rap and dance to her smoky vocals at the hook. If you’re in need of a bold anthem, look no further.

WeAreYoung – “Only I Love You”

This is the kind of music that makes you want to spend all day in your local coffee shop drinking the warmest of café drinks — even if it’s 90 degrees everywhere else. New duo WeAreYoung gives us the sweet acoustic comeback song of our dreams with “Only I Love You.” Fall in love with it below.

There’s no better feeling than finding out a group you thought disbanded years ago is still out there making music. Having debuted in 2010, F.Cuz is a veteran group to many current idols out there. Though they disappeared for a moment, the group recently reemerged onto the scene with the single “Pretty.” It’s a soothing tune for old fans and new ones alike, and it’s great to see this seasoned group still producing music independently.

Shin Ji Hoon – “You Are a Star Already”

This is one of those songs you put on when you want a real good cry. That’s the best way to describe it. Former “K-Pop Star 2” contestant Shin Ji Hoon lends her silvery vocals to this delicate tune that’s sure to have you staring up at the clouds contemplating your life (or crying your eyes out at how beautiful it is). Either way, “You Are a Star Already” will definitely have you deep in your feelings.

The best thing about idols leaving their groups is that we finally get to see more of their individual charm that doesn’t always shine through in a group dynamic. Former Nine Muses member Moon Hyuna showcases her unique sound through her dreamy debut release “Cricket Song” below.

Don’t let this group slip off your radar. Having debuted in 2015, VAV made their most recent comeback with “Venus (Dance With Me)” back in February. It’s a groovy dance anthem that will absolutely stay stuck in your head long after the first listen.

Melody Day – “Kiss on the Lips”

Eternal summer soundtrack alert! Already ahead of the game, girl group Melody Day released their tropical, upbeat comeback “Kiss on the Lips” back in February. Now that the weather’s heating up, there’s no time better than now to throw this song back in rotation and get ready to have plenty of fun in the sun.

You know that feeling you get when a song starts and you just know it’s gonna be good? That’s exactly the type of feeling soloist Paul Kim gives you the moment you hear his velvety warm vocals in “Wanna Love You.” See for yourself when you listen below.

After debuting last year, rookie boy group New Town Boyz are already back with comeback song “Like A Birthday.” The catchy tune is easy proof that this group is one with potential. Coming from a smaller label doesn’t mean a group has lesser talent, so keep your eye out for these guys. With the right promotions, New Town Boyz could easily be a hit.

Girl power reigns supreme in this collaboration single between Cosmic Girls’ Exy, former The Ark member Euna Kim, and soloist ZIA. “Love Therapy” is as relatable as it is relaxing, and it’s a seamless fit into your favorite playlist.

After their 2015 debut, boy group ROMEO is back with the charismatic single “Without U.” It’s a super addictive song and only the start of their 2017 promotions. Most recently, the group returned with “Stay With Me” earlier this month.

It’s someone’s birthday somewhere. Whether or not that someone is you, former GLAM member Jiyeon (now going by the stage name Lucy) has the perfect anthem. “B-Day” is an energetic debut for the new soloist, and featured rapper Kisum makes the single even better.

Slowing things down for all the ballad lovers out there, boy group B.Heart is here to melt your hearts with their March release of “Good Day.” Get ready to fall for yet another group when you hear their soothing vocals below.

Can we just pause for a moment and talk about how great of a debut this is? Soloist I did not come to play games. If “I Wish” is any indication of her talent, we’re sure we’ll be seeing more of her in the future.

IMFACT – “Please Be My First Love”

Dropping three singles already this year, IMFACT is in no hurry to slow things down. The group has shown multiple levels of their charm recently — from the EDM feel of new release “Tension Up” to the easygoing, more heartfelt vibes of “In The Club” and “Please Be My First Love.”

Imagine if the person you were dating bottled up all of the little things they loved about you and put it in a song. That’s what R&B duo G.Urban does in their recent single “I’ll Give It to You.” It’s so romantic and beautiful it’s almost as if the duo personally wrote the tune for you.

HA:TFELT, Suran, and former SPICA member Kim Bohyung together on the same track? It’s the collaboration you didn’t know you needed until it happened, and we’re so glad it did. “Cross Country” feels more like a debut track as a trio than the soundtrack to a drama. But if you had no idea what the drama “Cross Country” was before, you’ll definitely want to check it out after you hear this song.

Did you find a new favorite song from this list? Let us know in the comments!