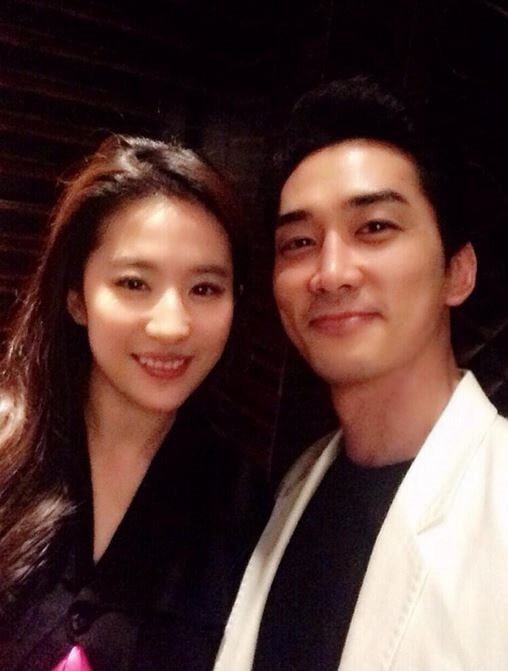 Song Seung Heon shut down rumors that he has broken up with actress Liu Yi Fei.

On May 27, a source from his agency said, “The reports by Chinese reports that Song Seung Heon broke up with Liu Yi Fei are untrue. They are still happily dating.” They emphasized, “This isn’t the first time they were wrapped up in breakup rumors. In particular, the reports that the breakup was due to the Chinese ban on Korean cultural content is simply wrong.”

The statement was made after a Chinese media outlet reported on May 25 that the couple had broken up. They had reported that the two had become awkward with each other after the Korean cultural content ban and that Korean netizens were against him dating her. They had also said that Song Seung Heon ended the relationship to bring back the fans who left him.

Meanwhile, Song Seung Heon and Liu Yi Fei have been in a public relationship since 2015 after meeting on the set of the movie “Third Love.” They were swept up in breakup rumors multiple times in the past as well.