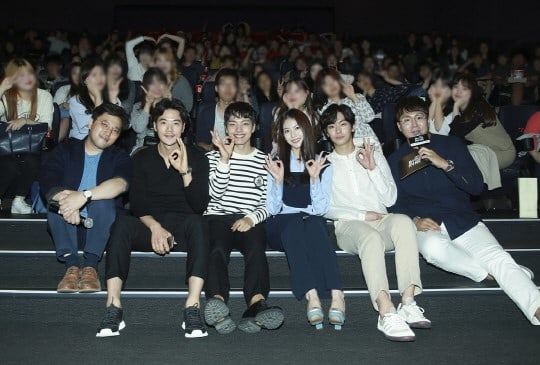 The cast members of tvN’s “Circle” will be doing something special when the drama hits 3 percent viewer ratings!

On May 28, the drama’s production team revealed images of cast members Yeo Jin Goo, Kim Kang Woo, Gong Seung Yeon, Highlight’s Lee Gi Kwang, and An Woo Yeon holding up signs that read, “When ‘Circle’ exceeds 3 percent ratings, we will give out coffee to 300 people.” 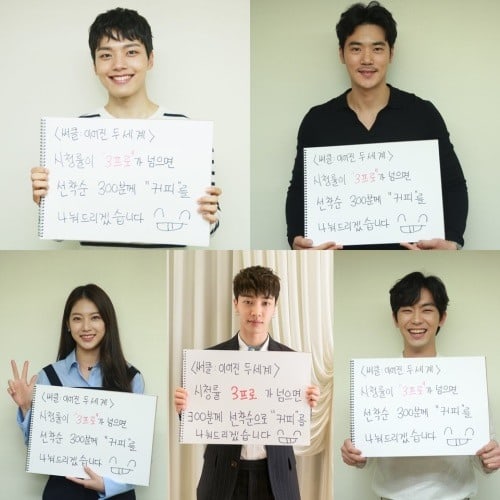 A source from the production team explained, “The story will become more interesting as the search for the truth officially begins on episode three.”