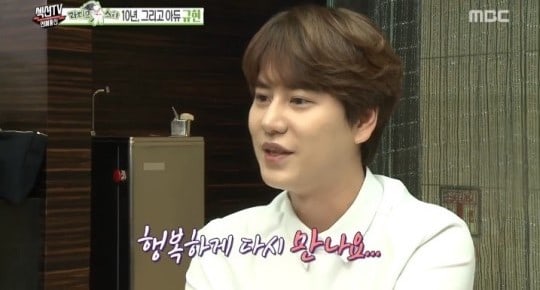 The episode of MBC’s “Section TV Entertainment Relay” that aired on May 28 followed Super Junior’s Kyuhyun as he filmed his last episode on “Radio Star” before his military enlistment.

Kyuhyun first joined the show as an intern MC and has since made his mark on the show, standing shoulder to shoulder with the other, more experienced MCs. The idol even teared up as he looked back on his time on “Radio Star.” 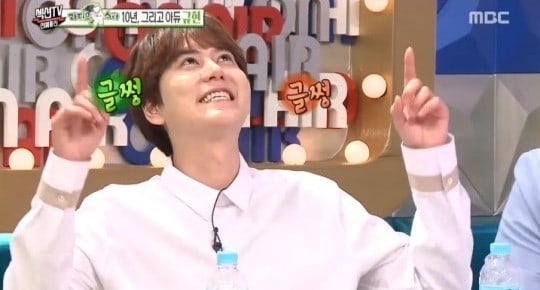 Though he said that he had a good night’s sleep ahead of his final day on set, Kyuhyun seemed a little mellow and less energetic than usual. To comfort him, Kim Gura chimed in and said, “The hardest thing will probably be training with kids who are Donghyun [MC Gree]’s age. I, alongside Kim Gook Jin and Yoon Jong Shin, will do our best to stay healthy and keep this show going till you return.” 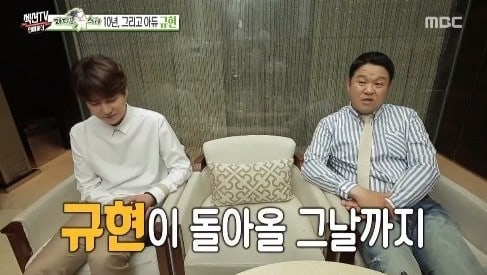 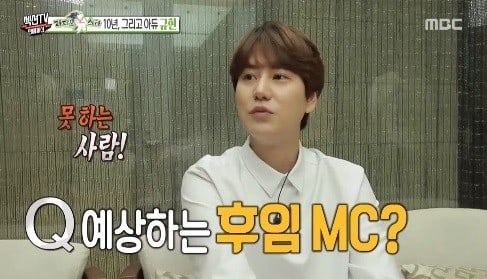 When asked who he would like to have as his successor, the idol joked, “I want it to be someone who’s bad at the job.”

His final words were, “I kept saying that I would go, and now that time has come. I hope that when we meet again, it will be a happy reunion.”

Catch up with the latest episode of “Radio Star” below!