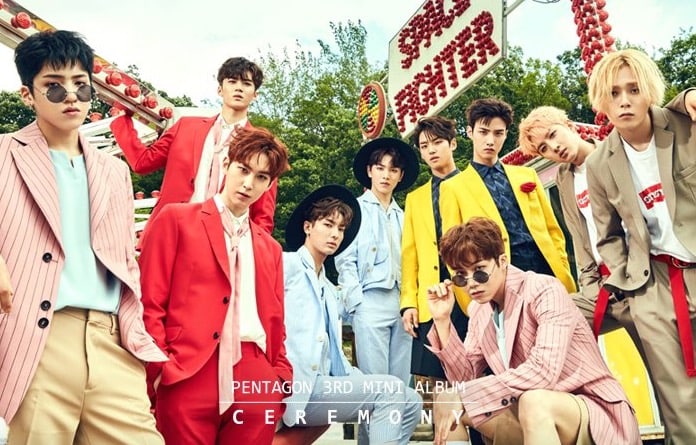 “Ceremony” will be released on June 12 at noon KST. What do you think of the songs?

After releasing their beautiful teaser photos, PENTAGON has now shared a track list for their new mini album “Ceremony”!

The mini album will include a title track that does not yet have an official English title, but is called “So Pretty” in Korean. With seven songs in total, it also features their previously released song “Beautiful” that was produced by BTOB’s Ilhoon, as well as a song entitled “Thank You” by just Jinho and Hui, with Hui both composing and writing the lyrics for the track. 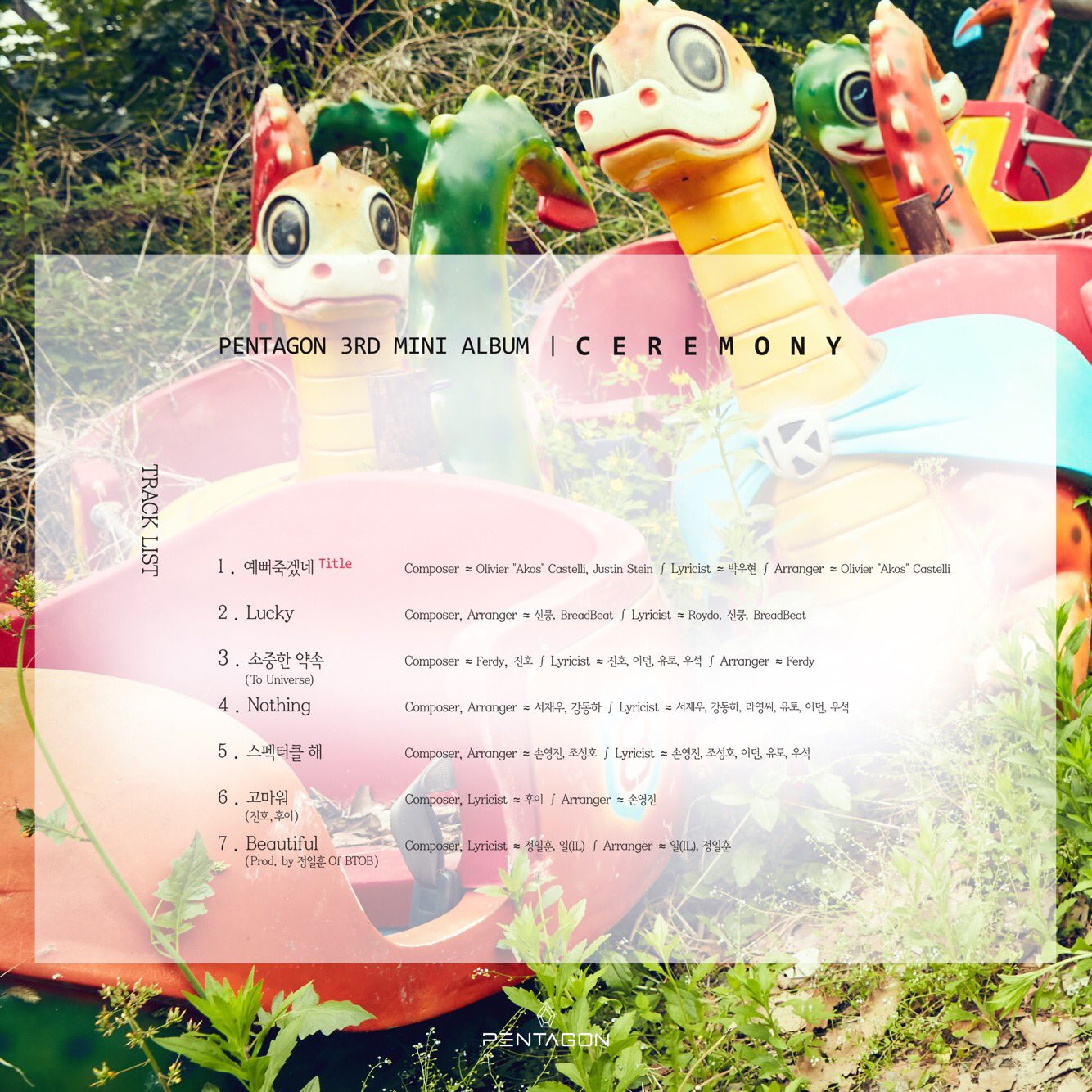 PENTAGON has released their second batch of concept photos, and they present yet another side to the group! 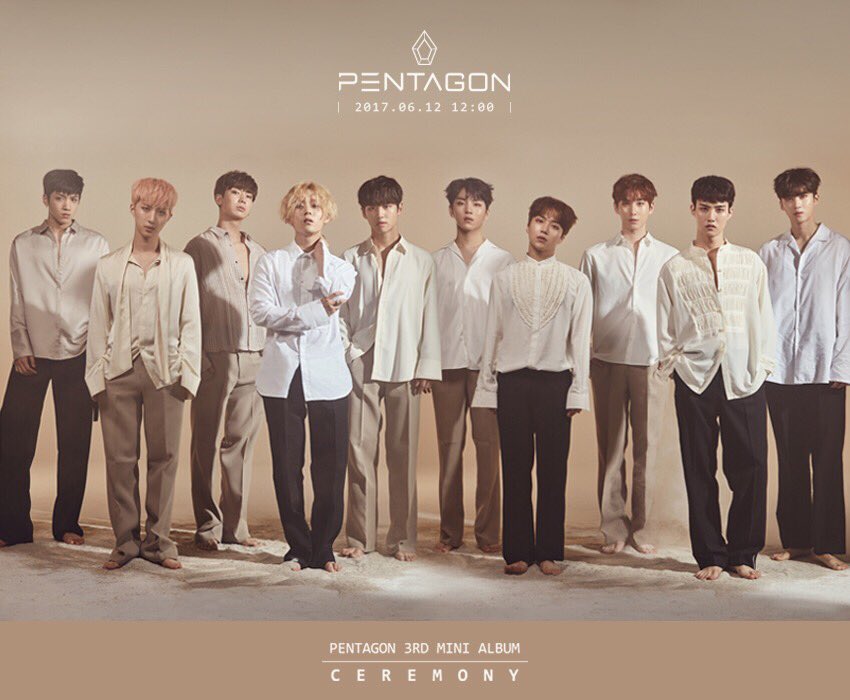 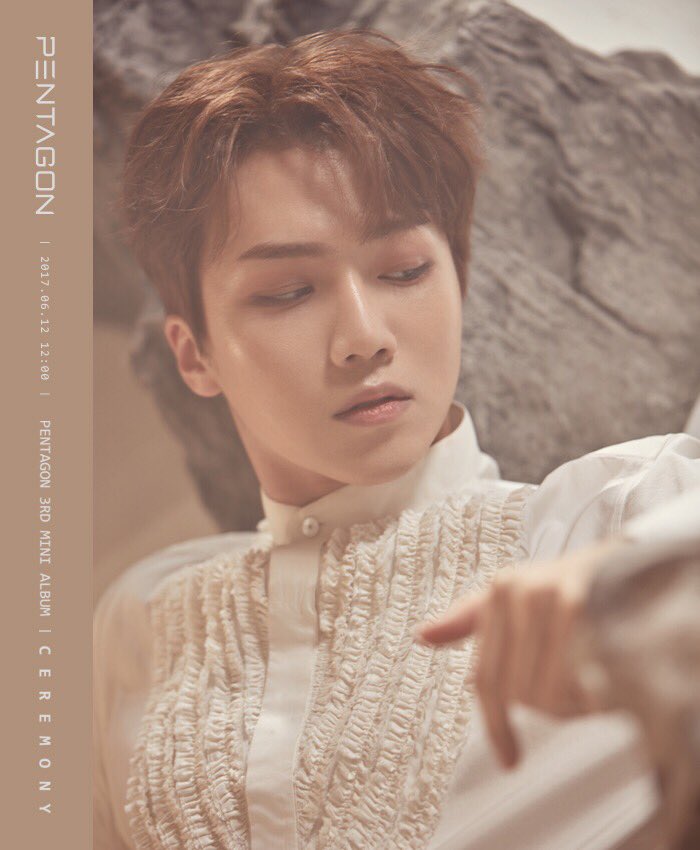 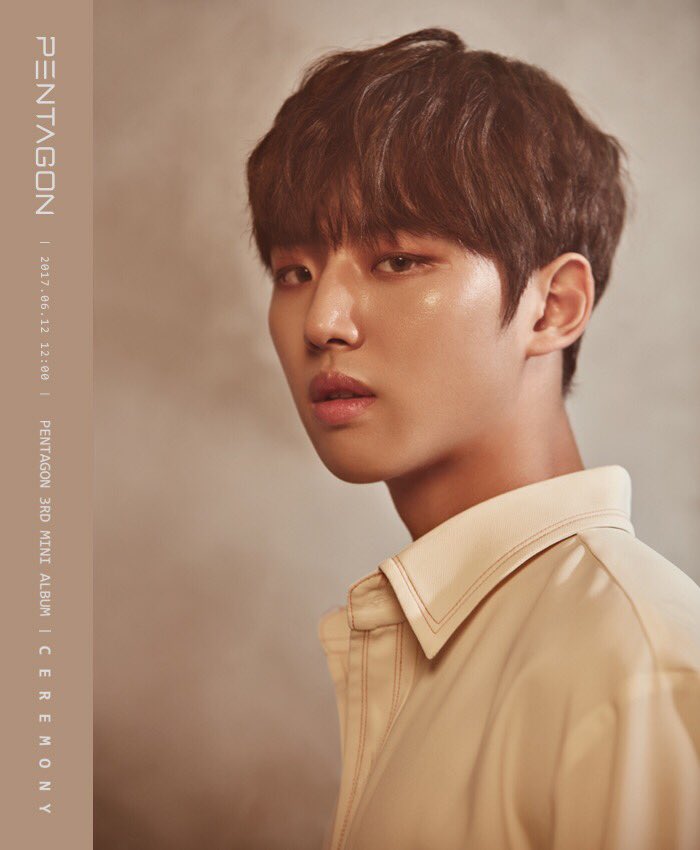 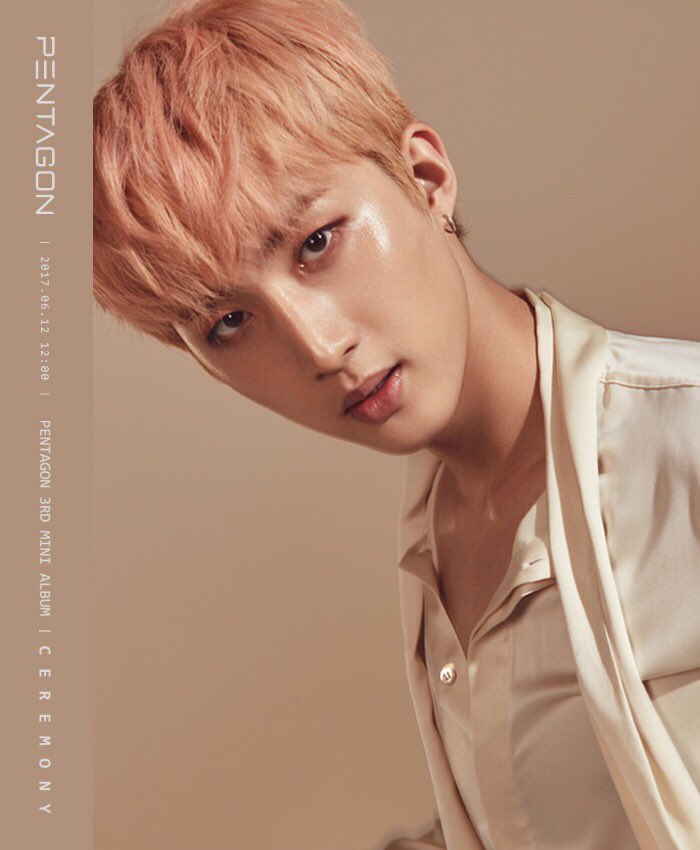 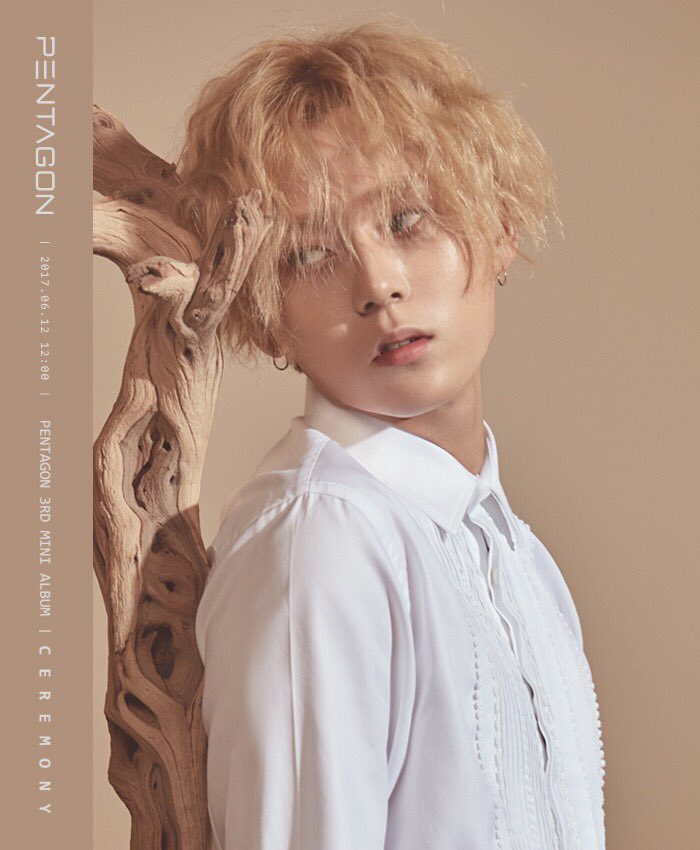 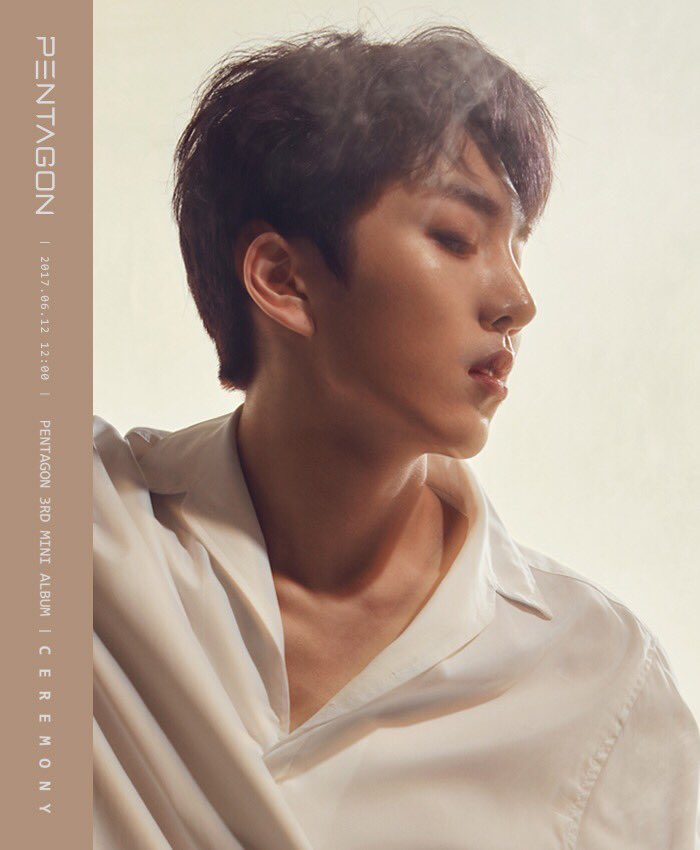 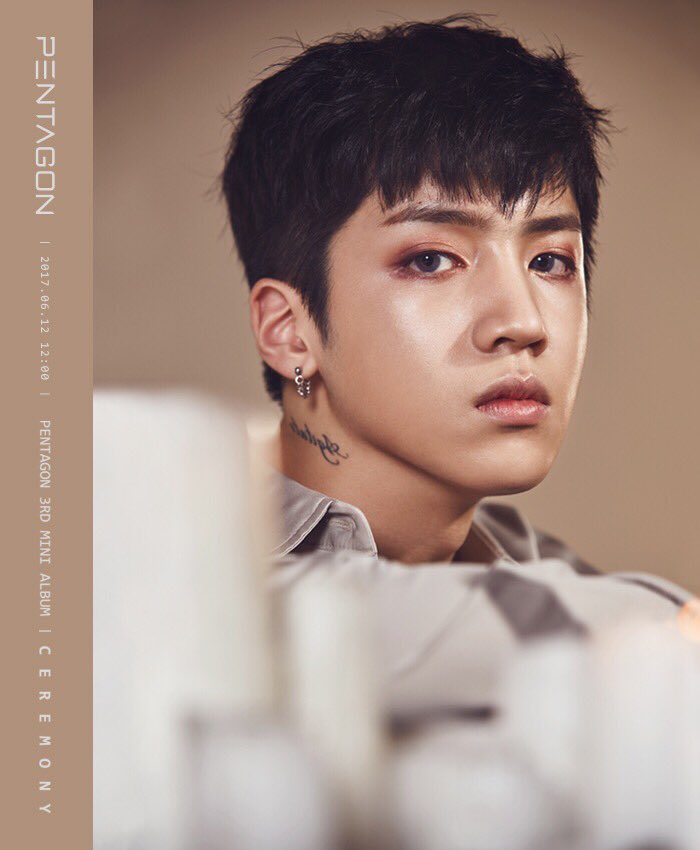 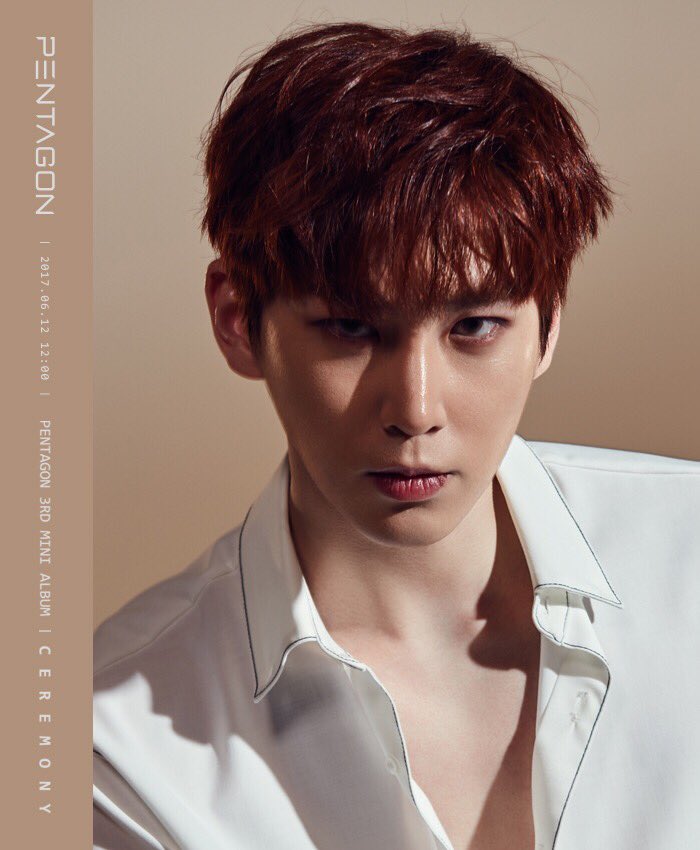 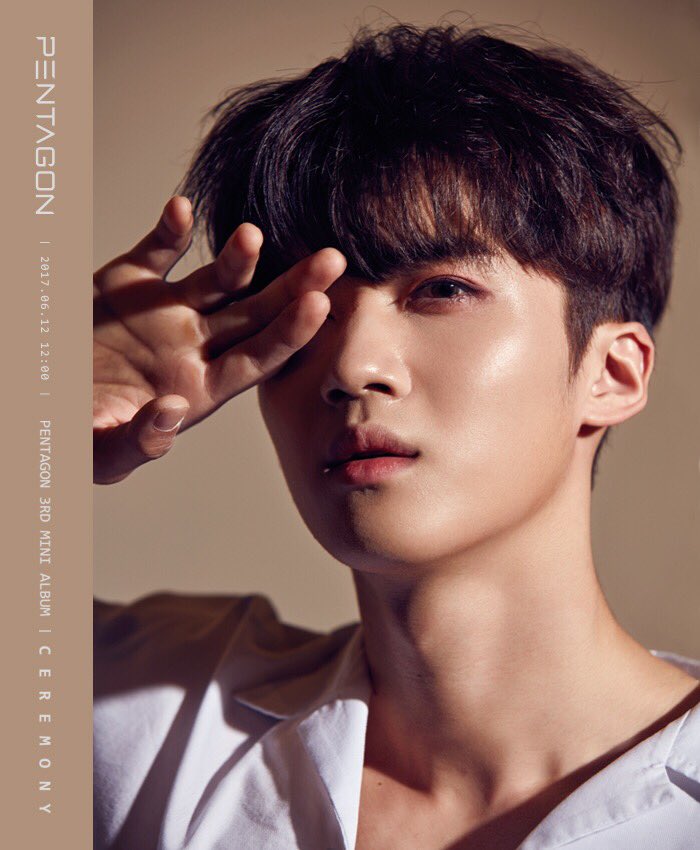 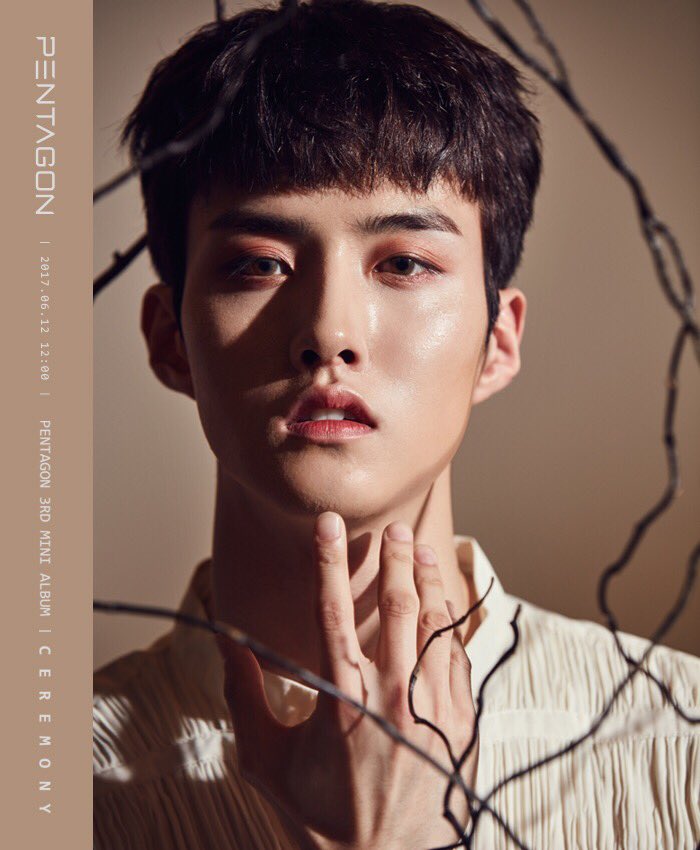 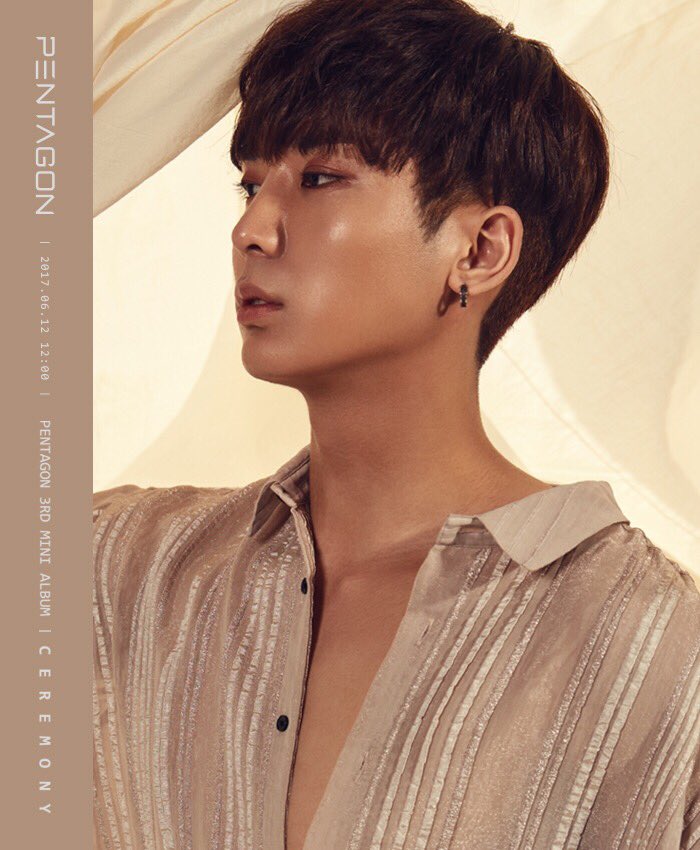 PENTAGON has finally released a look at the concept for their upcoming comeback!

In the new teasers, the first of two photo teasers according to their official schedule (see below), the boys of PENTAGON look ready for summer as they pair off two by two. 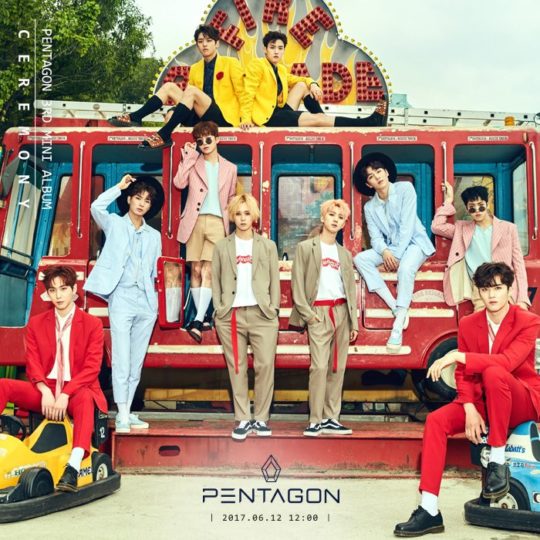 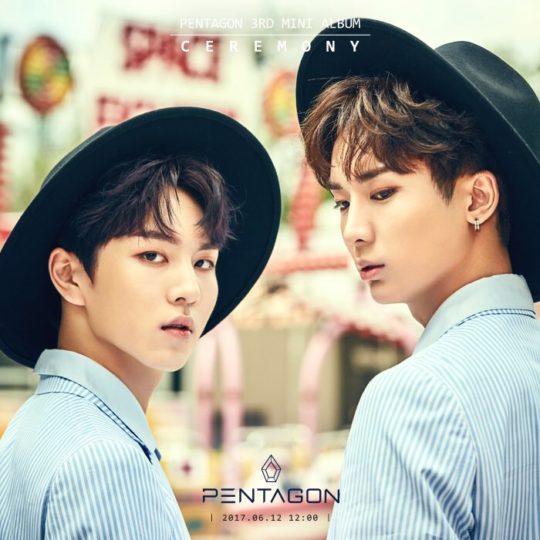 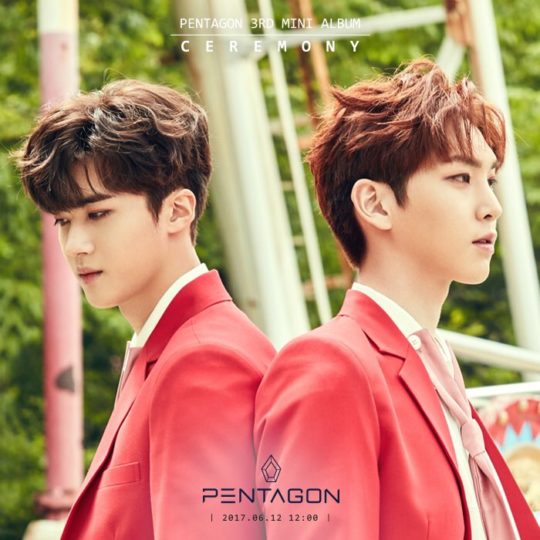 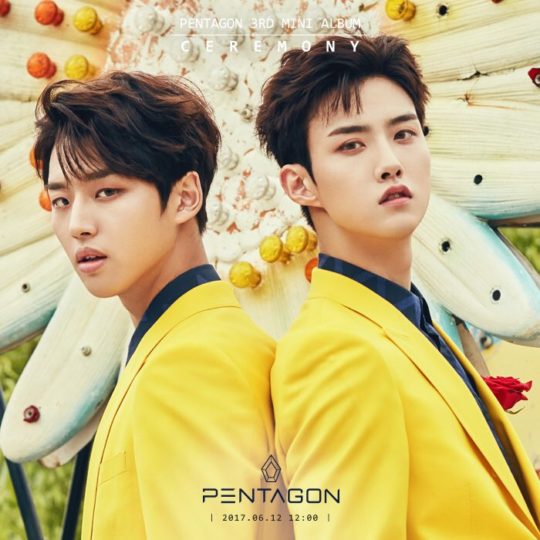 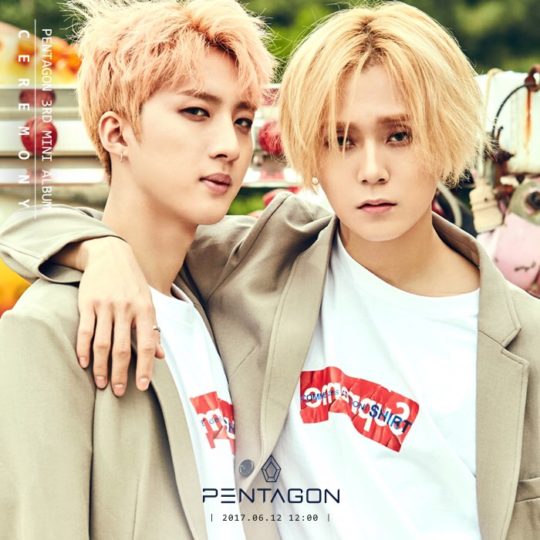 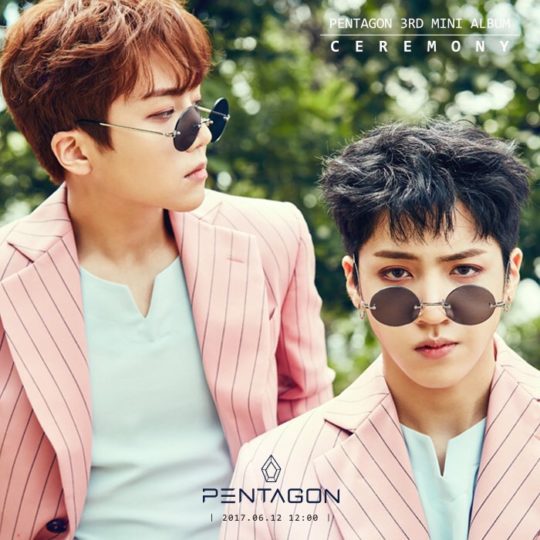 PENTAGON is planning to release their third mini-album “Ceremony” on June 12. They announced earlier this week that member Yan An would be sitting out promotions due to an injury.

PENTAGON has now shared a schedule for their upcoming return. Check it out below!

PENTAGON is gearing up for a comeback!

On May 29 at midnight KST, PENTAGON announced the upcoming release of their third mini album. Titled “Ceremony,” it is set to drop on June 12 at noon KST.

Meanwhile, two members of PENTAGON, Hui and E’Dawn, have been promoting as part of the unit Triple H with HyunA. PENTAGON also released the track “Beautiful” (produced by labelmate BTOB’s Ilhoon) earlier this month.

This will be their first group comeback since their second mini album “Five Senses” in December.