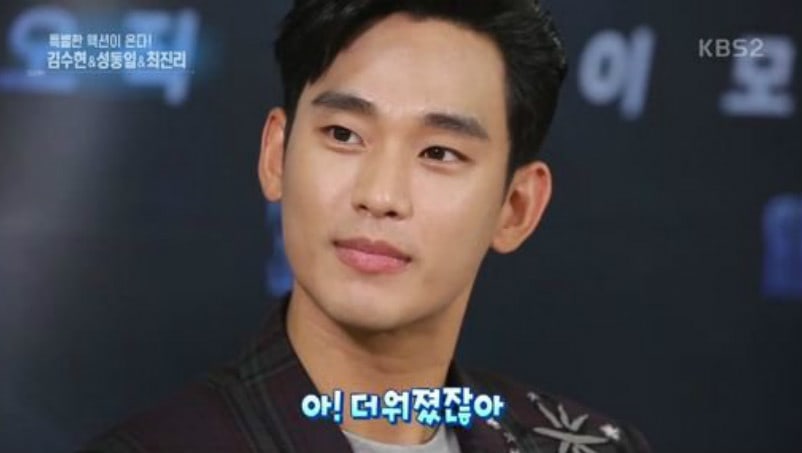 On June 2, KBS 2TV’s “Entertainment Weekly” caught up with Kim Soo Hyun at the showcase for his upcoming movie, “Real.”

During the interview, Kim Soo Hyun shared his experience playing two different roles in one, in the movie. He said, “I focused on the expressions seen through my eyes, and the audio,” and continued, “To be honest, because I was playing two roles, I had a hard time differentiating myself between the two. You can’t really see the difference in the roles at first glance. You have to watch it several times before you start to notice the changes.”

“Real” is an action thriller about two men who operate Asia’s biggest casino, and all the secrets they keep behind the scenes of the business. It will come to theaters at the end of June 2016.

Real
Entertainment Weekly
Kim Soo Hyun
How does this article make you feel?