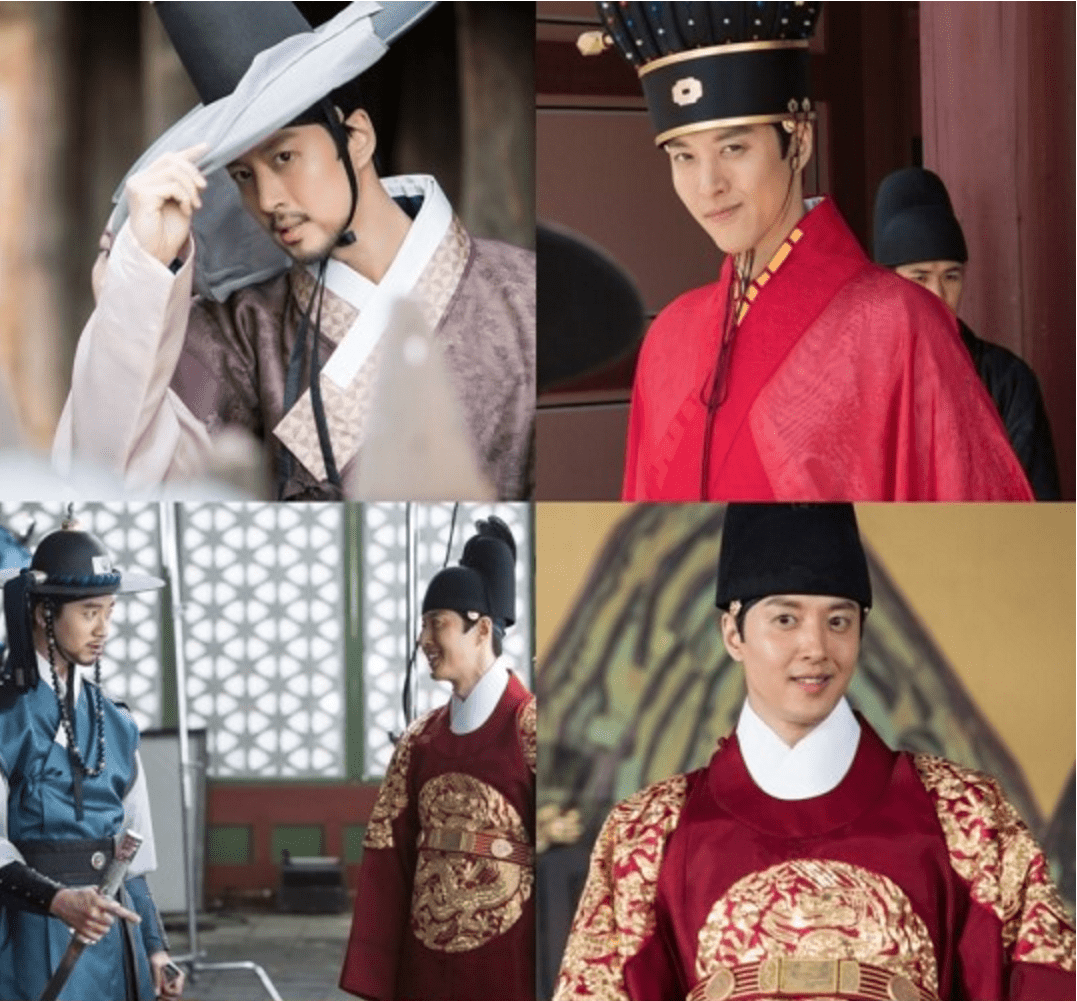 Lee Dong Gun showed a new side of himself in recent behind-the-scenes stills for “Queen for 7 Days.” 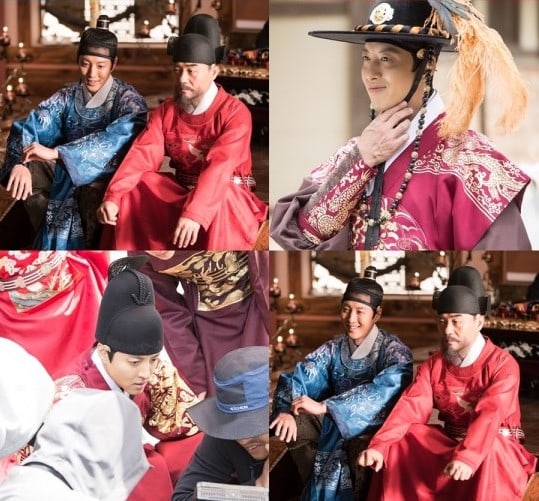 In the new behind-the-scenes stills, released on June 4 by the production staff of “Queen for 7 Days,” Lee Dong Gun can be seen in different historical costumes, monitoring his appearance with the director, waiting for a scene to start with his co-star Kang Shin Il, and giving the camera some cute sidelong glances.

“Queen of 7 Days” tells the story of Queen Dan Kyung (Park Min Young), who occupied the position of queen for the shortest time in Joseon history, and her relationships with King Jung Jong (Yeon Woo Jin) and King Yeon San Gun.