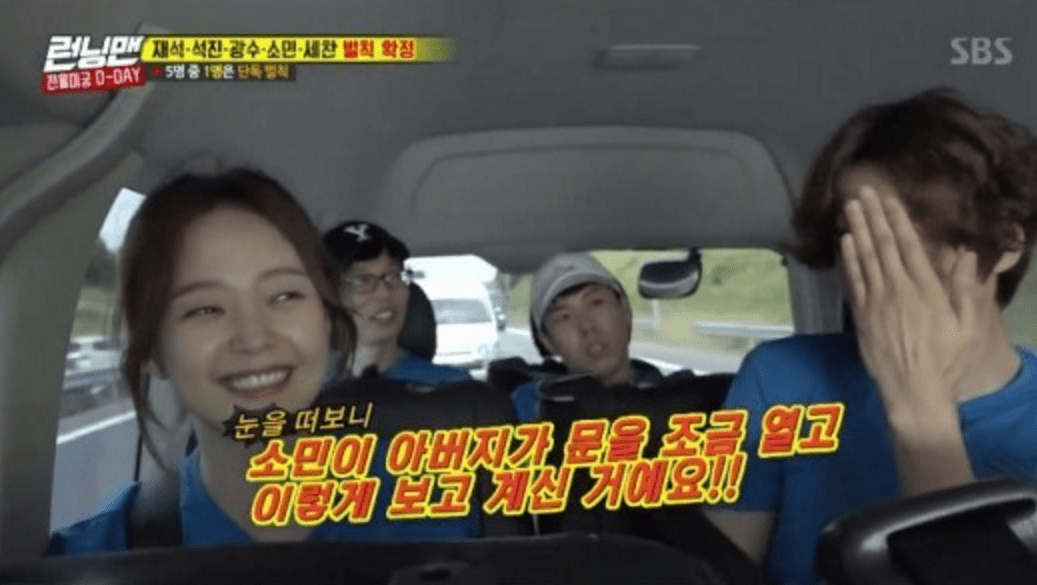 On the June 4 episode of “Running Man,” the members headed to Japan.

Song Ji Hyo, Kim Jong Kook, and Haha got the opportunity to tour Yokohama, but Yoo Jae Suk, Ji Suk Jin, Lee Kwang Soo, Jeon So Min, and Yang Se Chan had to compete to see who would receive a punishment. While on their way to the first mission, the members mentioned that Lee Kwang Soo had slept over at Jeon So Min’s house.

Yang Se Chan was curious about what happened and Lee Kwang Soo said it was a misunderstanding. Yoo Jae Suk then replied, “Nobody is misunderstanding anything. We have no interest in your relationship.”

However, Lee Kwang Soo explained that after he and the “Running Man” producing director (PD) had dinner together he had taken a cab home, but was so drunk that the cab driver called the last person in his call history, who happened to be Jeon So Min, and ended up at her house.

“I was sleeping but I felt someone looking at me,” Lee Kwang Soo said. “Jeon So Min’s father was looking at me through the gap in the door. I was so surprised and apologized but it turned out he wanted to take a picture with me.” 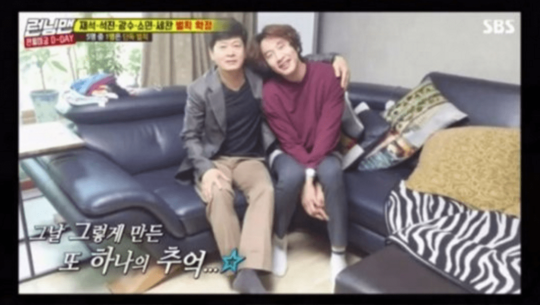 Jeon So Min added, “The taxi driver definitely said he was dead drunk, but as soon as he heard my voice he woke up immediately.”

Lee Kwang Soo
Jeon So Min
Running Man
How does this article make you feel?