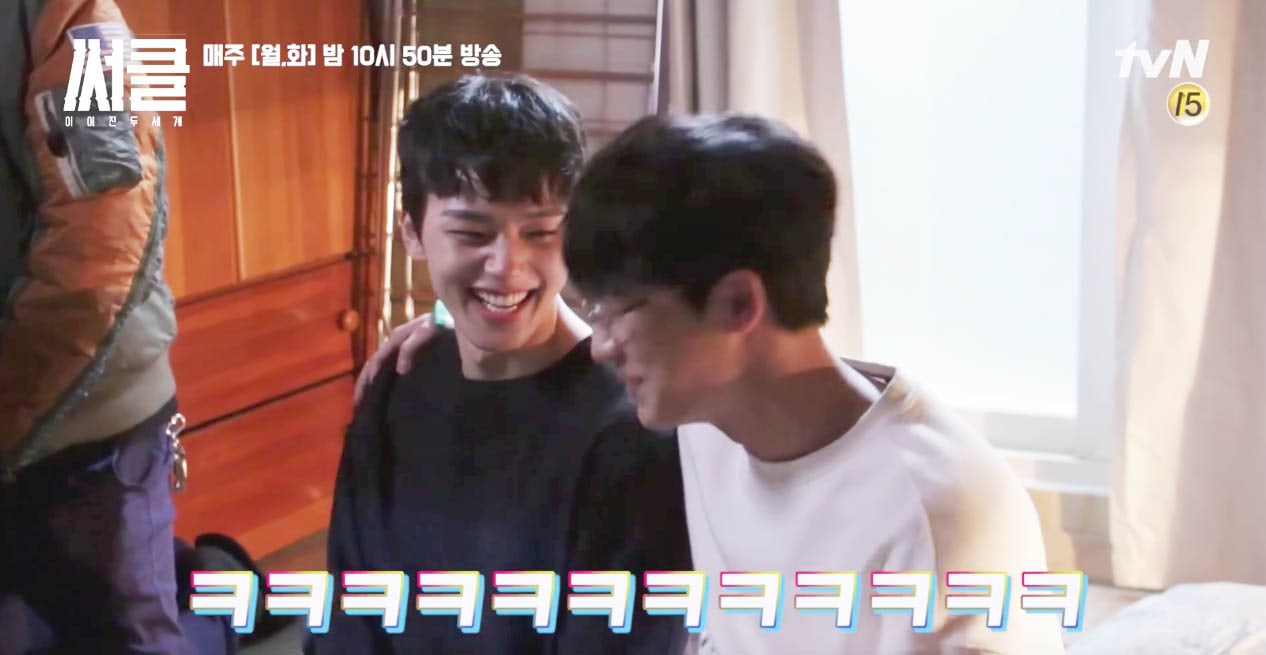 On June 4, tvN released a behind-the-scenes video featuring a hardworking Yeo Jin Goo who not only completes his parts in a professional manner, but also demonstrates a great deal of playful energy, which breaks the tense vibe that inevitably accompanies a sci-fi thriller drama.

Plus, tvN released another behind-the-scenes video featuring Kim Kang Woo and Lee Gi Kwang, who play characters in the narrative that takes place in 2037. Lee Gi Kwang mentioned previously that he had concerns about whether or not he would be able to pull off a character as complex as Lee Ho Su; however, it seems that the singer-actor does not have anything to worry about, as his solid portrayal of the character seems to help speed things along on set.