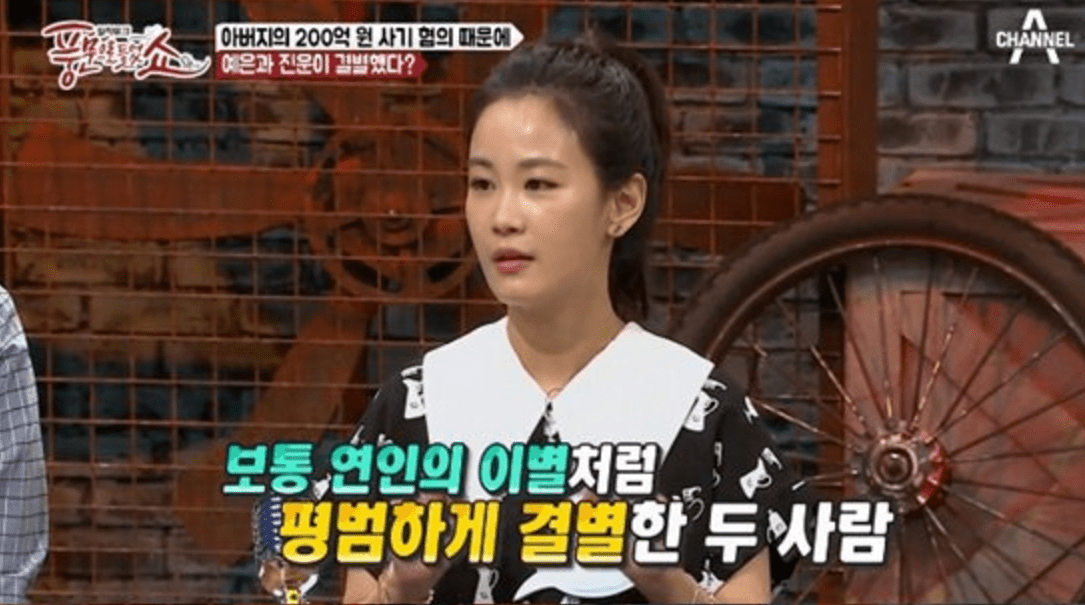 On the June 5 episode of Channel A’s “Heard It Through the Grapevine,” the show broke the news that Yeeun’s father had allegedly embezzled money using his position as a pastor and his daughter’s status as a celebrity.

In the same episode, broadcaster and comedian Kim Ji Min expressed her surprise at a video of Yeeun’s father shown during the show, saying, “I’ve heard her father speak as a pastor but I’ve never heard him mention money.” Kim Ga Yeon said, “It’s acceptable to preach sermons about social issues, but not for the purposes of running a scam.”

Han Eun Jung said, “It’s a hard problem [for Yeeun] because it’s her father. You can sue someone for using you, but if your parents do it, then there’s no easy way out.”

Kim Ji Min, who is friends with Jeong Jinwoon, also responded to the rumor that his breakup with Yeeun was caused by the scandal.

“The two of them enjoyed their time together,” she said. “They suited each other well. They broke up because they felt the time had come to break up. But because of the timing, Jeong Jinwoon came to have a negative image. It’s not like he can date her again to avoid that kind of finger-pointing, but he feels for her.”

HA:TFELT (Yeeun)
Heard It Through the Grapevine
Jeong Jinwoon
Yeeun
Kim Ji Min
How does this article make you feel?