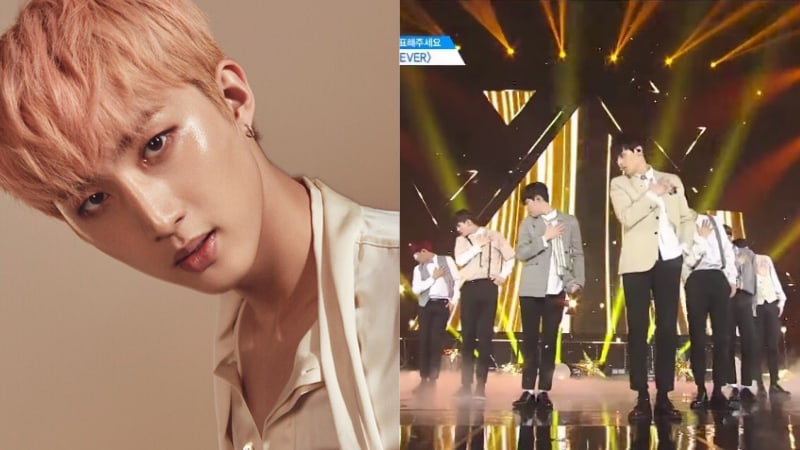 With “Never” continuing to reign on many of Korea’s major charts, PENTAGON’s Hui has taken to Twitter to thank listeners!

PENTAGON’s Hui played a major part in the creation of the now hit song “Never,” as he co-composed it with Flow Blow and wrote the lyrics along with fellow PENTAGON members E’Dawn and Wooseok. He also produced the track with E’Dawn and their fellow Triple H member HyunA.

As the songs from the “Produce 101 Season 2” challenge took over the charts shortly after their release on June 3, “Never” took the lead early on, even grabbing the top spot on all six major realtime charts.

As of June 8 at 1:30 a.m. KST, “Never” continues to maintain its long-held spot at the top of the weekly and realtime iChart (which aggregates data from all six major charts). The song is also No. 1 on Genie, Bugs, Mnet, and Naver’s daily charts and No. 1 on Melon, Mnet, and Naver’s realtime charts.

Hui wrote on PENTAGON’s Twitter on June 7, “Thank you for loving ‘Never’ so much. I couldn’t even have imagined this amount of love, haha. I’ll see you soon with an even better song and voice. Coming soon~~~.”

His fellow member Kino replied to the tweet to boast to everyone that “this genius composer” is his leader! “Thank you for loving ‘Never’ a lot,” he wrote.

In the midst of this huge success for its members, PENTAGON is currently gearing up to make a comeback with their third mini album “Ceremony” on June 12.

PENTAGON
Produce 101 Season 2
Hui
How does this article make you feel?