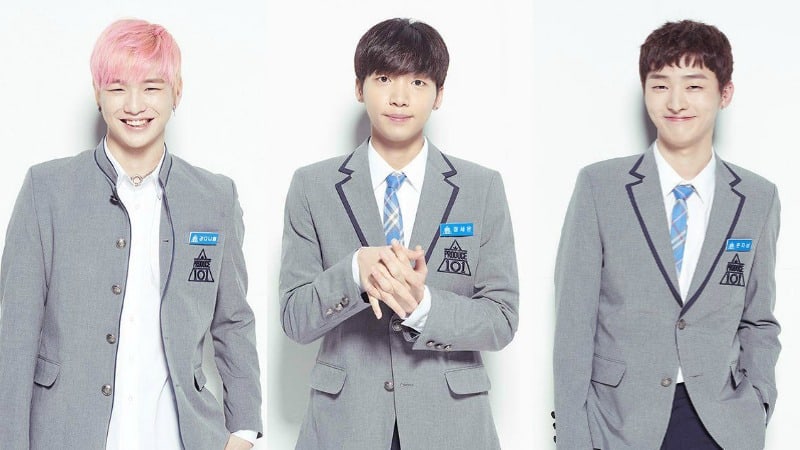 Who Did The “Produce 101 Season 2” Trainees Choose As Their Top Pick?

We know who viewers of “Produce 101 Season 2” are favor, but what about the trainees themselves?

In the latest episode of the Mnet survival show, trainees were asked who their no.1 choice “in their hearts” is among the other trainees. The trainee who was the top favorite was Yoon Ji Sung, with Kang Daniel at second, and Jung Se Woon at third.

Jung Se Woon from Starship Entertainment received the third most votes from fellow trainees, like Lee Eui Woong and Kim Dong Hyun, due to his unexpected personality. According to them, Jung Se Woon seems very calm and quiet, suggesting he is good at everything, but he actually makes a lot of funny mistakes. Additionally, Jung Se Woon is surprisingly good at picking things up, like dance moves, and when he sings, he attitude changes.

Second place was Kang Daniel from MMO, who was picked by trainees like Noh Tae Hyun, Ong Sung Woo, and Kim Tae Dong. They pointed out that when he smiles, Kang Daniel seems like a child, but on stage, he looks really sexy and know how to appear like that.

Yoon Ji Sung from MMO placed first, chosen by trainees like Yoon Seon Ho, Im Young Min, Kang Daniel, and Choi Min Ki. Yoon Ji Sung first seemed like he meddled too much in other people’s business and complained a lot, but he really just has a lot of affection and takes care of the younger trainees. Im Young Min added, “He probably doesn’t know how much I depend on him.” Kang Daniel also revealed, “I call him ‘mom’.”

You can watch interviews below: