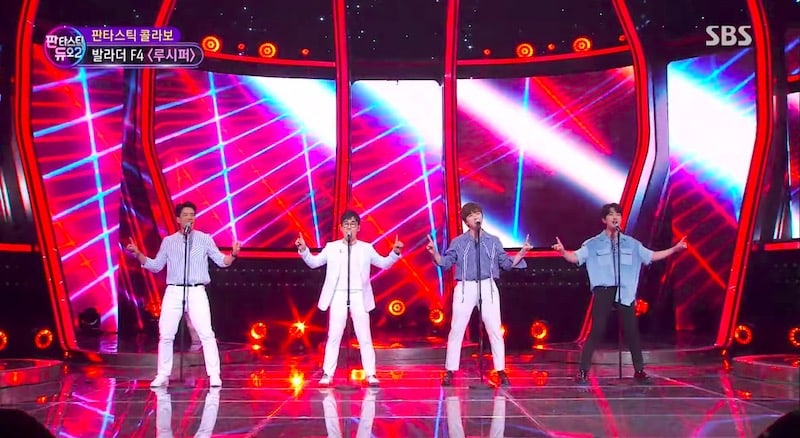 As expected, the much-anticipated “Lucifer” collaboration on “Fantastic Duo 2” was truly amazing!

On June 11’s episode of the competition show, renowned singer Kim Yeon Woo took the stage for a special performance with three of his big fans: SHINee’s Onew, B1A4’s Sandeul, and Changmin of 2AM and Homme.

The four talented singers teamed up for a rock rendition of SHINee’s hit track “Lucifer,” and they’re bound to blow you away with the killer performance.

Kim Yeon Woo even attempts to do part of the song’s choreography with Sandeul, and cracks everyone up when he gets them to start the song over again after he makes a mistake. The second time, everyone seems impressed when he pulls off the moves.

SHINee
2AM
B1A4
Changmin (2AM)
Kim Yeon Woo
Onew
Sandeul
How does this article make you feel?