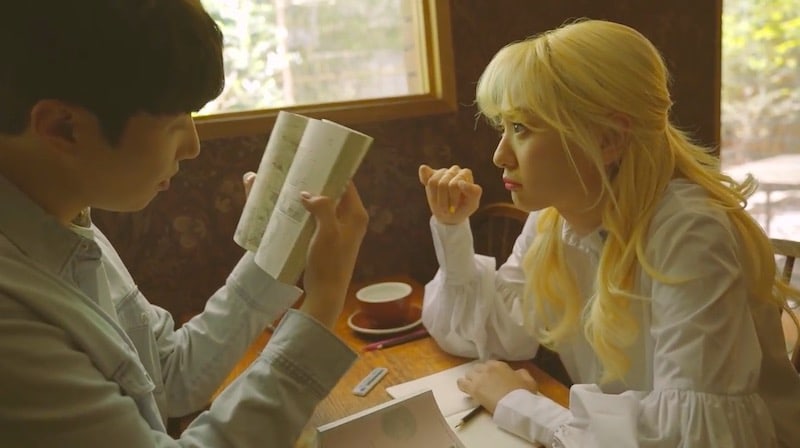 Beloved indie duo Bolbbalgan4 and singer-songwriter 20 Years of Age (real name Hwang Dae Hyun) have teamed up for a beautiful new acoustic track that has already won over the public in Korea.

On June 14, the trio released a music video for their collaboration “We Loved,” in which 20 Years of Age and Bolbbalgan4’s Ahn Ji Young act as a melancholy and contemplative couple heading towards a breakup. The video itself is what you might imagine while listening to the calming track, with plenty of soft colors and sunlit scenes that are a perfect fit for enjoying on a summer day.

“We Loved” was released for download on June 13, and has already taken over the charts in Korea. As of June 14 at 10:30 p.m. KST, the song is No. 1 on all major realtime charts (including iChart’s own realtime chart), and No. 1 on four out of six major daily charts. 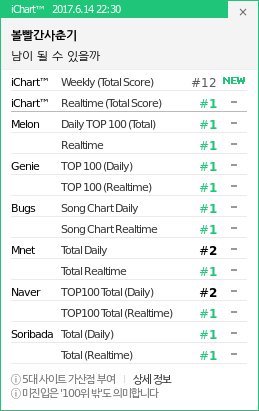 After the group reached No. 1 on Melon’s realtime chart, Ahn Ji Young posted on her Instagram to write, “Everyone… I love you… truly.”

This is far from the first chart success for the popular duo Bolbbalgan4, who appeared on “Superstar K6” in 2014 and made their official debut in 2016. They released a full album entitled “Red Planet” in August of that year, and their songs such as “Galaxy” and “Tell Me You Love Me” swept the charts in Korea.

20 Years of Age is the duo’s label mate at their agency Shofar Music, who debuted in 2013 and recently released a mini album last December.

What do you think of Bolbbalgan4 and 20 Years of Age’s new track?

20 Years of Age
BOL4
How does this article make you feel?