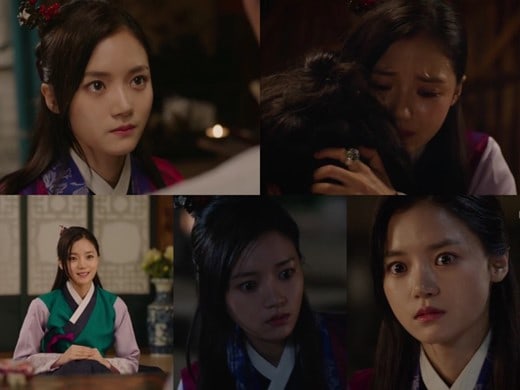 Actress Go Bo Gyeol made her first appearance on KBS 2TV’s “Queen for 7 Days” this week, and she did not disappoint.

“Queen for 7 Days” has been praised for its solid acting from both the child and adult actors, as well as its beautiful cinematography and direction, which led to some apprehension regarding Go Bo Gyeol’s entrance, given that she is a rookie actress jumping into her first ever historical drama.

However, from her first scene, the actress turned any concerns viewers may have had into anticipation, expertly navigating the complexities of her character with a wide range of emotions, not to mention she has already mastered the style of speech, dress, and manner specific to historical dramas.

Previously, Go Bo Gyeol has taken on roles in dramas such as “Producer,” “Dear My Friends,” and most recently, tvN’s famed “Goblin.” She has also done a handful of indie films like “Grand Father” and “Curtain Call.”

In the wake of her first appearance on “Queen for 7 Days,” viewers are looking forward to watching her play out her character Yoon Myung Hye with her particular brand of charismatic acting.

Queen for 7 Days
Go Bo Gyeol
How does this article make you feel?