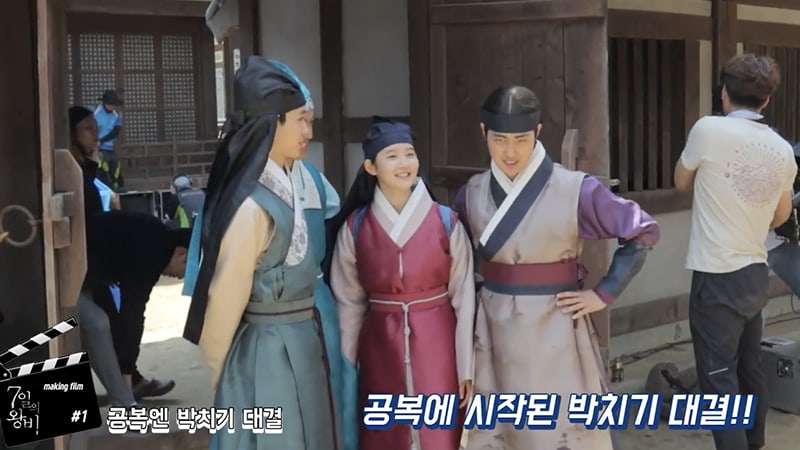 On June 16, KBS uploaded the first making video for the child actors from “Queen For 7 Days.”

In the next clip, they are seen filming a scene where they run into each other head on. The actors shoot the scene over and over again, bumping into each other repeatedly.

The cameraman asks, “Is your head alright?” To which the Baek Seung Hwan replies, “It didn’t hurt that much,” and Park Si Eun replies with a smile, “I’m fine. My head is pretty hard.”

In another clip, Park Si Eun and Bae Seung Hwan are shown crying sadly while looking into each others’ eyes. The two actors are completely immersed in their role, and create an emotional scene for the drama.

The child actors made their last appearance on the fourth episode of “Queen For 7 Days.”

Queen for 7 Days
Baek Seung Hwan
Park Si Eun (2001)
How does this article make you feel?