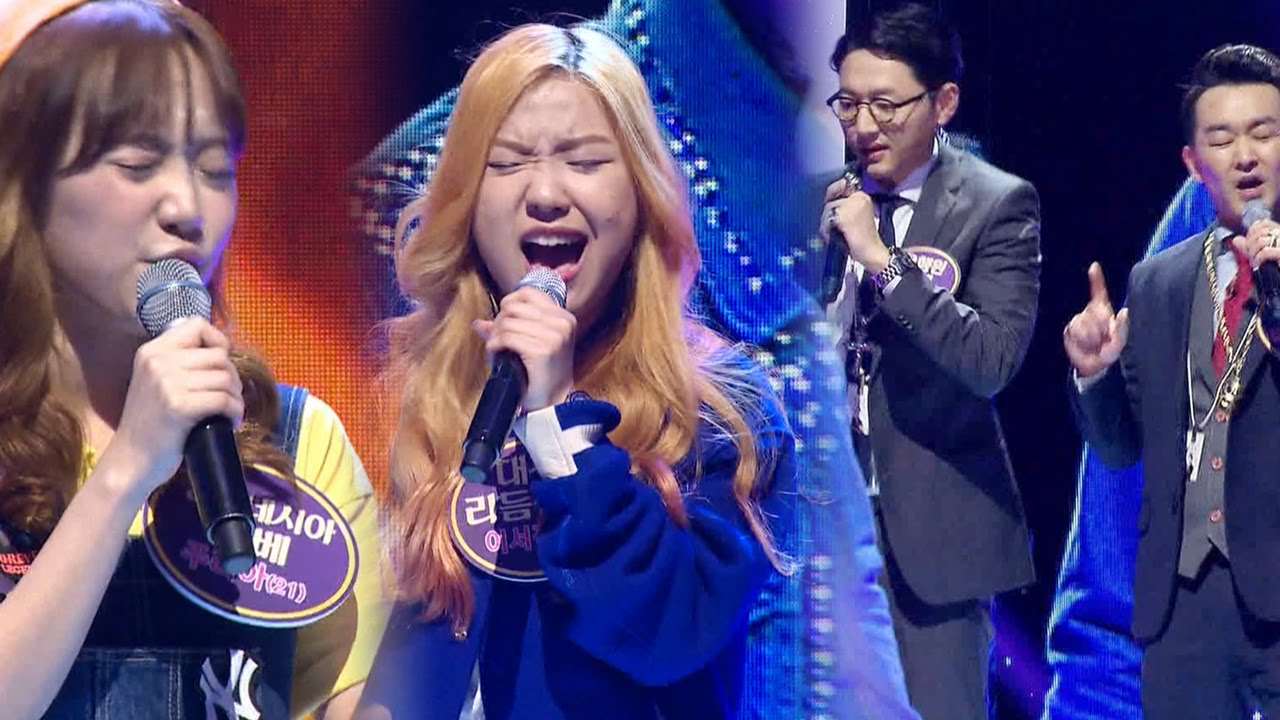 11 Epic Vocal Performances From Variety Shows To Bless Your Ears

Have you ever watched a random performance of a random idol on a random show, and suddenly it’s four hours later and you’ve basically watched all the “K-Pop Star 2” clips that exist on the internet? Well, this list of amazing variety show performances won’t help that habit, but it will certainly assist in sending you down the rabbit hole!

While Hyorin is widely known for being blessed with incredible vocals, her partner also impresses listeners with her impressive vocals and completely wows the audience. That high note at the end is sure to make you do a double take!

Check out the latest episode of “Duet Song Festival” below!

If you haven’t listened to these two belt out “Eyes, Nose, Lips,” stop what you are doing this instance and start watching. This pairing is truly a fantastic duo because their vocals complement each other so well!

This EXO member performs this classic flawlessly! Chen’s vocal talents shine throughout this performance as he demonstrates his capabilities as not only an idol, but as a singer.

This performance by three of the iKON members takes you for a ride! While it starts off slowly, iKON adds their own style to the song and makes the performance mellow and exciting at the same time.

This performance is memorable for a variety of reasons. Perhaps it is because of Kwanghee’s fanboying over G-Dragon and Taeyang or maybe it’s because of the retro feel brought on by the 1988 Olympics theme. Their performance even makes IU nervous!

This emotional performance is one that will move you to tears. K.Will does an amazing job of embodying all the emotions.

Kim Young Geun’s “Superstar K 2016” audition is one that will knock you off your feet. It’s no surprise that he goes on later to win the whole thing!

Another phenomenal survival show performance is brought to you by “K-Pop Star 5” champion Lee Soo Jung. She pours her heart and soul into this performance and completely wows the judges, viewers, and the other contestants.

Check out the first episode of “K-Pop Star 6” below!

Those faces of shock exhibited by all the spectators, including the members of TWICE, accurately depicts the feelings that this performance gives. She is incredibly talented and deserves all the attention in the world!

This performance is comical and entertaining from beginning to end, and is full of talent from some of our favorite idols and ballad singers. These four coming together is truly a joy to watch!

This one’s for all the first generation K-pop fans and fans of “The Voice Korea”! This cover does the famous song justice and reunites some powerhouse vocals for an impressive performance.

Check out the latest episode of “Immortal Songs: Singing the Legend” below!

Which variety show performances do you enjoy watching over and over again? Let us know in the comments below!

amycwang93 loves eating, sleeping, and reading. She’s keeping herself busy these days by rewatching one of her favorite dramas of all time, “Strong Woman Do Bong Soon,” to empower herself and admire Park Hyungsik.