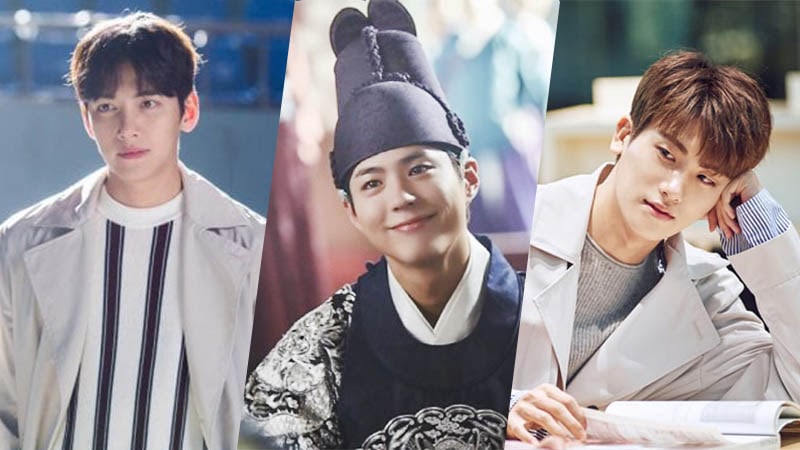 Do you ever watch a K-drama and think about how wonderful it would be if one of the male characters could be your boyfriend in real life? We’ve all daydreamed about it and have let our imaginations wander on several occasions. This was a difficult list that took a lot of thought, but without further ado, here are 12 male characters in K-dramas who would make the perfect, solid boyfriend in real life. (In no particular order, because that would be hard). 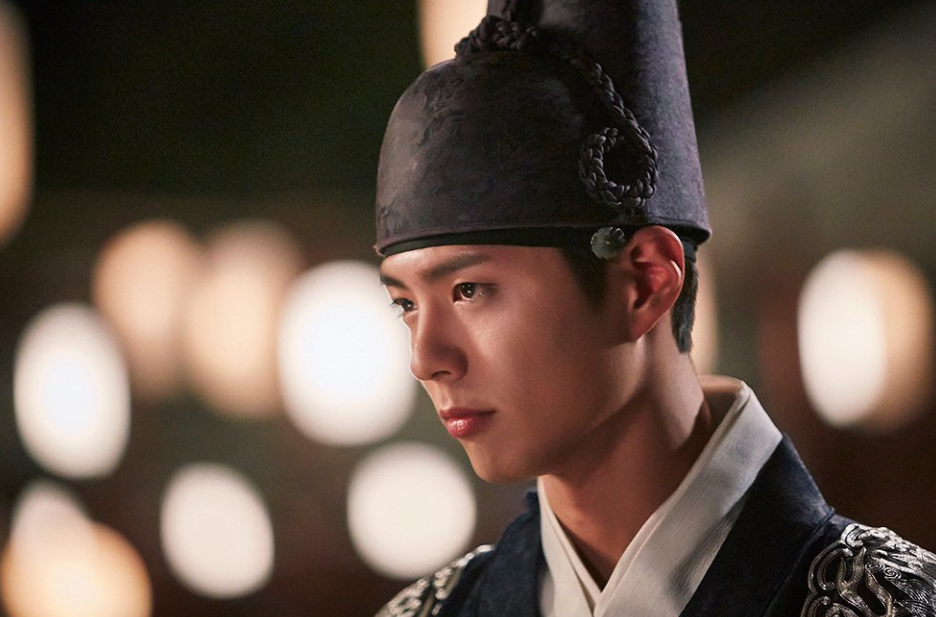 It didn’t take much to realize that crown prince Lee Young (Park Bo Gum) in “Moonlight Drawn by Clouds” would make the perfect boyfriend in real life. Despite the pressures he experiences as a leader, he never lets it get in the way of his integrity and charm. He is graceful under pressure and is always making the right decisions for his people. He also loves Hong Ra On (Kim Yoo Jung) with all his heart and even though she’s his enemy’s daughter, he still does not cease to love her. How dreamy, right?

Catch Park Bo Gum in the first episode of “Moonlight Drawn by Clouds” below: 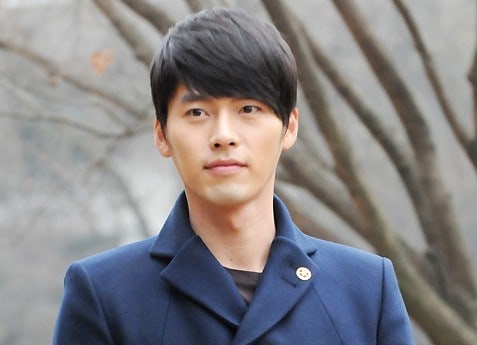 In this drama, Hyun Bin plays the rich CEO of a department store, which in itself is every girl’s shopping fantasy come true. Joo Won ends up falling helplessly in love with Gil Ra Im (Ha Ji Won). And even though he knows of her financial background and status, he still follows her around, declaring his love for her relentlessly. What a hopeless romantic, right? The best part about him is that he’s outspoken and honest about his feelings from the start and there’s nothing that could ever change his feelings for her. UGH.

Catch Hyun Bin in the first episode of “Secret Garden” below: 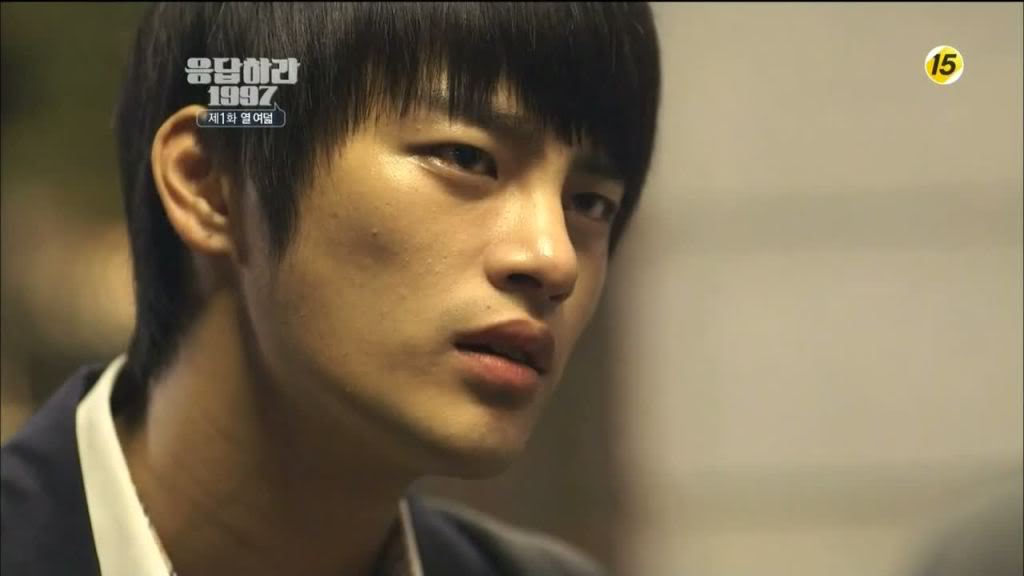 The love that Yoon Yoon Jae (Seo In Guk) has for his childhood friend, Sung Shi Won (Jung Eun Ji), is one that we can only dream of. Even though he’s popular and many girls want to be with him, his eyes are set on only one woman, and that’s Sung Shi Won. He knows everything good and bad about her because they grew up together, and he still can’t help but love her. He’s got the brains, the success, and the charm to be the perfect real-life boyfriend.

Catch Seo In Guk in the first episode of “Reply 1997” below: 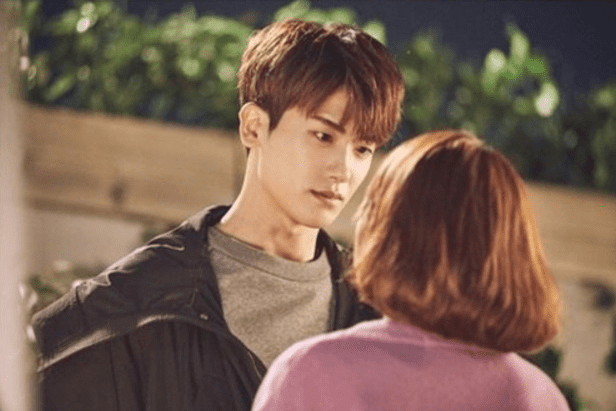 Ahn Min Hyuk dae-pyo-nim! What don’t we love about this adorable charmer?! The way Ahn Min Hyuk (Park Hyung Sik) looks at Do Bong Soon (Park Bo Young) with those puppy-dog eyes alone is enough to make him definitely boyfriend material. His character is not afraid to wear his heart on his sleeve and is consistently open about his feelings for Bong Soon. He goes above and beyond to make her happy and also tries his hardest to have a good relationship with her family, which is an obvious bonus!

Catch Park Hyung Sik in the first episode of “Strong Woman Do Bong Soon” below: 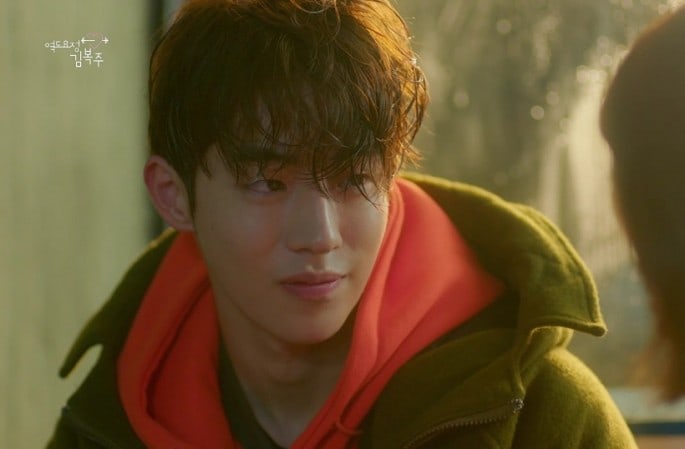 Nam Joo Hyuk plays Jung Joon Hyung, the adorable love-stricken university student in “Weightlifting Fairy Kim Bok Joo.” He falls in love with his childhood friend Kim Bok Joo (Lee Sung Kyung) and it’s obvious that he can’t get enough of her. What makes him so irresistible is his sense of humor and ability to make his girlfriend so happy. He tries his best to show that he is trustworthy and is totally not afraid to commit. Despite his popularity (and Bok Joo’s lack of popularity), he continues to love Bok Joo and even goes as far as thinking about marriage! 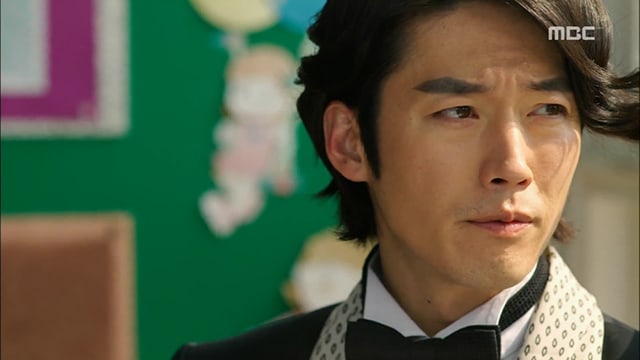 Although it took some time for us to warm up to Lee Gun (Jang Hyuk) and for him to realize his feelings for Kim Mi Young (Jang Nara), once he did fall in love, he didn’t fail to impress us. Lee Gun has a heart of gold and his love for Mi Young is pretty much eternal. He loves her from afar and is willing to give up his own happiness in order for her to be happy. He’s loyal and his heart only knows one woman. You really couldn’t ask for more from a boyfriend!

Catch Jang Hyuk in the first episode of “Fated to Love You” below: 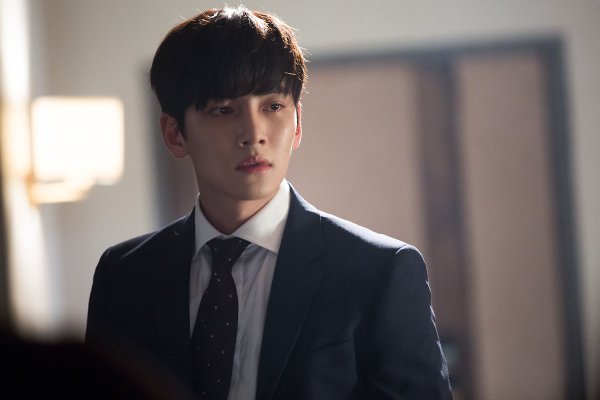 Here’s a guy who really looks at the heart of a woman and is confident enough to put his heart on the line. In “Suspicious Partner,” Ji Wook (Ji Chang Wook) tells Eun Bong Hee (Nam Ji Hyun) that he has feelings for her and is willing to wait until she is comfortable enough to accept his love. He’s suave, calm, and collected, which are perfect qualities in a boyfriend. He’s also super patient and willing to support his woman no matter what obstacles she may face!

Catch Ji Chang Wook in the first episode of “Suspicious Partner” below: 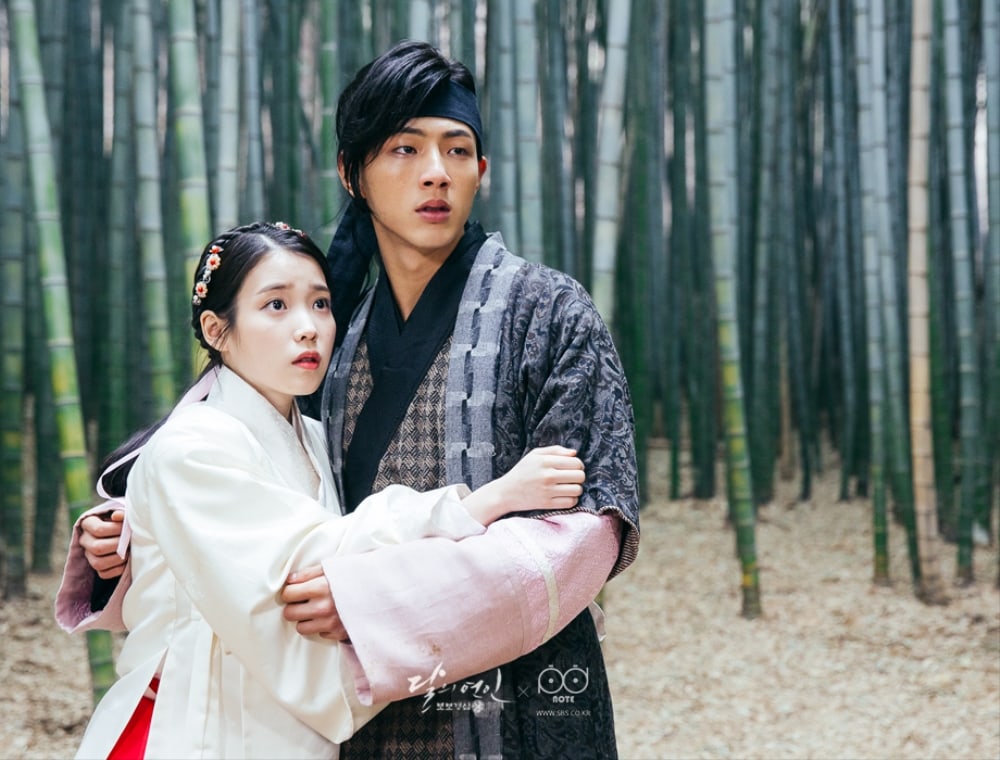 Now, finding the perfect boyfriend in “Scarlet Heart: Goryeo” was a bit difficult as a lot of the princes had their issues, but we managed to narrow it down to Wang Jung (Ji Soo). His ability to take responsibility for the woman he loves (IU), even though he knows that she loves someone else, is just so romantic. He is there to support her and is a strong man that any woman can easily depend on. He’s naturally selfless and puts the well-being of others before himself.

Watch Ji Soo in the trailer for “Scarlet Heart: Goryeo” below: 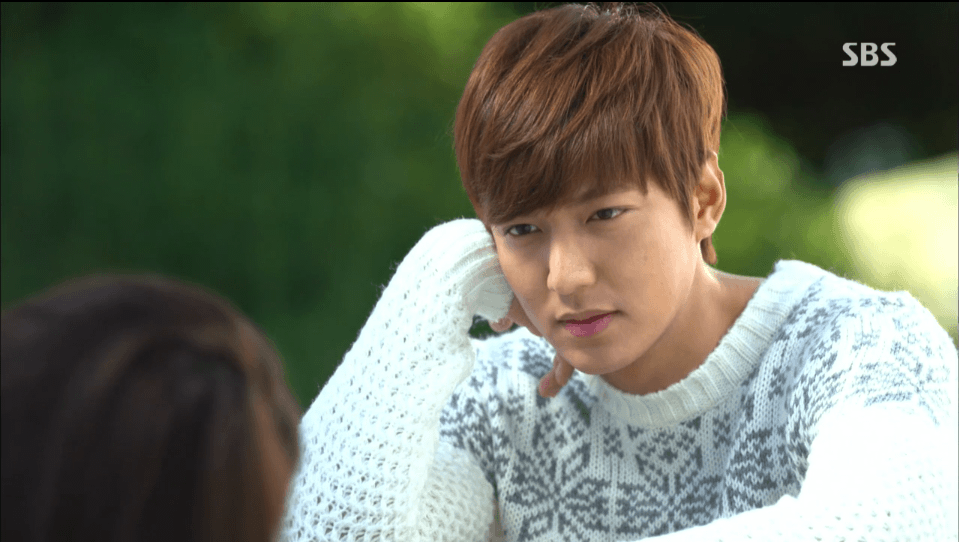 Having Kim Tan (Lee Min Ho) as a boyfriend might have its challenges as his parents can be a bit overbearing. But if you can look past this, he is the perfect boyfriend. He won’t let anything get in the way of his love for you and if there are any problems or obstacles, he is willing to face them together. All he really wants is his love by his side and he is able to get through anything!

Catch Lee Min Ho in the first episode of “Heirs” below: 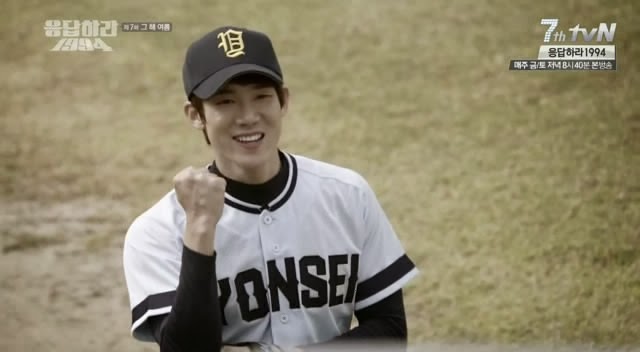 Sigh. One of the worst cases of second-lead syndrome came as a result of the sweet, sweet, Chil Bong (Yoo Yeon Seok) in the drama “Reply 1994.” His willingness to go above and beyond to spend time with Sung Na Jung (Go Ara) is just heartbreakingly adorable. Even the countless times he confesses his love to her is too much to watch! Any girl would be lucky enough to have him.

Catch Yoo Yeon Seok in the first episode of “Reply 1994” below: 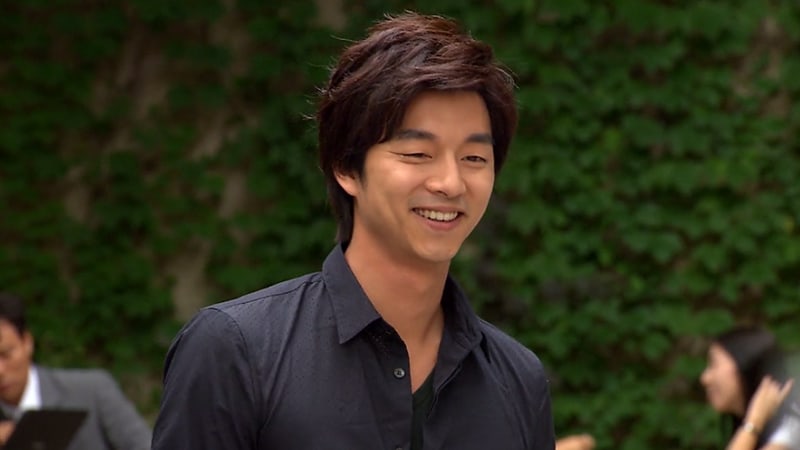 Here’s a guy who really does look past appearances when falling in love. Without even caring about the fact that Go Eun Chan (Yoon Eun Hye) might be a man, Choi Han Kyul (Gong Yoo) doesn’t let it stop him from falling in love! He looks at the heart of a person and doesn’t care about the outer appearance, which really makes him the most perfect human being.

Catch Gong Yoo in the first episode of “Coffee Prince” below: 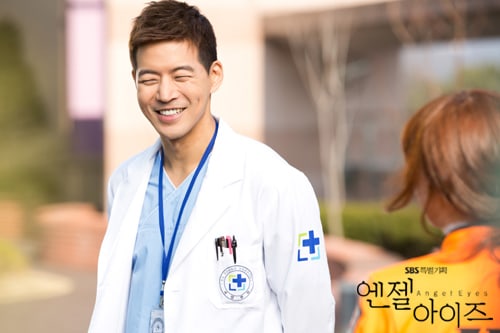 This sweetheart of a character doesn’t let Yoon Soo Wan (Ku Hye Sun) give up her hopes of seeing again. As she is blind, Dong Joo (Lee Sang Yoon, with his younger counterpart played by Kang Ha Neul) is always there for her and helps her in any way he can. His subtle ways of showing his affection towards her is just too sweet to watch. On top of this, he’s also the BEST son and big brother that anyone can ever have, which makes him pretty flawless.

Catch Lee Sang Yoon and Kang Ha Neul in the first episode of “Angel Eyes” below:

Hey Soompiers, who is your ideal K-drama boyfriend? Let us know in the comments below!