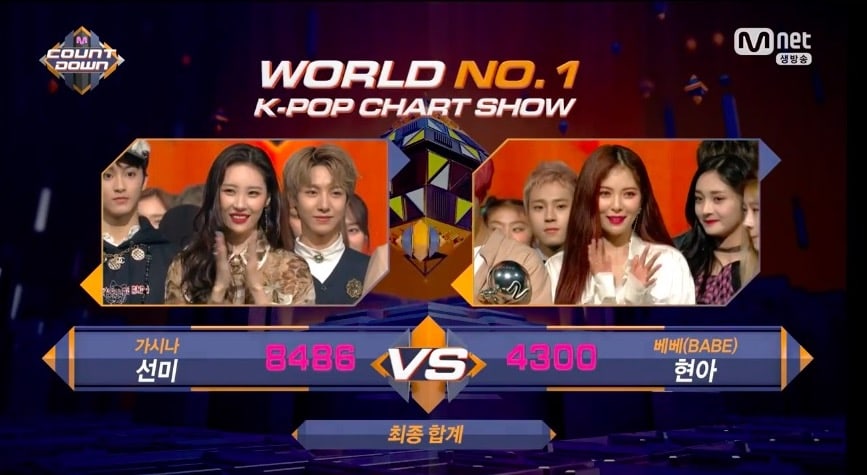 Sunmi won another trophy for her hit “Gashina” on “M!Countdown,” while plenty of artists took to the stage for great performances!

On the September 7 episode of “M!Countdown,” friends Sunmi and HyunA were both nominated for the win with their solo songs.

Sunmi took first place with a total score of 8,486 to HyunA’s 4,300. Sunmi thanked HyunA during her acceptance speech, and the pair gave each other a hug before her encore.

Watch Sunmi’s performance and win below!