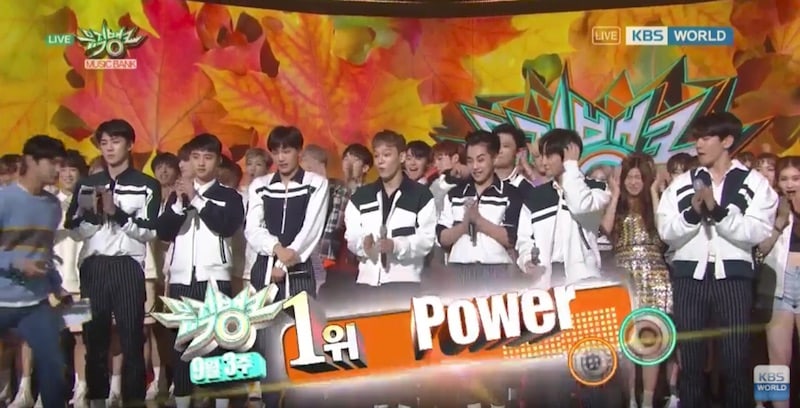 The September 15 episode of KBS2’s “Music Bank” featured EXO’s “Power” and Yoon Jong Shin’s “Like it” as contenders for first place. EXO clenched the win with 9,914 points.

Leader Suho thanked “Music Bank” and said, “‘Power’ was meant as a song to give strength to everyone but it feels like we’re getting more strength from everyone instead. We’re very happy. I want to celebrate this win with EXO-L. I really want to give this to EXO-L.” He then thanked Lee Soo Man and SM Entertainment employees.

Then Sehun said, “Thank you everyone. I think we got this award because of EXO-L, so thank you and love you.” Members D.O. and Xiumin also thanked their fans.

Check out performances below!