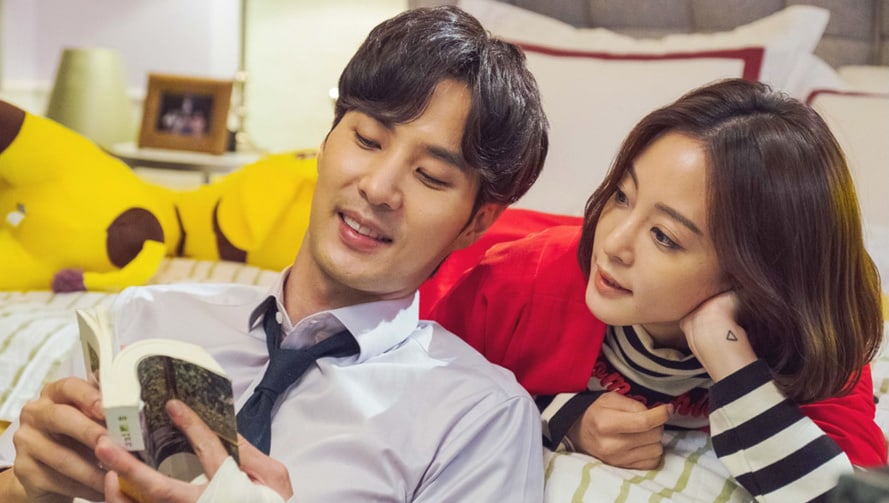 The new images show them enjoying their time together in Sa Jin Jin’s room while reminiscing about their high school days. Sa Jin Jin wraps his arm in a bandage and writes on it, and they also read a book together.

They play old school games such as bingo and rock paper scissors, getting competitive as forehead flicking is the prize for winning.