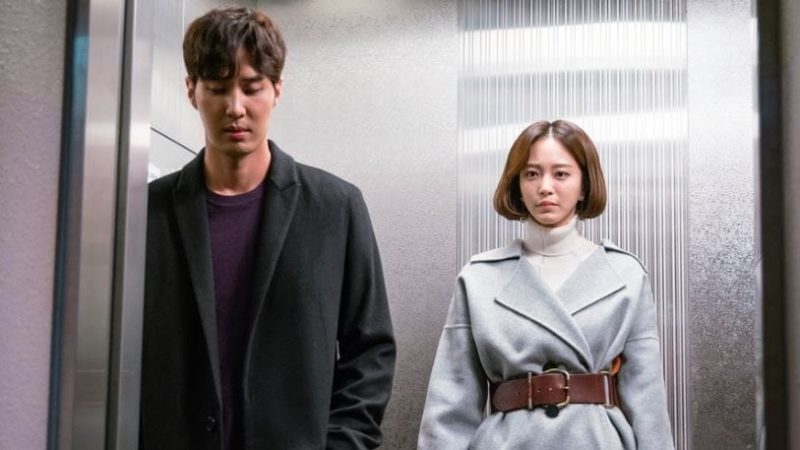 After the “drink terror” incident on the October 31 episode, a complicated triangle love is predicted when Gong Ji Won arrives at the hospital one step behind Anthony who canceled his filming schedule just to be with Sa Jin Jin.

In the revealed stills, Gong Ji Won and Sa Jin Jin’s paths cross in front of the convenience store. Sa Jin Jin was waiting for Gong Ji Won first, but she receives a call and disappears. Gong Ji Won, who arrives after her, waits a long time for her, but she never shows up.

Later on, they meet in the elevator, but there’s an unsettling, awkward tension between them. When Gong Ji Won gets off the elevator first, Sa Jin Jin is furious and slams her hand over the close button, forcing the doors to shut between both their distance and their hearts.

The upcoming episode on November 6 will reveal if their love will cool off or not.

You can watch the latest episode on Rakuten Viki!