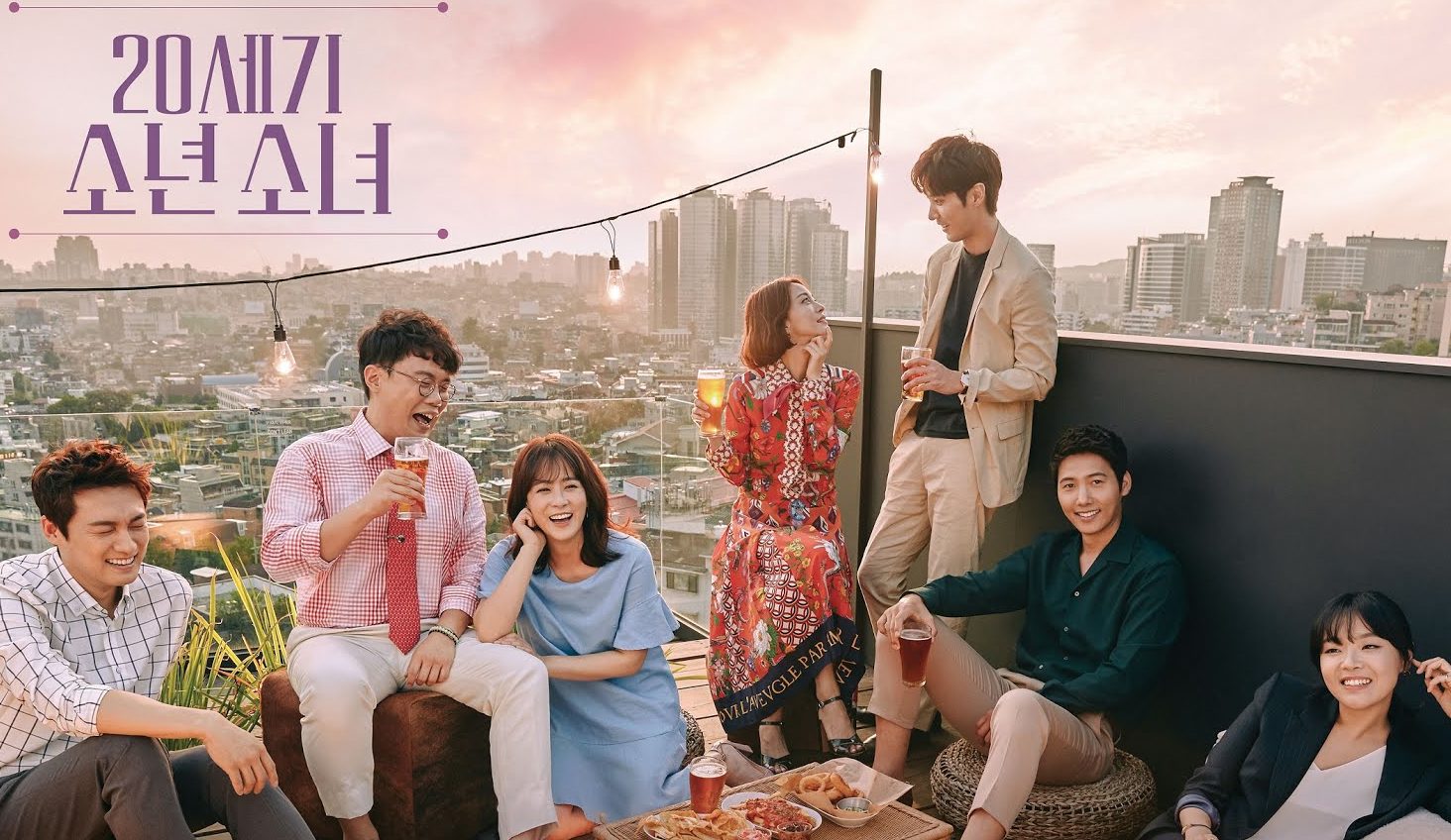 Han Ye Seul has been making viewers’ hearts flutter these days with her acting in MBC’s romantic comedy “20th Century Boy and Girl.” In her role as 35-year-old actress Sa Jin Jin, she brings to life four distinct types of chemistry in her relationships with other characters.

One of the most heartwarming storylines from the drama is that of the close relationship between Sa Jin Jin and her longtime agency CEO Jang Gi Bong (Kim Kwang Sik), who has been with her since debut. Throughout the drama, Sa Jin Jin relies on Jang Gi Bong as not only the head of her agency, but also as a loyal friend in whom she can confide. Their close relationship creates some amusing moments when the two characters blurt out brutally honest truths to each other that only a true friend would say.

In a particularly memorable scene, Sa Jin Jin remembers a heartwarming encounter with her CEO in the early days of her career. In the emotional flashback, which takes place before her rise to stardom, she tears up after she happens to come across Jang Gi Bong putting up her movie posters by himself in the middle of winter.

Although Sa Jin Jin is a successful actress and top star, there’s nothing particularly glamorous about her completely realistic, unidealized relationships with her family. Her adorable bickering with her mother and younger brother is convincing and feels true to life. As the drama teases a reunion between Sa Jin Jin and her older sister, viewers are eagerly anticipating the new dynamic between the two siblings.

As Sa Jin Jin’s best friends since childhood, Han Ah Reum (Ryu Hyun Kyung) and Jang Young Shim (Lee Sang Hee) are the only people around whom she can let her hair down and be herself. In the scenes with the “Bongos,” as the three friends call themselves, Han Ye Seul is able to show a more playful and upbeat side of her character. Sa Jin Jin doesn’t hide her emotions around her friends, who are closer to her than family, and the three women openly share each other’s joy, anger, and sorrow.

Finally, the most undeniable chemistry in the drama is between the two leads, Han Ye Seul and Kim Ji Suk. Both actors have received enthusiastic reviews for their heart-fluttering performances as Sa Jin Jin and Gong Ji Won, childhood sweethearts who meet again for the first time in 20 years.

Watch the latest episode of “20th Century Boy and Girl” below!