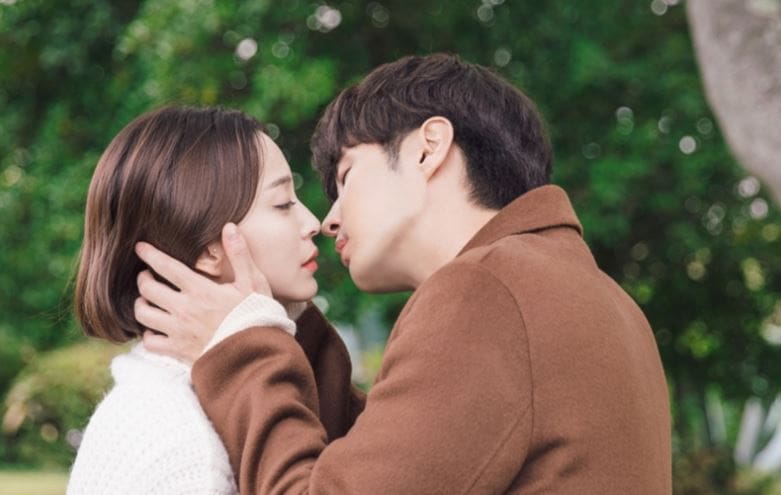 Sa Jin Jin (played by Han Ye Seul) and Gong Ji Won (played by Kim Ji Suk) have taken their friendship to the next level on MBC’s “20th Century Boy and Girl.” The two started the drama out as friends, revealing that in the past they had been each other’s first loves. They continued to stay in that zone between friendship and dating as the drama progressed.

However, in the latest episode, Gong Ji Won finally confessed, and the two became a couple and sealed it with a kiss. Here’s a short look at the important moments in their relationship so far.

When Gong Ji Won’s boiler exploded, he somehow ends up living with his upstairs neighbor who is none other than Sa Jin Jin. As the two live together, they grow closer. For instance, in order to test Sa Jin Jin’s perfume, Gong Ji Won gets very close to her face to smell it. 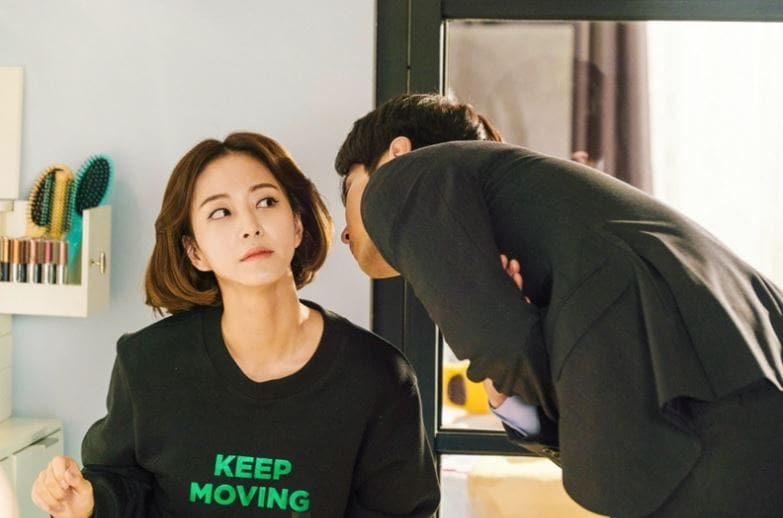 Although they become slightly embarrassed, due to a speeding, passing motorcycle, he pulls her out of the way and awkwardly embraces her. And when he twists his wrist in the process, Sa Jin Jin takes care of him and bandages it for him. 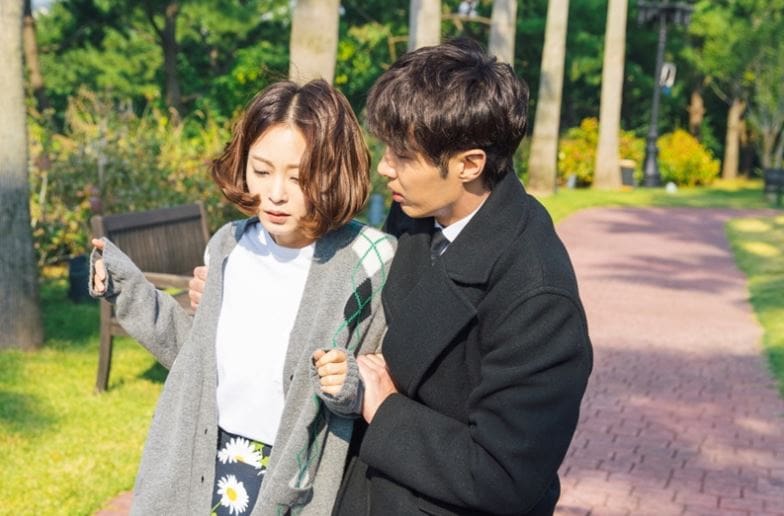 Gong Ji Won then escorts her to her family trip and accidentally ends up kissing her. However, things get even more confusing when due to the “drink attack,” Sa Jin Jin ends up in the hospital and Anthony (played by Lee Sang Woo), who is her fake tv-husband and Gong Ji Won’s stepbrother, becomes her guardian. Sa Jin Jin and Gong Ji Won end up having to deal with their confusing feelings and awkwardness, but somehow end up in Jeju Island hotel room together. Although it is a strange situation, it brings them closer as they take care of each other; Sa Jin Jin applies sunblock for Gong Ji Won and he holds her steady when she twists her ankle. 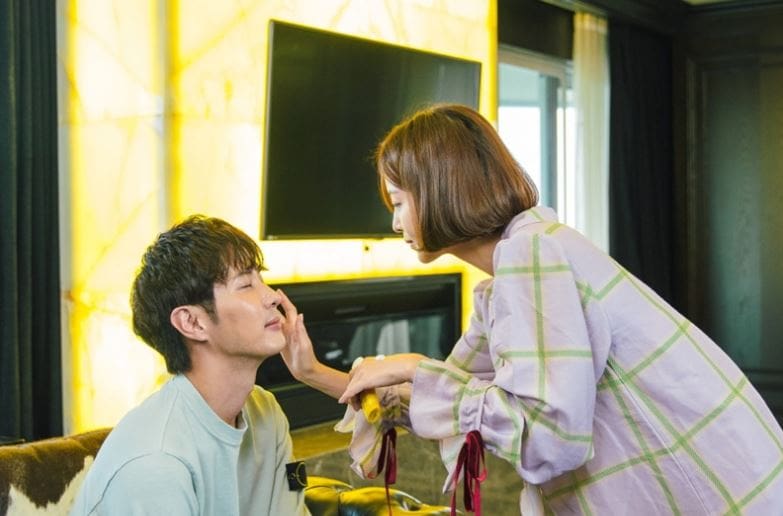 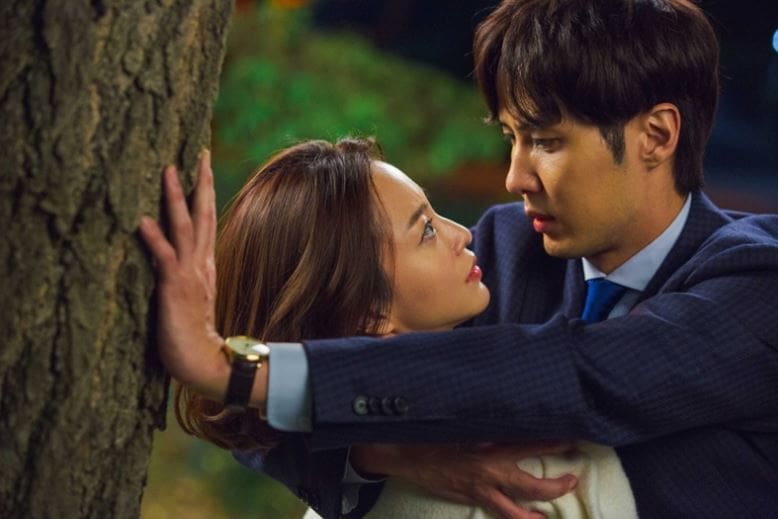 Their bottled up feelings eventually explode as Sa Jin Jin gets angry and Gong Ji Won confesses, leading to their kiss. It was a long journey from friendship to romance, with a lot of awkwardness and confusion in the middle. However, the two are able to melt all of this away with their great chemistry. 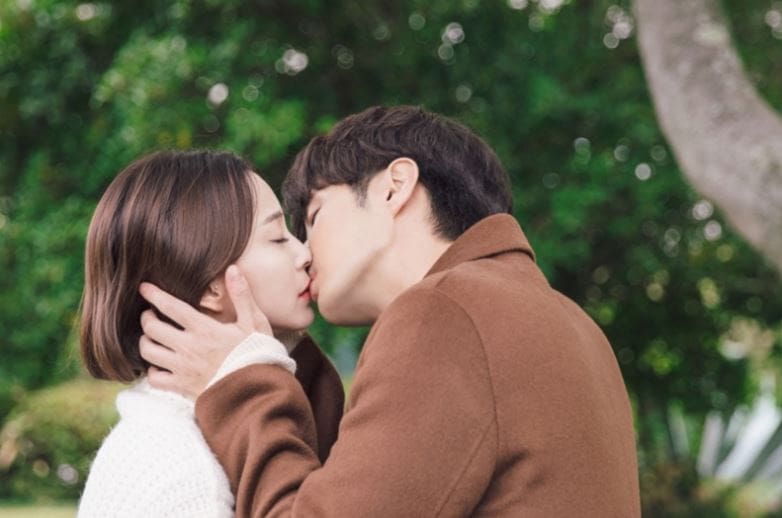 It was revealed that both Han Ye Seul and Kim Ji Suk studied their scripts carefully and put in a lot of effort in order to portray the crazy mix of emotions to the two characters were feeling. Sa Jin Jin’s desire to not be confused anymore, and Gong Ji Won’s wish to not wait led to his passionate confession and kiss scene, which many are praising for its perfect ending. A source from the drama’s production company commented, “After we filmed the scene, the actors and staff were all immersed in the stunning imagery. Even though it was cold and windy, we were able to conclude things well and I’d like to thank Han Ye Seul and Kim Ji Suk for that.”