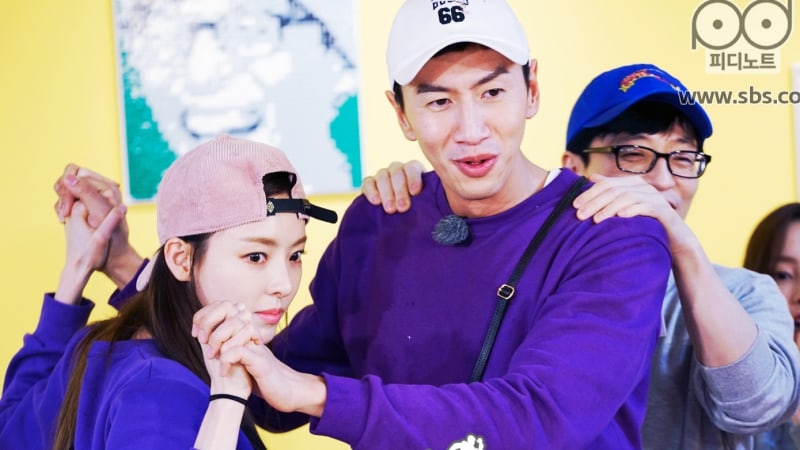 Actress Lee Da Hee emerged as the unexpected star of this week’s episode of “Running Man” after a hilarious guest appearance!

On the February 4 episode of the SBS variety show, Lee Da Hee proved herself to be a top-notch entertainer. The actress cracked everyone up with her amusing antics throughout the episode, especially during the random dance competition, when she pulled off hilarious impromptu transformations into singers Lee Jung Hyun and S.E.S. She even went to the trouble of changing her hairstyle for each song, impressing the other guests and the “Running Man” cast with her passion and competitive spirit.

Lee Da Hee also helped boost the episode’s ratings through her surprising chemistry with her partner, Lee Kwang Soo. The two partners spent most of the race joking around and bickering with one another—at one point during lunchtime, Lee Da Hee even sneakily stole the meat out of Lee Kwang Soo’s sandwich and ate it while he wasn’t looking.

As everyone on set cracked up, Yoo Jae Suk predicted that her insult would end up becoming a new catchphrase.