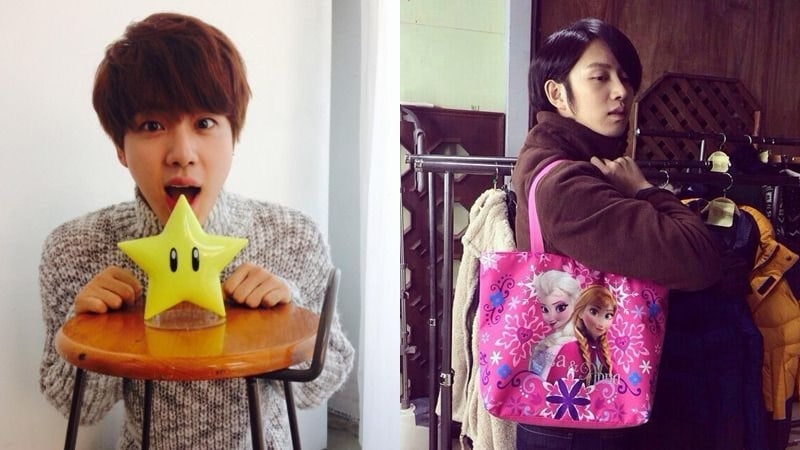 13 Devoted Celebrities Who Have Fascinating Collections

Some idols tend to have interesting hobbies, and owning collectibles is definitely one of them!

From purchasing all the releases of a specific merchandise, to being content with figurines and plushies from famous brands, to completely going the extra mile and investing in luxurious items; one thing is sure about these collections: they’re all unique.

Here are some fascinating collections led by 13 devoted celebrities.

BTS’s Jin surely expresses his dedication for the Mario universe by acquiring tons of related figurines and plushies that ornate his room. He also receives Mario-themed gifts from his fans during fansigns.

Furthermore, he is very protective of his collection and often threatens his members should they dare to touch it in his absence. 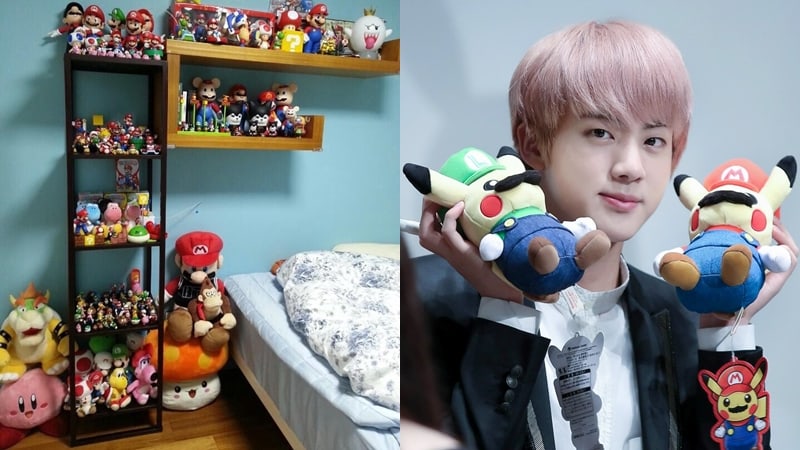 When it comes to EXO’s Chanyeol, his love for Rilakkuma has been perceived on more than one occasion. In fact, he publicly shows his love for the Japanese character by proudly displaying his collection in his bedroom.

He also packs his dolls wherever he goes, just like he did prior to his appearance on “The Roommate.” 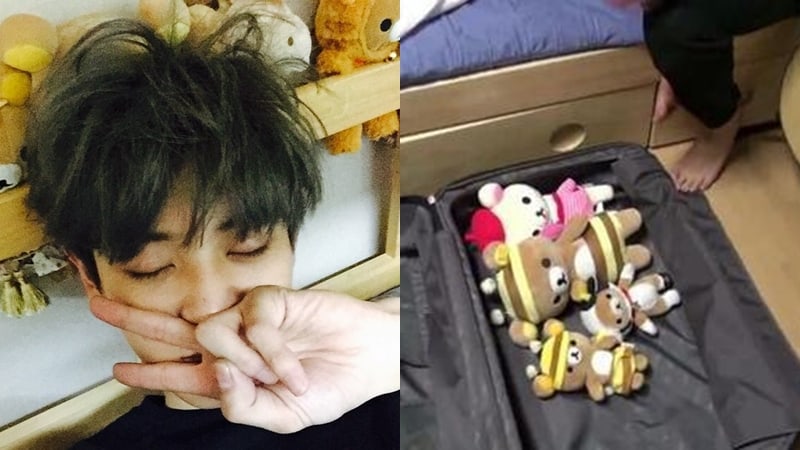 As for Super Junior’s Kim Heechul, the disney movie “Frozen” seems to have bewitched him. The humorous idol not only collects everything Frozen-themed, but he also enthusiastically cosplayed as both Anna and Elsa on different occasions. 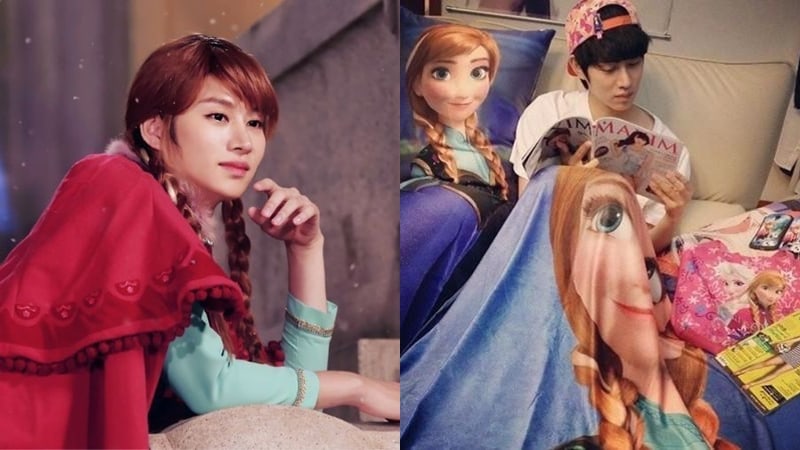 A mutual appreciation for “The Simpsons” seems to unite CNBLUE’s Jong Yong Hwa and HyunA! Both idols have quite the collection to brag about, with HyunA’s Instagram feed basically breathing the famous animated show. 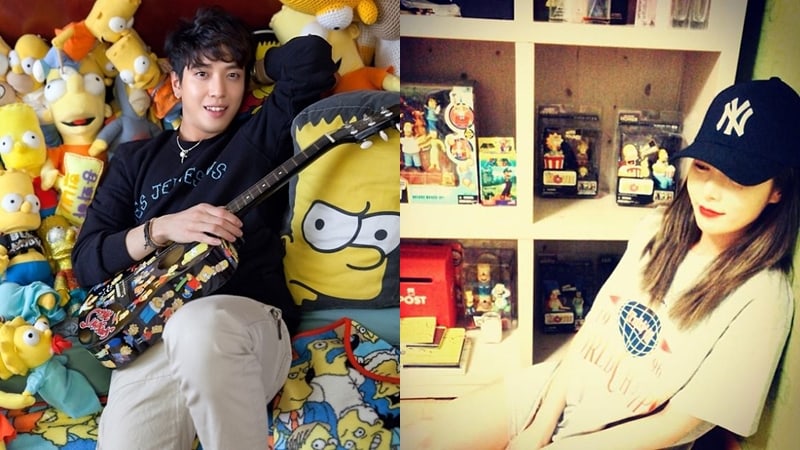 Another fervent collector of fictional characters is actor Shim Hyung Tak, who has opened up about his obsession with Doraemon during his featuring on “Real Men.”

A couple of years back, he also spoke on “Infinite Challenge” about the comfort that the Japanese animation brought him during his school days when he was shunned by his classmates.

Uhm Hyun Kyung seems to have a specific preference when it comes to stuffed animals, and that is none other than stuffed giraffe dolls.

During her appearance on “I Live Alone,” Uhm Hyun Kyung displayed her giraffe mania as seen down below.

BE@RBRICK and KAWS are two of the most popular figurines that receive a lot of idols’ attention, and 2PM’s Junho is definitely a collector.

He introduced viewers to his house via his group’s reality show “Real 2PM,” humbly revealing his exhibition corner where an aesthetic ensemble is displayed. (Start watching at 2:20)

Art and BIGBANG’s T.O.P are a match made in heaven. He has turned his Instagram feed into a virtual museum, thanks to his numerous posts of paintings and mostly chairs that he has ambitiously acquired throughout the years. 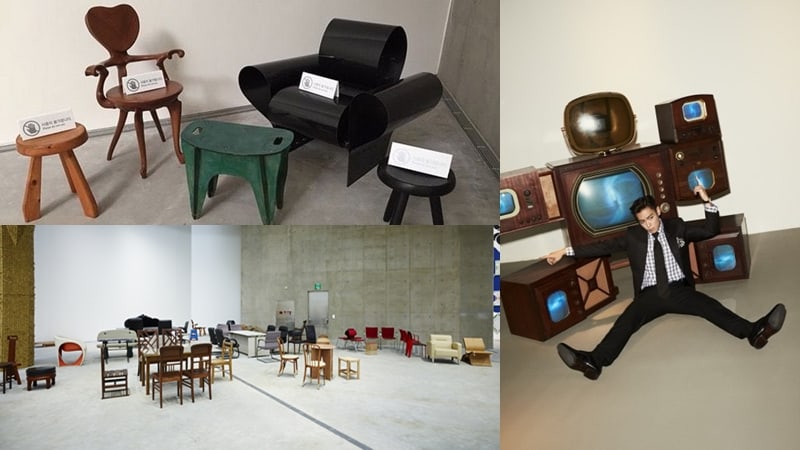 As of 2016, the rapper-turned-actor became a curator for Sotheby’s, pushing his passion for fine art even further.

Park Hae Jin is one of the biggest collectors of Nike shoes, based on the storage he keeps in his house. 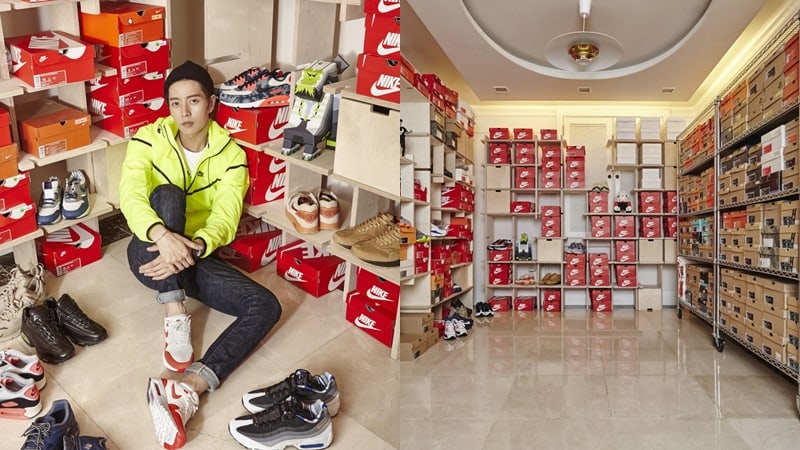 On the other hand, Gikwang is more of an avid collector of a wide variety of sneakers, as seen during his appearance on “I Live Alone.”

Both JYJ’s Kim Junsu and Dok2 have dedicated their time and money to collect expensive cars, which basically counts as a lifetime investment.

Dok2 also shared a snap of his white cars, aligned in his garage:

the quiett and gonzo we the 1LLIONAIRE young hustlers 4 life ! #allwhiteeverything

Which collection is your favorite? Let us know in the comments below!