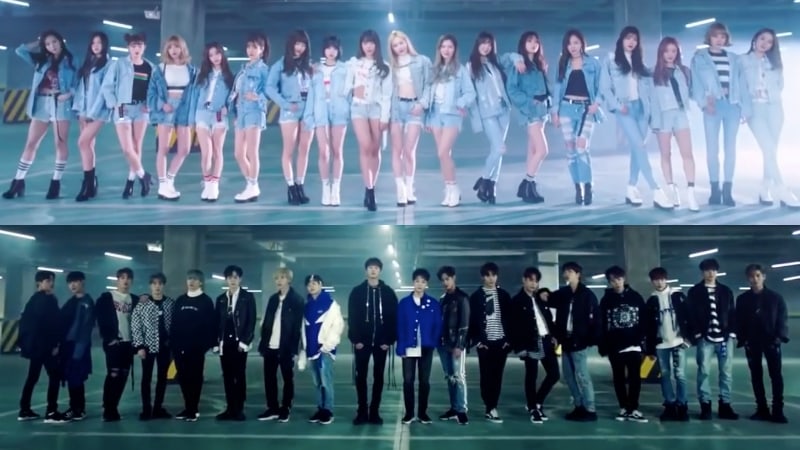 “The Unit” Finalists Share Their Thoughts Before The Live Finale

With the end of KBS’s idol rebooting project “The Unit” in sight, the contestants shared their final thoughts before the show’s live finale on February 10.

MYNAME’s Seyong wrote on Instagram, “Today’s the day. I’ll really pour all of my remaining strength into the final performance! I’ll give it everything I’ve got in order to not disappoint you after your support and love.”

Euna Kim also wrote on Instagram in Korean, “Everyone!! It’s finally the day of the finals!!! I can’t believe it’s the day that the long journey of ‘The Unit’ will come to an end. I hope you all enjoy the performance that we had a fun time preparing.”

Boyfriend’s Donghyun posted a photo of himself with the hand warmers that he had prepared for his fans attending the finale. “Today is really the finals of ‘The Unit,'” he wrote. “The weather’s become a little milder, but it’s still quite cold. Although I won’t be able to hand them out myself, I prepared these with care. I hope you’ll be a little warmer while you cheer me on.”

Ji Hansol said in an interview, “It’s an honor to make it to the final stage of ‘The Unit.’ In return for receiving this valuable opportunity, I will work hard and put on a good performance for the public.”

In a video posted on Instagram, IM’s Hangyul remarked, “Before appearing on ‘The Unit,’ it was my dream to perform on stage in front of many people, but there weren’t many opportunities for me to do so. I think that’s why ‘The Unit’ was an especially precious opportunity for me.” He went on to share that he was “nervous and excited” to be performing live at the finale, adding, “I will do my best and put on a cool performance, so that I don’t disappoint the many people who have been cheering me on.”

100%’s Rockhyun, whose birthday happens to coincide with the finale, said, “I think this birthday will remain in my memory for a long time. I think it’ll be a happy day for me.” He also mentioned that his group members were cheering him on. “They contacted me to tell me to do a good job regardless of the results,” he recalled.

MADTOWN’s Lee Geon also expressed his excitement for the finale, writing on Instagram, “I want to enjoy myself today and have a good time with no regrets.”

Yang Jiwon shared an amusing screenshot of messages that she had exchanged with Lee Hyun Joo, revealing that the two had ended up accidentally sporting the same hairstyle for the finale. She jokingly wrote, “No no… no no no no!!!!! Tell me it’s not true… ahhh!!!!!!! I wanted to look cute, but now I feel infinitely small.”

HOTSHOT’s Hojung remarked, “When I started [‘The Unit’], I never dreamed that I would make it to the finals,” while his bandmate Timoteo shared, “Looking back on how I felt when ‘The Unit’ first started, it’s almost magical how my thoughts and actions have changed since then. Compared to the beginning, when I only had fear, the knowledge that there are fans who support and love me has now become my driving force when I perform on stage.”

Meanwhile, BIGSTAR’s Feeldog took to Twitter to express his gratitude to fellow contestant Hojung. Feeldog wrote, “Hojung, who knows how to quietly take care of others behind the scenes, I’ve learned a lot from you. Let’s give it everything we’ve got tomorrow!”

H.B.Y’s Marco also commented in an interview, “I’m currently working hard and even forgoing sleep in order to prepare for the final broadcast.”