Song Ji Hyo And Her “Running Man” Boys: A Look Back At Their Sweet Moments

“Running Man” has entered its eighth year this year, and it’s given us so much laughter, feels, and a mountain of ripped-off name tags!

Having been the only female cast member among six men (until recently), Song Ji Hyo has shown us that she can keep up with, and many times even do better than, her male counterparts. She stole our hearts right off the bat with her easy-going personality, her casual approach to her “actress image,” and her determination to take on each challenge. Total girl crush material, she not only wooed us as viewers, but also wooed her cast mates, and over the years, they have built really sweet, familial relationships with each other.

So to remind ourselves how wonderful they are together, here are some sweet on and off screen moments between each pairing:

In the very early episodes, many viewers were wondering why Ji Suk Jin kept picking on Ji Hyo. They then quickly realized that it was his method of ensuring that Ji Hyo got her screen time. Suk Jin has always been very fatherly towards Ji Hyo; and similarly, she has always taken good care of him. He’s always happy to pair up with her, forgoing the younger idols, as he’s most comfortable with her.

Giving her his jumper when Ji Hyo was really sick: 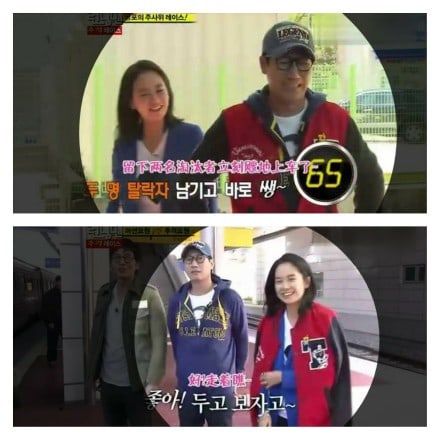 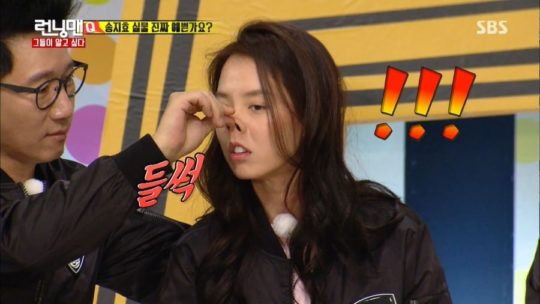 When Ji Hyo’s team had won, Jae Suk offered the prize to the guest, Han Hyo Joo. But Suk Jin quickly (and jokingly) snatched it back and gave it to Ji Hyo before running off: 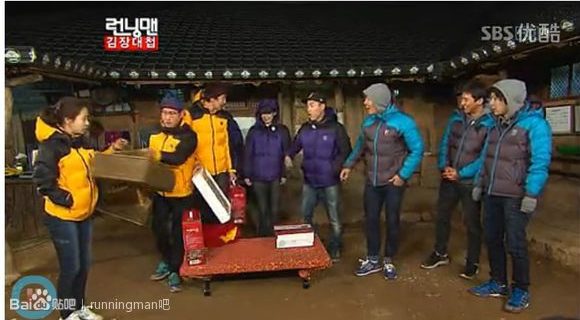 The Candy Alliance was formed in episode 42, with Ji Hyo giving Yoo Jae Suk a piece of candy. It has since been their default couple name among fans. Jae Suk, like Suk Jin, also treats Ji Hyo like a beloved hoobae and is always there to support her, even if it means allowing her to make fun of him. Their chemistry was noticed very early on, even earning the nickname of “New Nation’s siblings.”

Always happy to see each other:

Making sure she’s alright after falling into the water:

Always good for a comforting hug:

Even though “Monday Couple” was the official loveline, there is a huge faction of fans that ship Kim Jong Kook and Ji Hyo, deeming them the “Spartace Couple” (combination of Sparta and Ace). They would scour each episode in detail for all the hidden skinship moments between the two, and I totally enjoyed seeing all the screencaps that hinted at their close relationship. However, so many years later, I’ve come to accept that their relationship is more familial than romantic, like how an older brother takes care of a younger sister. But no matter how you ship these two, we can’t deny that they do have a close relationship.

Being chummy with each other:

Grabbing her elbow to steady her on the rocking ship:

Jong Kook being there for Ji Hyo when she was feeling flustered while answering interview questions:

Holding onto her to make sure she didn’t fall flat on her face:

Doing stretches with her:

Having a meal together: 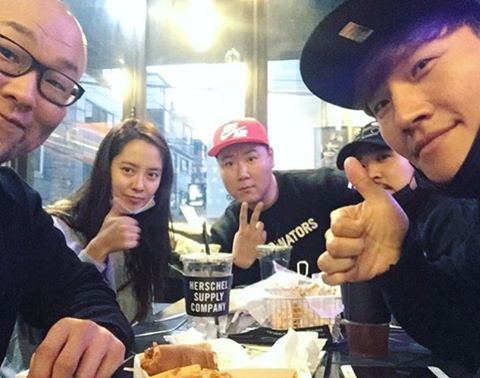 Happily greeting each other: 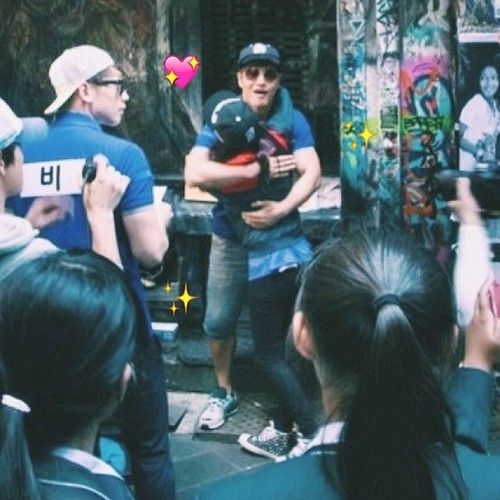 I still remember episode 43, where HaHa and Ji Hyo were first paired together by themselves, and it was super awkward! Their relationship has blossomed greatly since then, even becoming the “Mapo siblings” in recent years, after Ji Hyo moved to HaHa’s neighborhood. These two are not only adorable together, but they’re also a force to be reckoned with when paired together, often winning their couple races!

Bickering with each other: 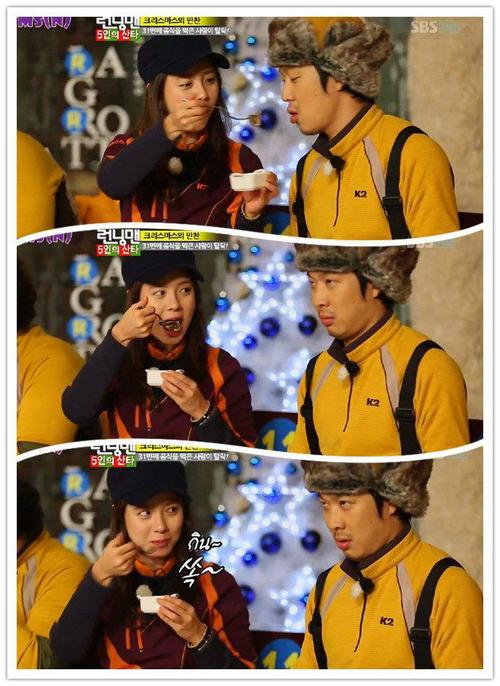 Comforting Ji Hyo when he saw that she was feeling anxious:

All the pats on the head: 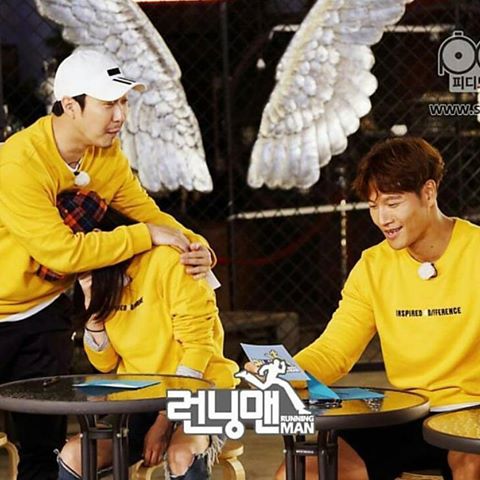 Taking care of each other: 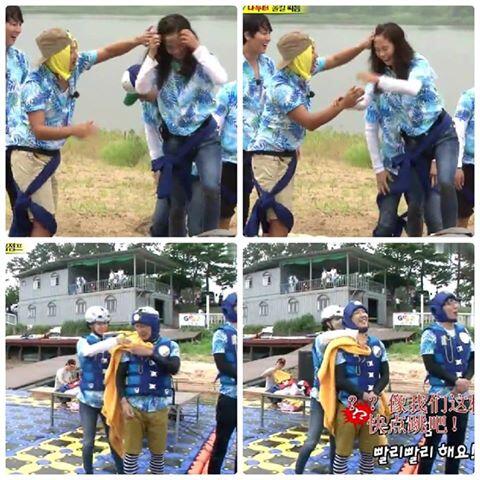 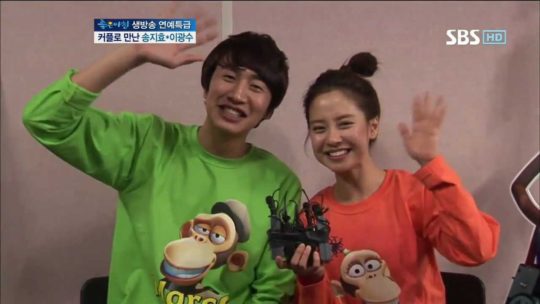 Ji Hyo and Lee Kwang Soo are as siblings as siblings can get, being extremely rough and savage with each other, but always having each other’s backs too. Kwang Soo is well known among fans for being attentive and a total gentleman towards his noona (older sister), giving her food and drinks and making sure she doesn’t get hurt. And each time they finish rough-housing with each other, they’re also the first to make sure the other is alright.

Teasing her about her yearning to eat the fish in the aquarium they were visiting:

Always taking care of her first: 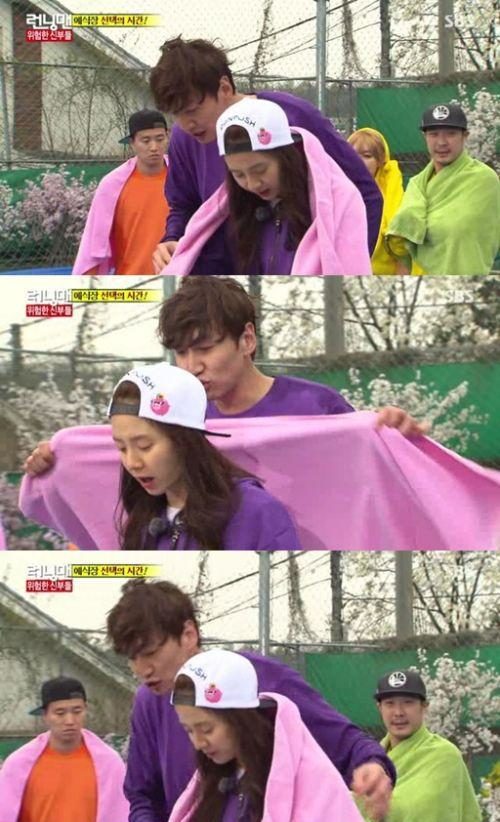 Making sure he gets a bite:

Elated to see each other:

Just being an annoying (but adorable) younger sibling:

We coudn’t very well end this without “Monday Couple” or the new kids, now could we? Even though Gary is now happily married with a kid, we can’t help but reminisce about the times these two made everyone swoon with their sweetness. Even though they were put together on purpose, their interactions were still cute as heck, and definitely played a major part in the popularity of both members.

As for the new kids, Yang Se Chan and Jeon So Min, they’ve officially joined the show for a year now, and seem to be getting along swimmingly with the rest of the cast. It would be hard to get in between a cast that had been together through thick and thin for seven years, but the members have welcomed them with open arms. Ji Hyo has gained another younger brother in Se Chan, one who is not afraid to banter with her; and a crazy-ass younger sister in So Min.

Teasing and bickering between the noona and dongsaeng: 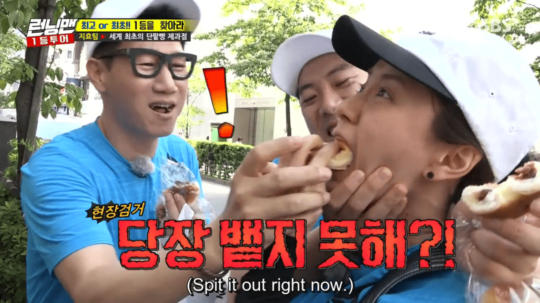 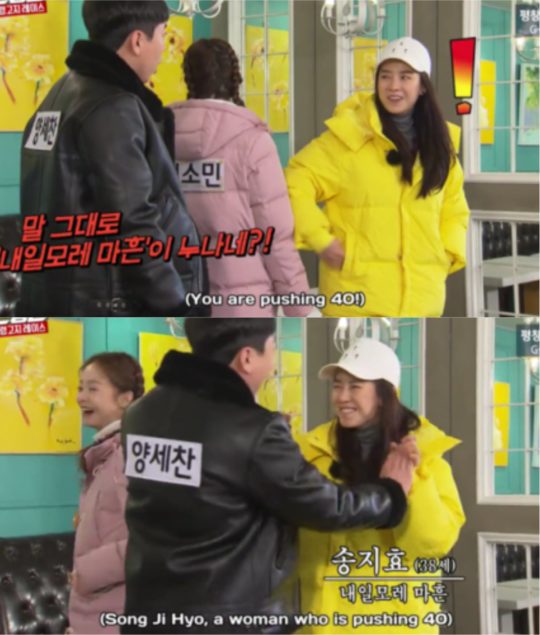 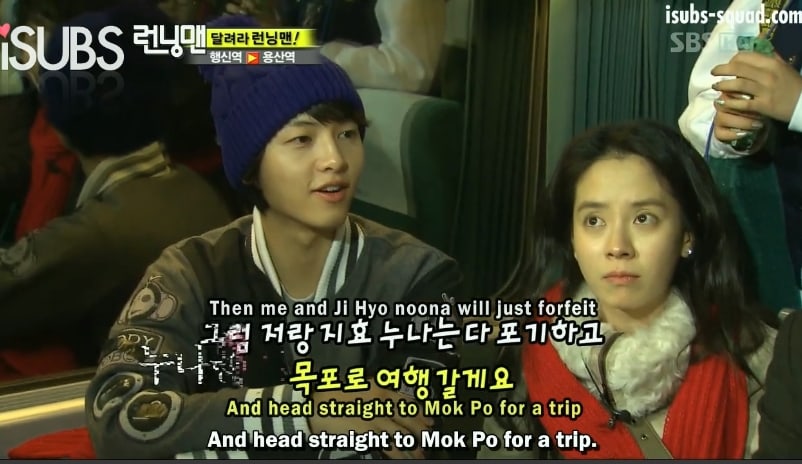 What other moments do you remember that had the boys doting on Ji Hyo? And which pairing do you find the sweetest? Drop your comments below and let us know!

All-time favorite: “Running Man”
Currently watching: “Infinite Challenge” and “Ask Us Anything”
Looking forward to: Anything with Shinhwa