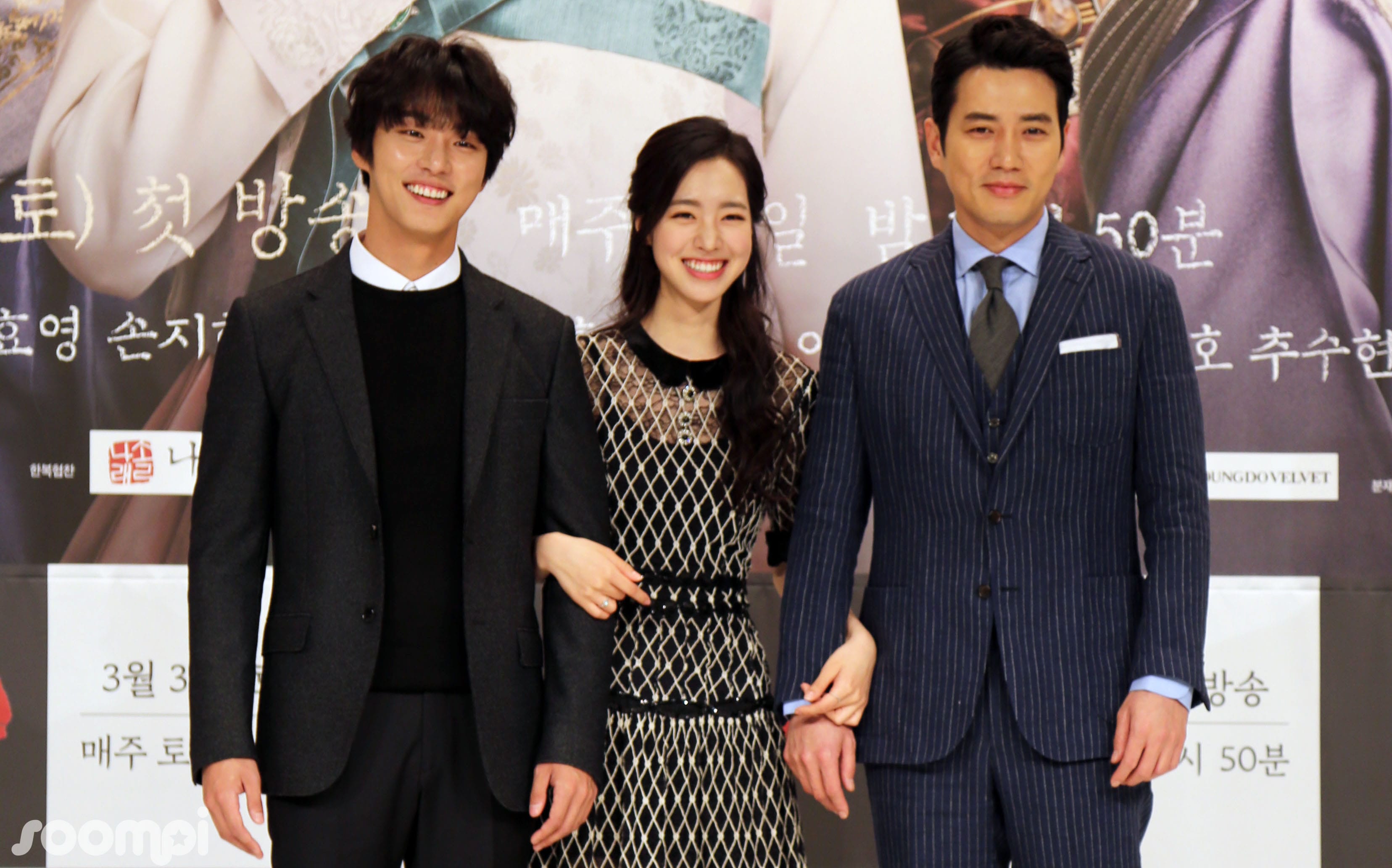 Exclusive: “Grand Prince” Cast Talks About Babies, Gyms, And Why You Should Watch Their Drama

The event started off with the actors introducing their characters, discussing fun behind-the-scenes stories, and more.

Yoon Shi Yoon talked about how his character Prince Lee Hwi is free-spirited and has no qualms about breaking rules in the palace. In addition to this carefree side of his character, Lee Hwi is a romantic as he loves only one woman and wants to make her happy. Furthermore, he recommended his drama to viewers who like traditional dramas as well as to younger viewers as “Grand Prince” has many traits that will appeal to diverse audiences. 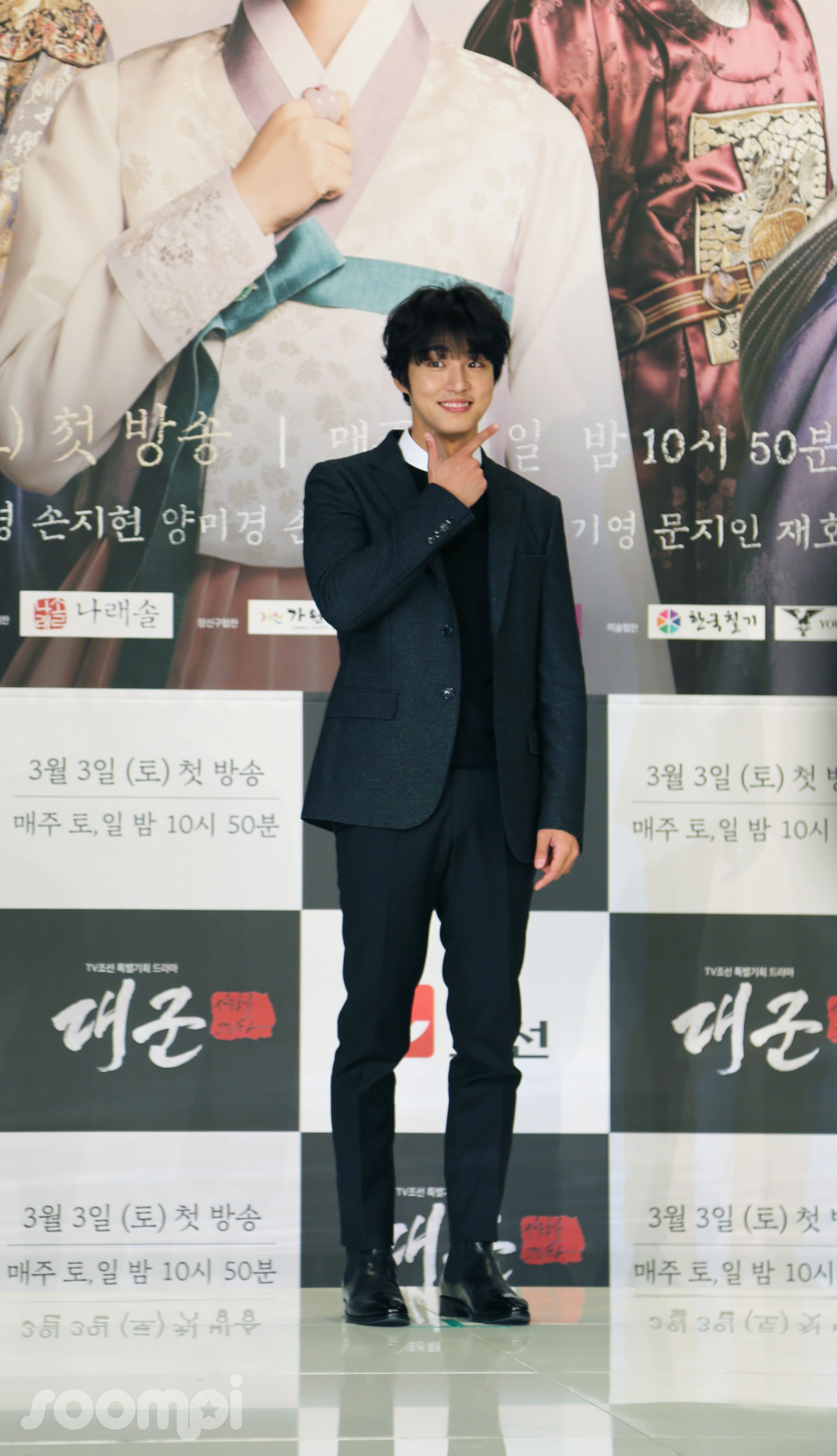 The older prince Lee Kang is played by Joo Sang Wook. His character is very ambitious and ruthless. The actor revealed that his wife, actress Cha Ye Ryun, is well and actively supporting him while being five months pregnant. He also mentioned that they chose “Grand Prince” as their baby’s nickname after getting cast for the drama. However, they adjusted the nickname once they found out that they will be having a daughter. 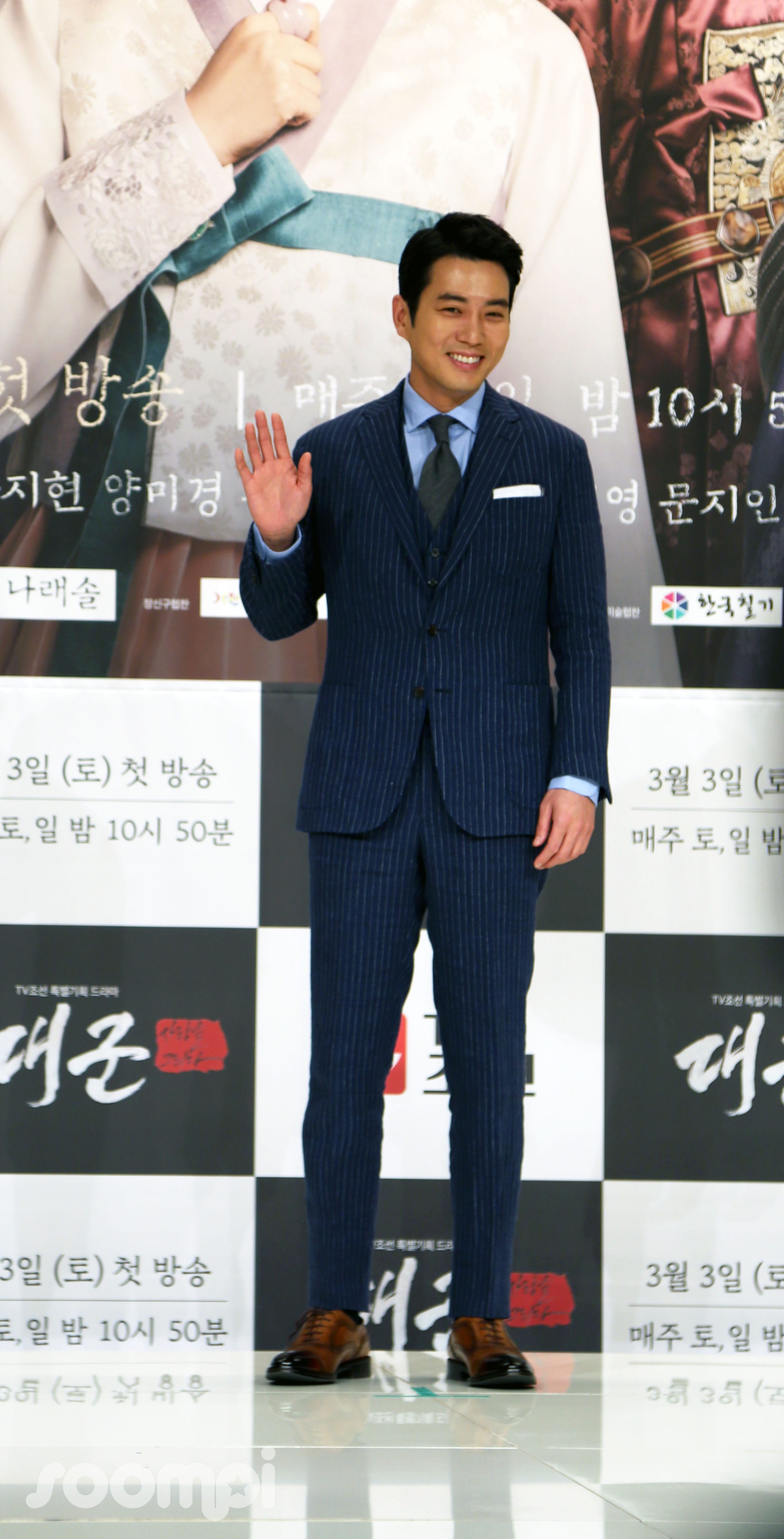 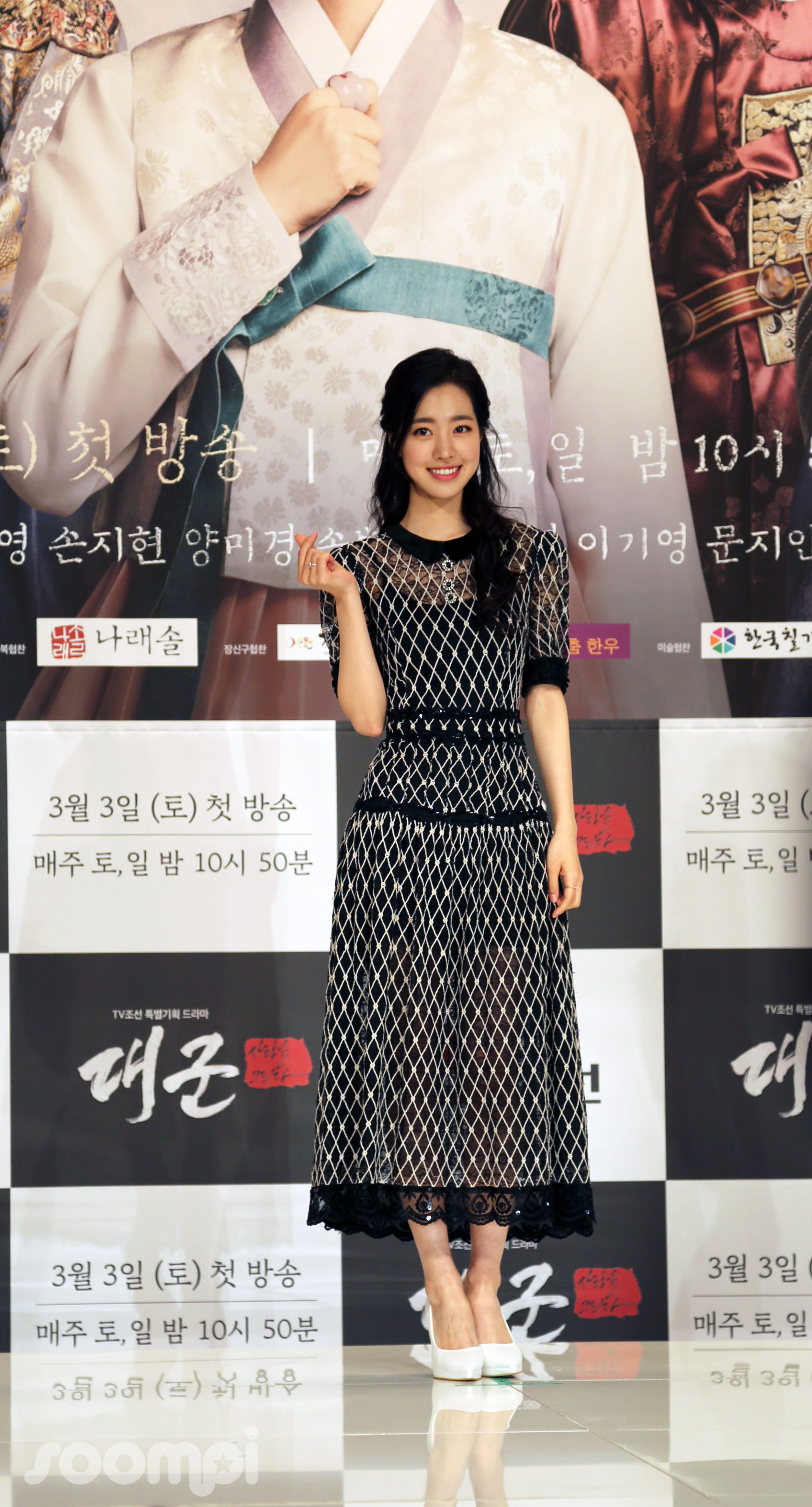 Ryu Hyoyoung talked about how her role as Joo Sang Wook’s wife is her first historical drama role. When Yoon Shi Yoon was asked about how he prepared for his shirtless scene, Ryu Hyoyoung revealed that she saw him working out diligently at their gym. Yoon Shi Yoon returned the compliment and said, “I saw her at the gym at least 90 percent of the times I went in the past two years.” He also joked about how he calls her noona (older sister) whenever she buys him a beverage there. 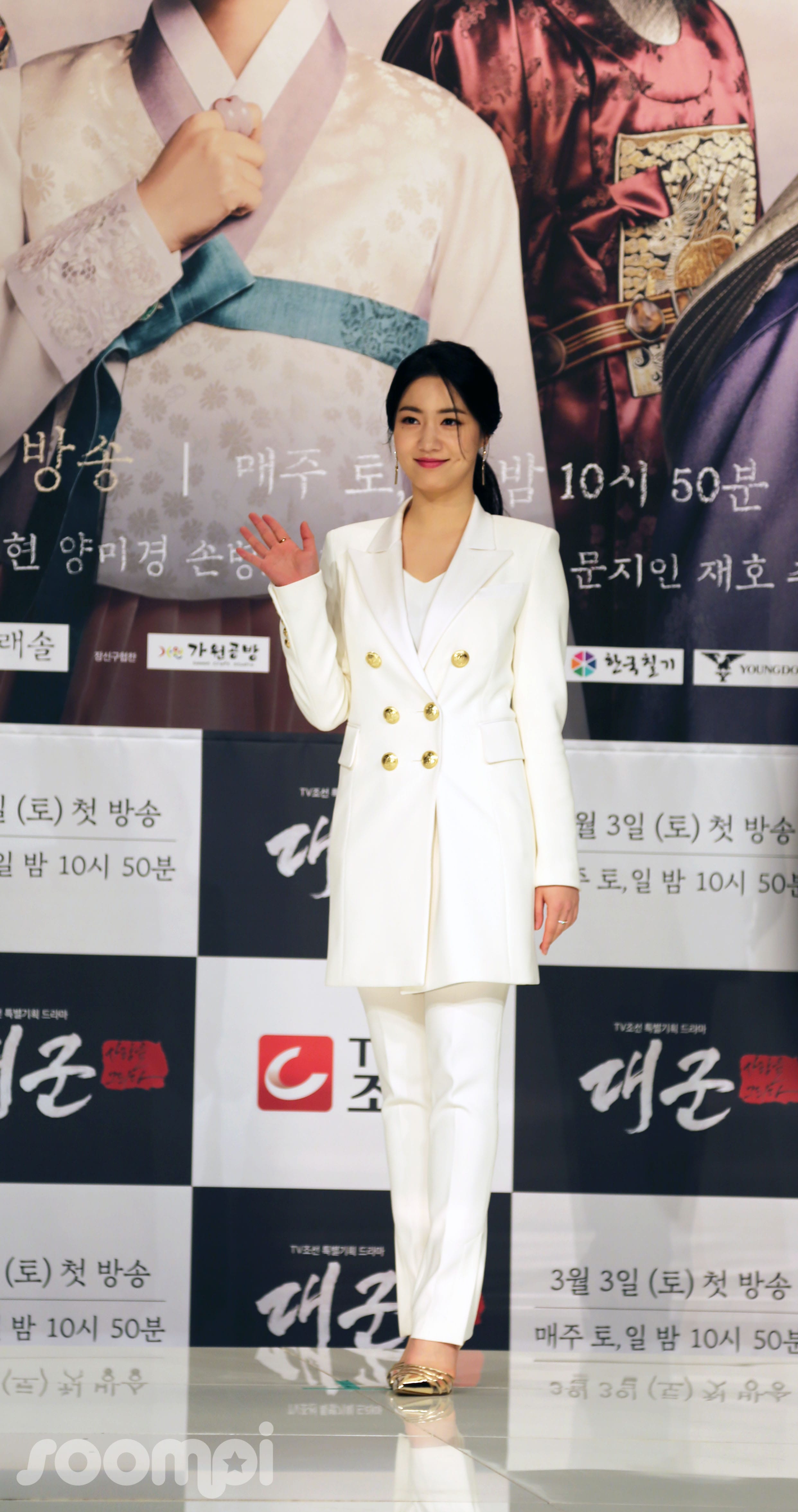 Former 4Minute member Son Ji Hyun talked about how this drama is special for her as it is her first project after officially changing her name. She introduced her character as someone is tough and fiercely loyal. Son Ji Hyun joked that she had to sacrifice caring about her looks for this character. The actress also asked for love and support for the drama as it is especially meaningful to her. 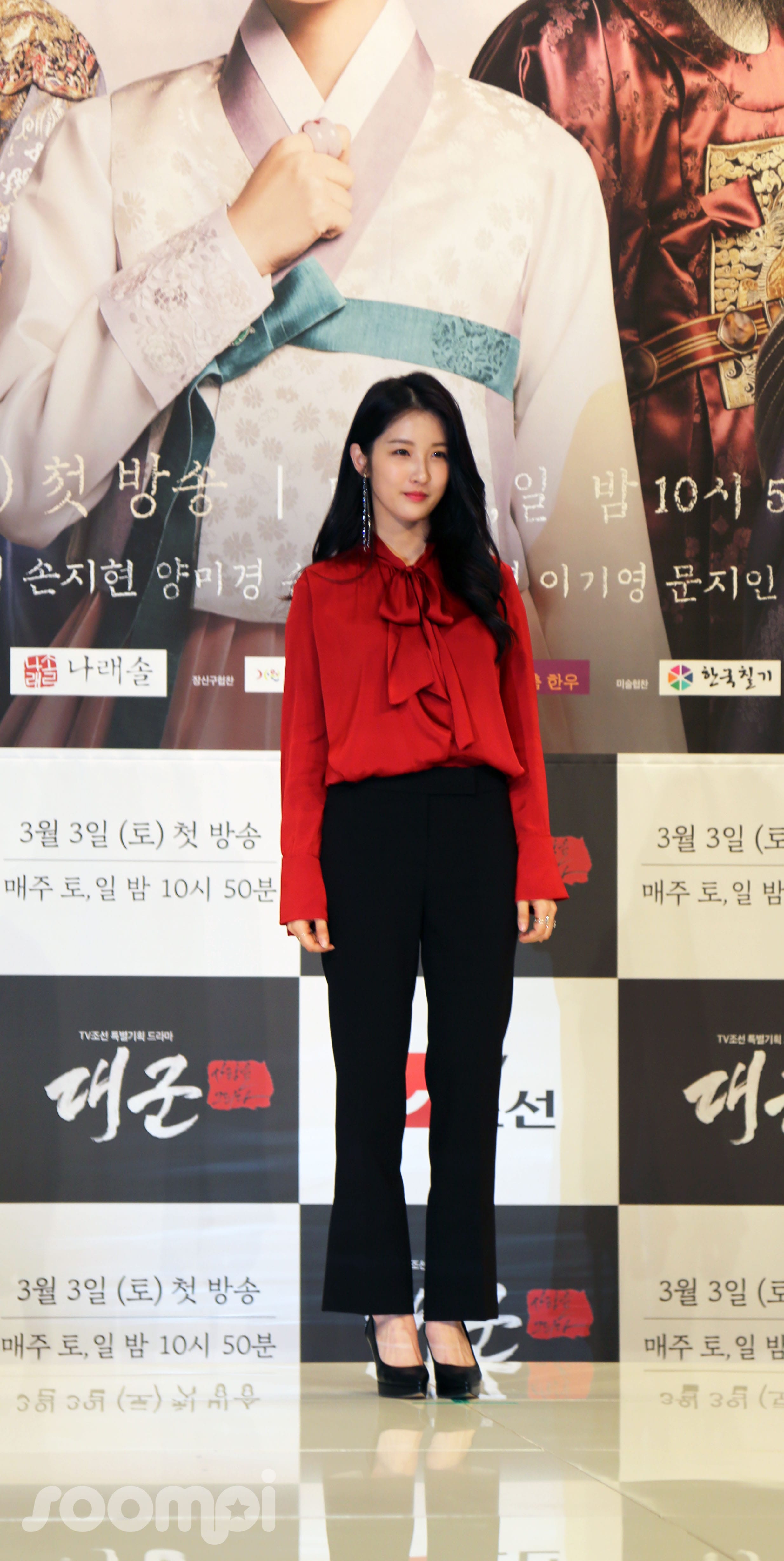 Throughout the event the cast asked for support and interest in their blockbuster-esque drama. They also didn’t hold back on complimenting each other and thanking each other for helping and caring behind the scenes.

Check out more photos below! 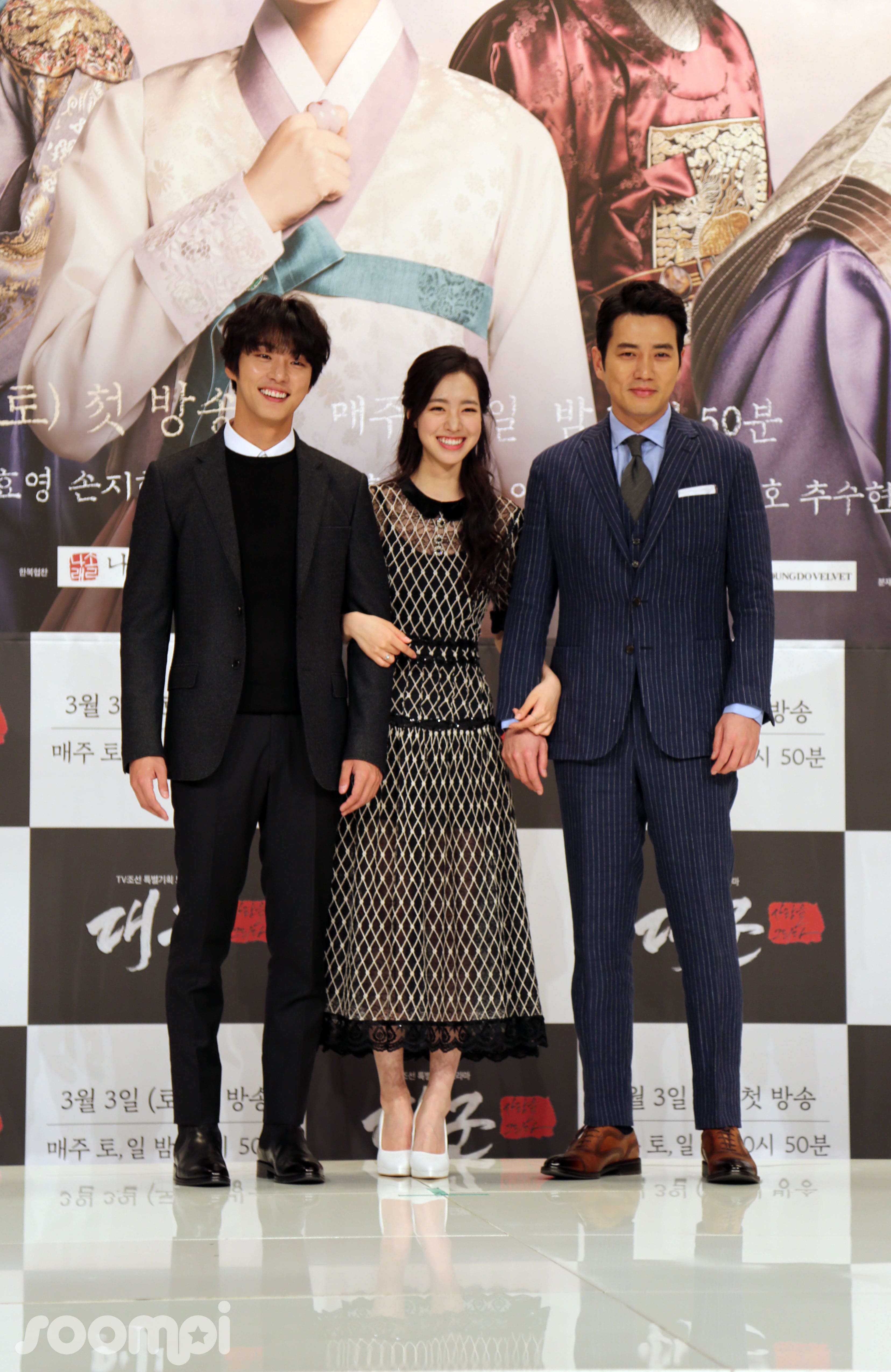 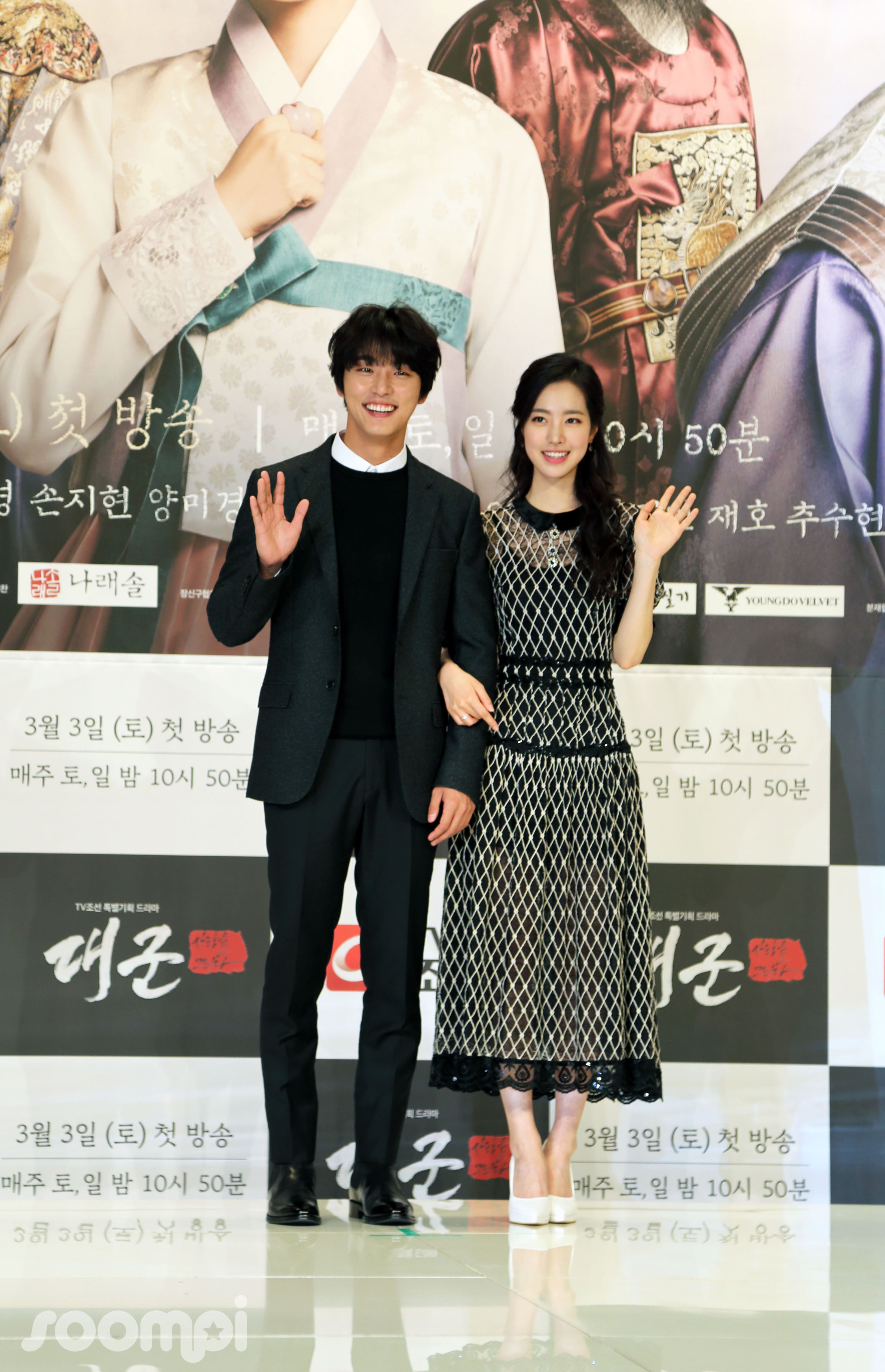 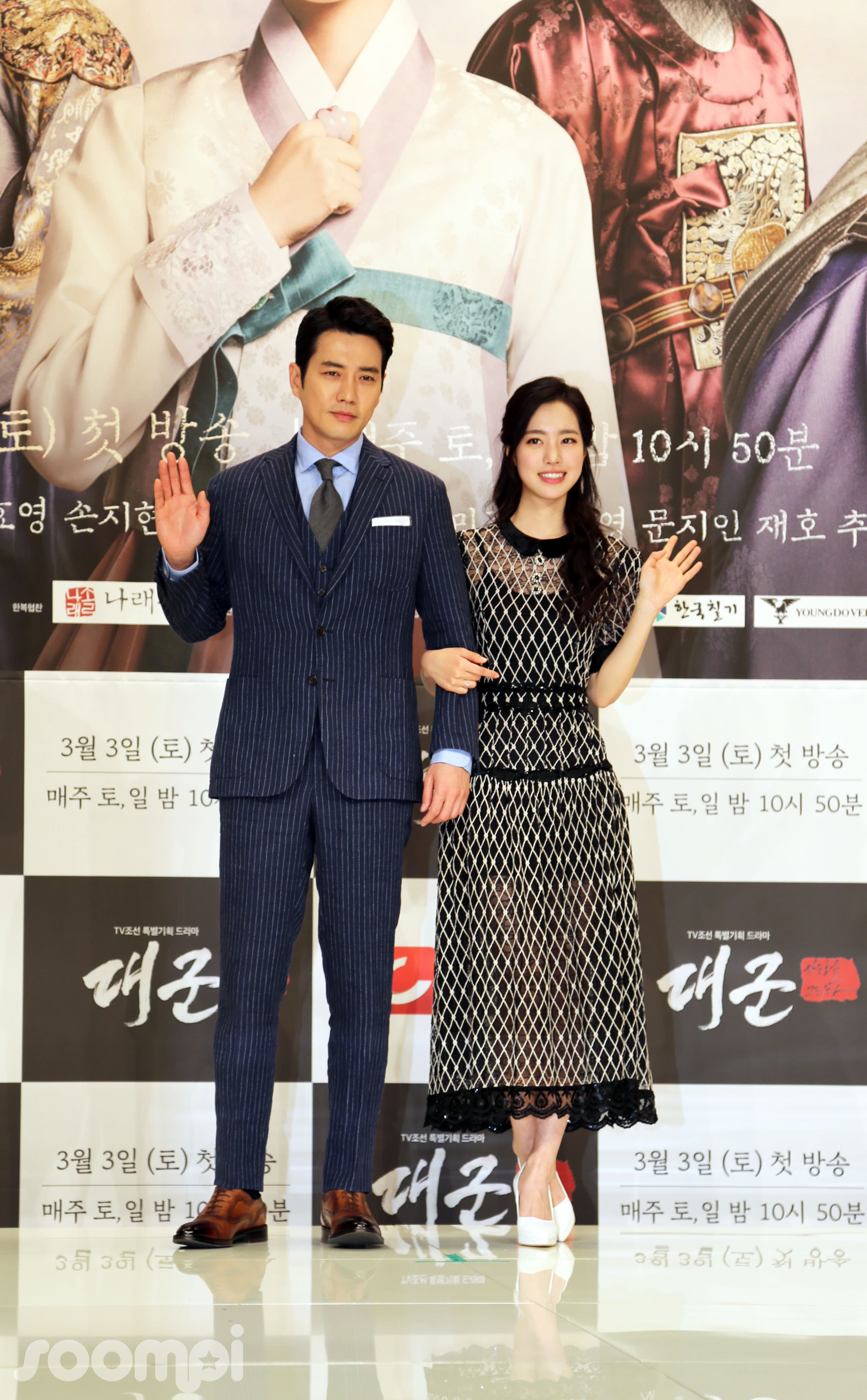 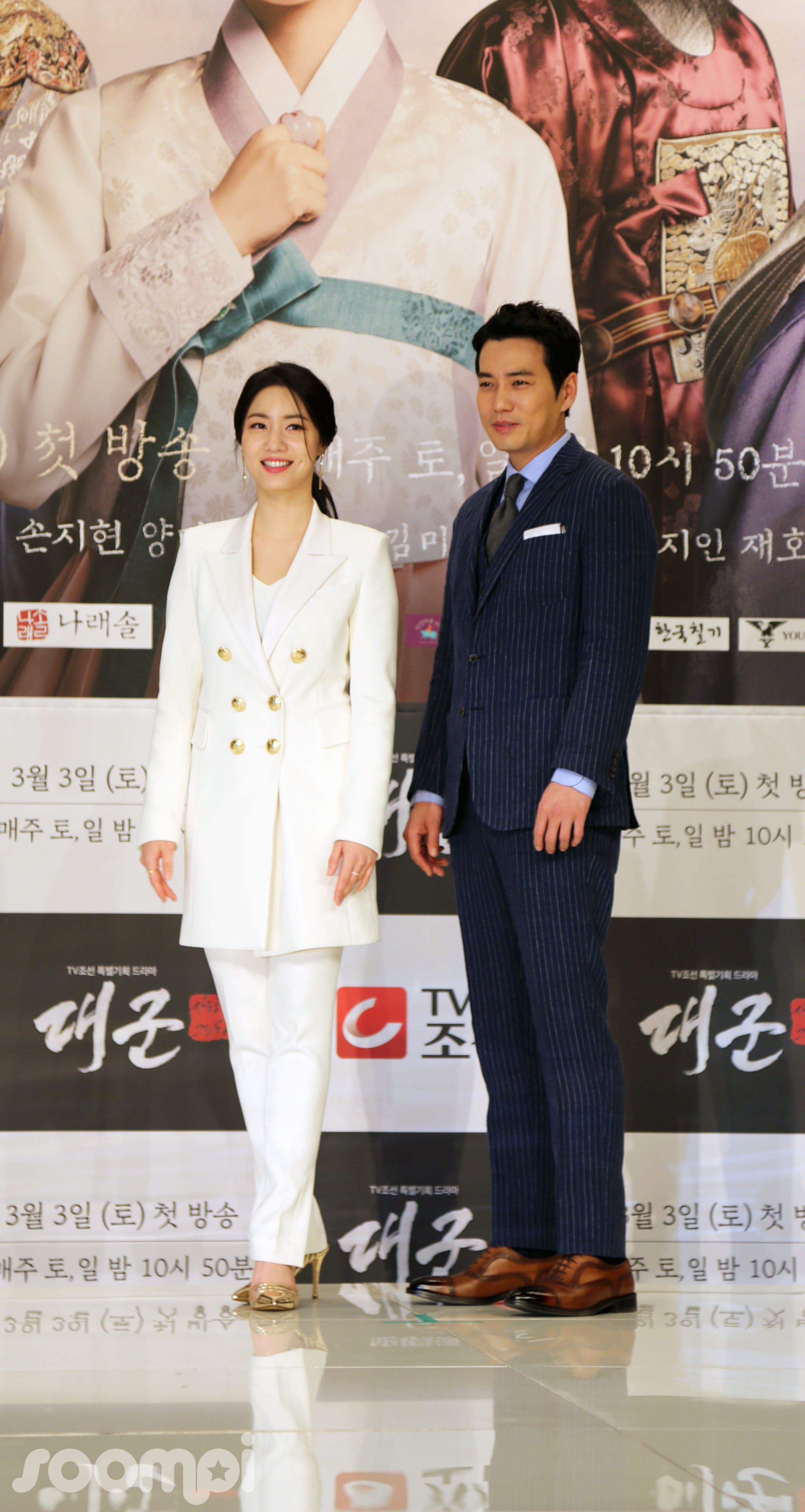 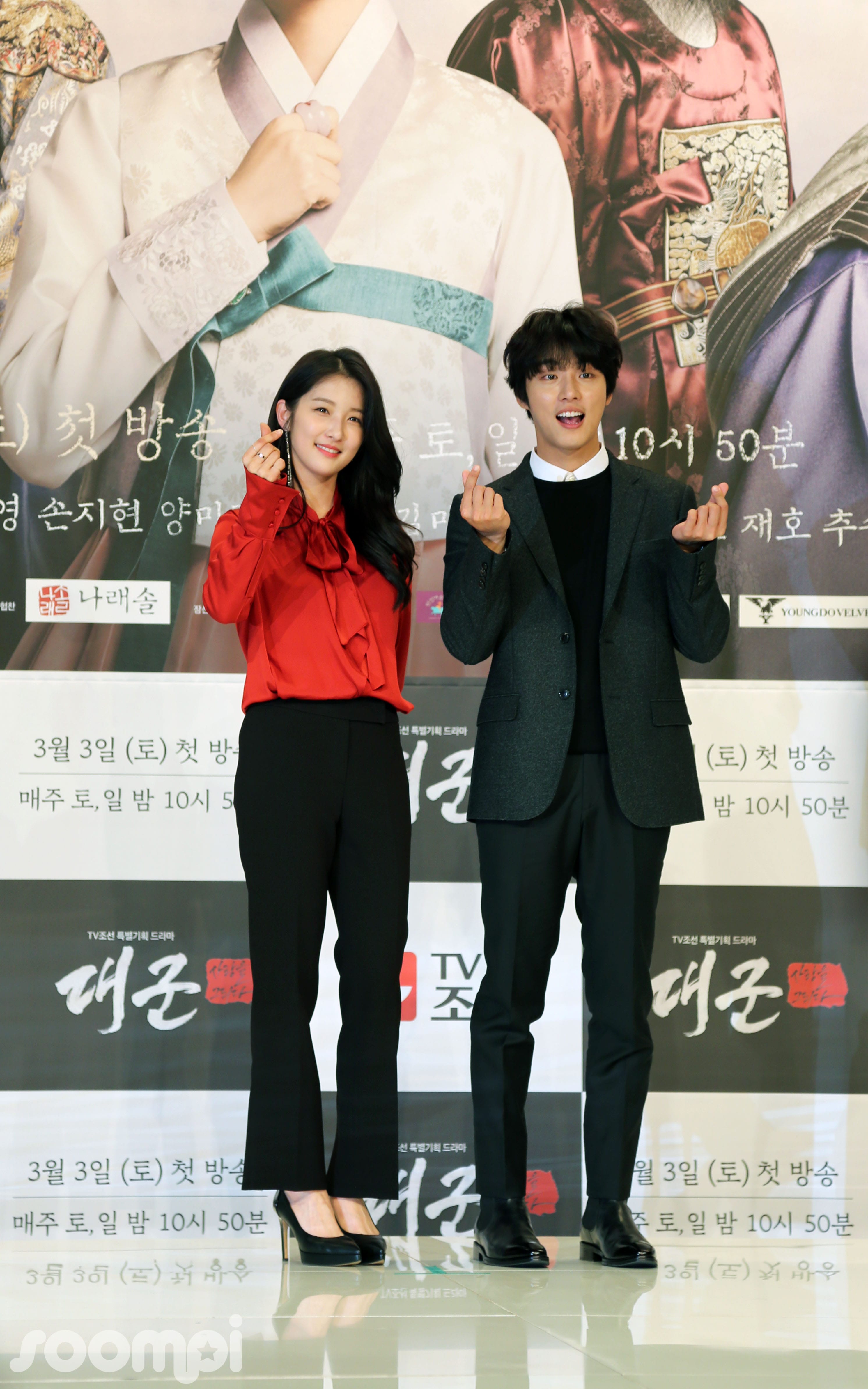 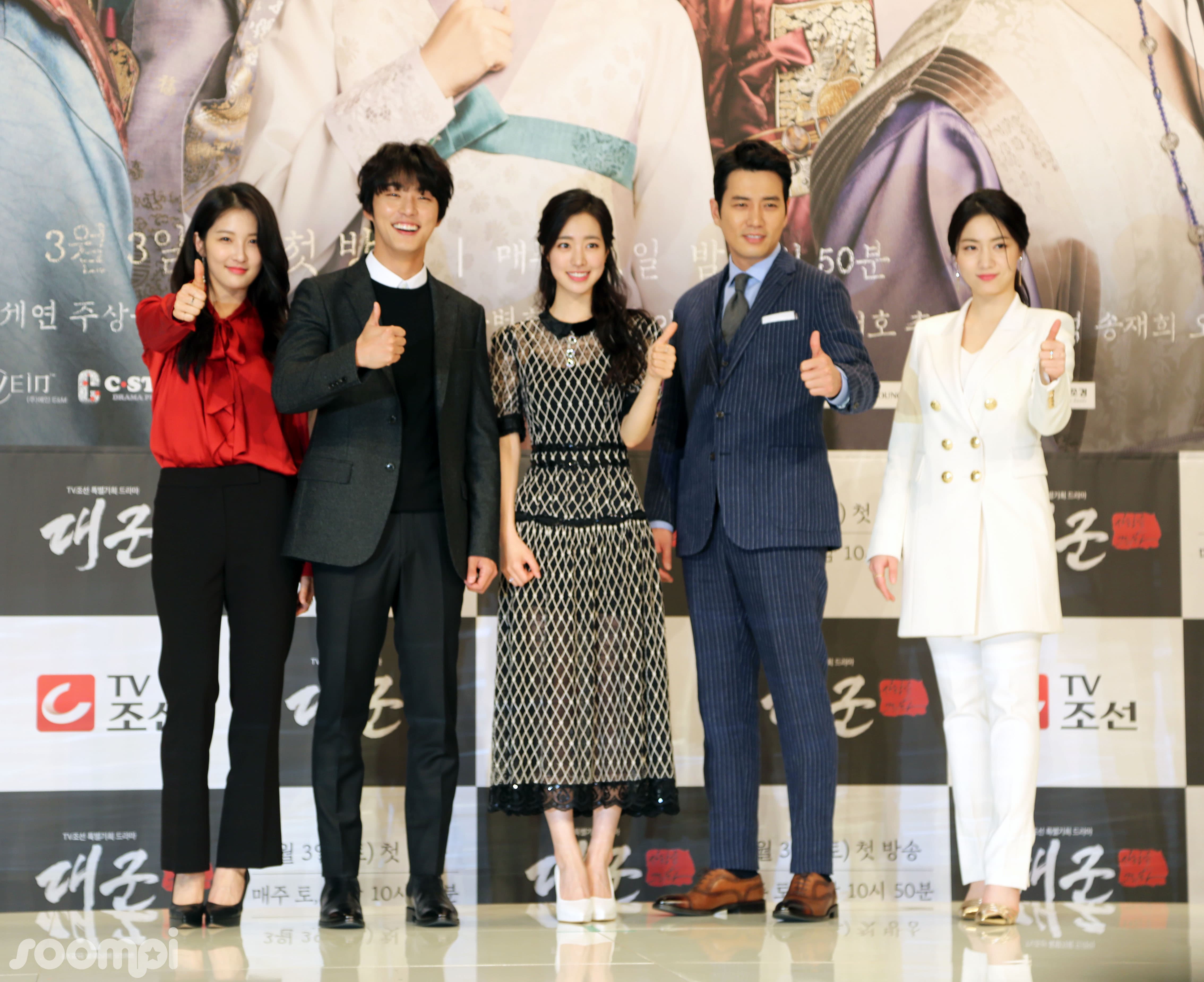 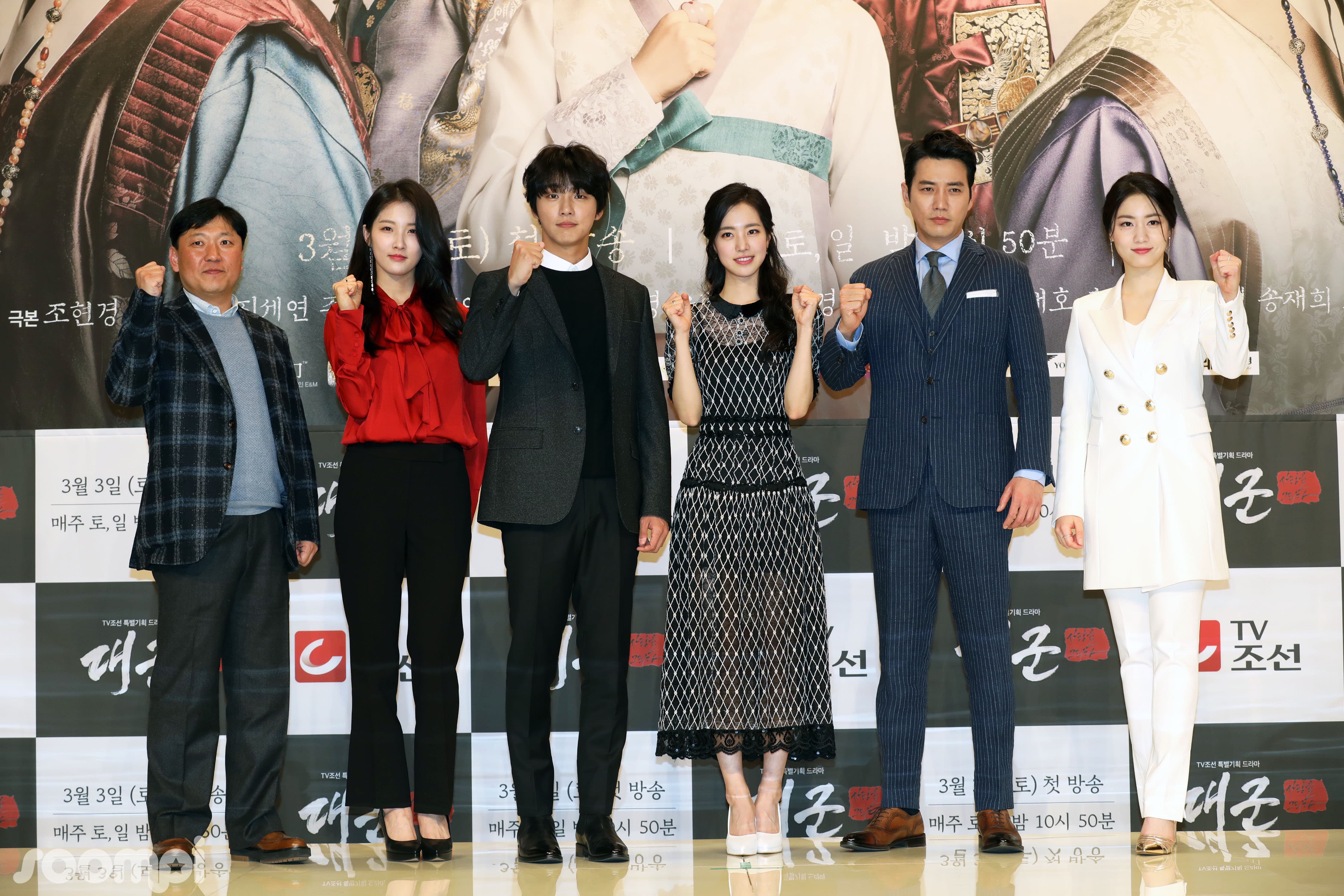 “Grand Prince” will air its first episode on March 3 and will be exclusively available on Viki! Check out the trailer below: