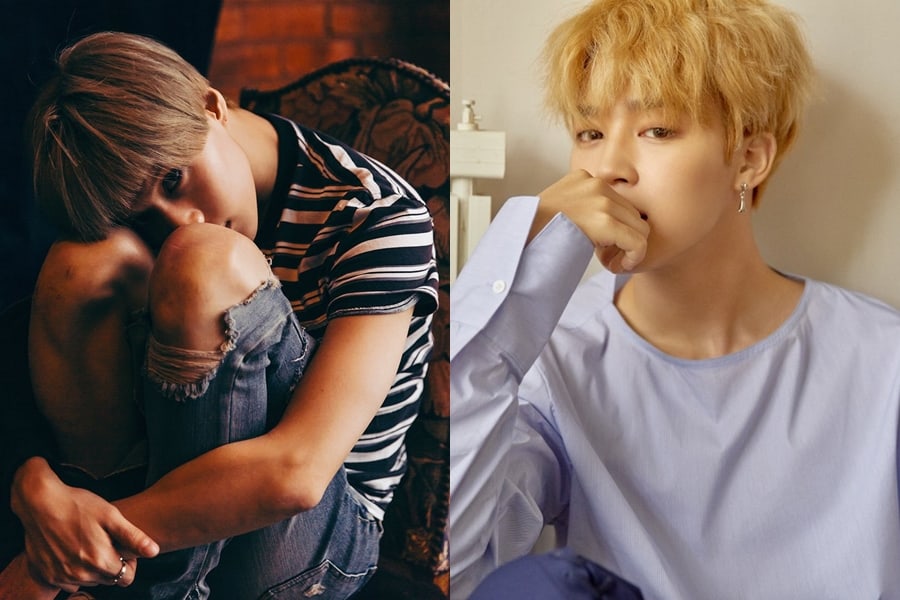 14 Idols Who Happen To Be Amazing Contemporary Dancers

On top of having a versatile range of soulful voices to serenade us, we’ve also been blessed with talented idols who shine brightly in the entertainment industry thanks to their outstanding dancing abilities.

Some of their talents go beyond dancing to regular choreographies, as many idols also explore their mastery of contemporary dance. To underline their dreamy performances, here are 14 idols who happen to be amazing contemporary dancers!

Taemin is undoubtedly the king of contemporary dance. The sassy maknae largely showcases his artistic moves throughout his music videos, dance practices, and award show stages, where he effortlessly moves to the rhythm of his Korean and Japanese songs.

His dance to the Korean version of “Goodbye” is one of his many mesmerizing performances.

Light as a feather, Kai has displayed his swift dancing skills time and time again. Recently, he performed a traditional dance routine during the closing ceremony for the PyeongChang 2018 Olympics!

His solo stages are always a joy to the eye, which you can see for yourself in his 2017 Mnet Asian Music Awards performance of “I See You.”

N is a perfect example of what it means to be a triple threat in the industry. He exhibited his poetic dancing through the musicals he’s starred in, as well as during the 2016 Ultra Dance Festival and the 2016 SBS Gayo Daejun, where he collaborated with other talented idols.

Watch his captivating intro performance of “Chained Up” at the 30th Golden Disk Awards before being joined by the other VIXX members.

The two dancing aces have come a long way and extensively proved themselves through various stages, with the 2016 SBS Gayo Daejun modern dance collaboration being one particular stage to remember.

Being famous for his smooth dancing skills, Hoya made sure to reveal his talent to the general public through his celestial stage performances on “Hit The Stage.”

As the former INFINITE member kickstarted his solo career earlier this month, he surely put his aesthetic dance moves to good use. Discover Hoya’s ethereal MV for “Angel” below!

Jimin’s irresistible charisma is often witnessed through BTS’s intense choreographies, and a lot of variety and talk shows have brought up his pre-debut days when he used to take classes at his old dance academy in Busan.

While teaming up with J-Hope for their intro stage at the 2016 Mnet Asian Music Awards, Jimin graced us with a brief but hypnotic contemporary performance.

Seulgi is known amongst her fellow members for being the dance machine of the group. She has proudly encapsulated her talent in various dance genres, and has even combined them at times while still maintaining her own dance color.

Enjoy this fancam of Seulgi portraying her powerful skills in a solo dance performance to Red Velvet’s cover song “Be Natural” during their first solo concert “Red Room.”

The NCT U member is widely recognized for his breathtaking dance flow, which he showcased during NCT’s numerous stages as well as through his appearances on “Hit The Stage.”

About a year ago, Ten illustrated his talent once more through the music video for his single “Dream In A Dream.”

The SVT performance team did their unit justice by releasing a beautiful dance routine that was filmed in one shot! The music video amply represents the members’ sharp skills which gives their contemporary dance performance a fierce aura.

Albeit becoming a full-time actress and leaving her SISTAR days behind, Bora did not put her slick moves to rest. In fact, she participated in the dance competition show “Hit The Stage” where she delivered a touching contemporary ballet stage.

Which idol is your favorite contemporary dancer? Let us know in the comments below!