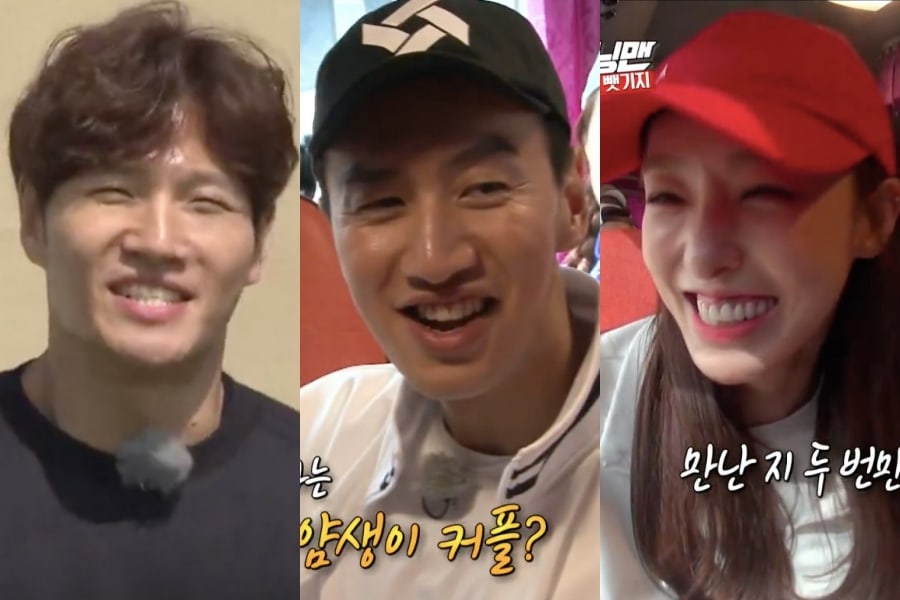 On the March 25 broadcast of the variety show, Lee Kwang Soo teamed up with guest Lee Da Hee for the episode’s “couple race.” The two were also partners during Lee Da Hee’s memorable appearance on the show back in February.

While the entire cast was traveling by bus to their next mission, Yoo Jae Suk pointed out that Lee Kwang Soo and Lee Da Hee kept chatting by themselves. “What do the two of you keep talking about?” asked Yoo Jae Suk, with guest Hong Jin Young remarking, “It looks like something might happen between them if they keep this up.”

Kim Jong Kook then jokingly cut in, “Kwang Soo, it looks like you want to show people a beautiful romance, but after losing all that weight, you’re too ugly right now.” Everyone cracked up as he added, “Your hair is too short right now for romance. And your face isn’t in the best condition either.” 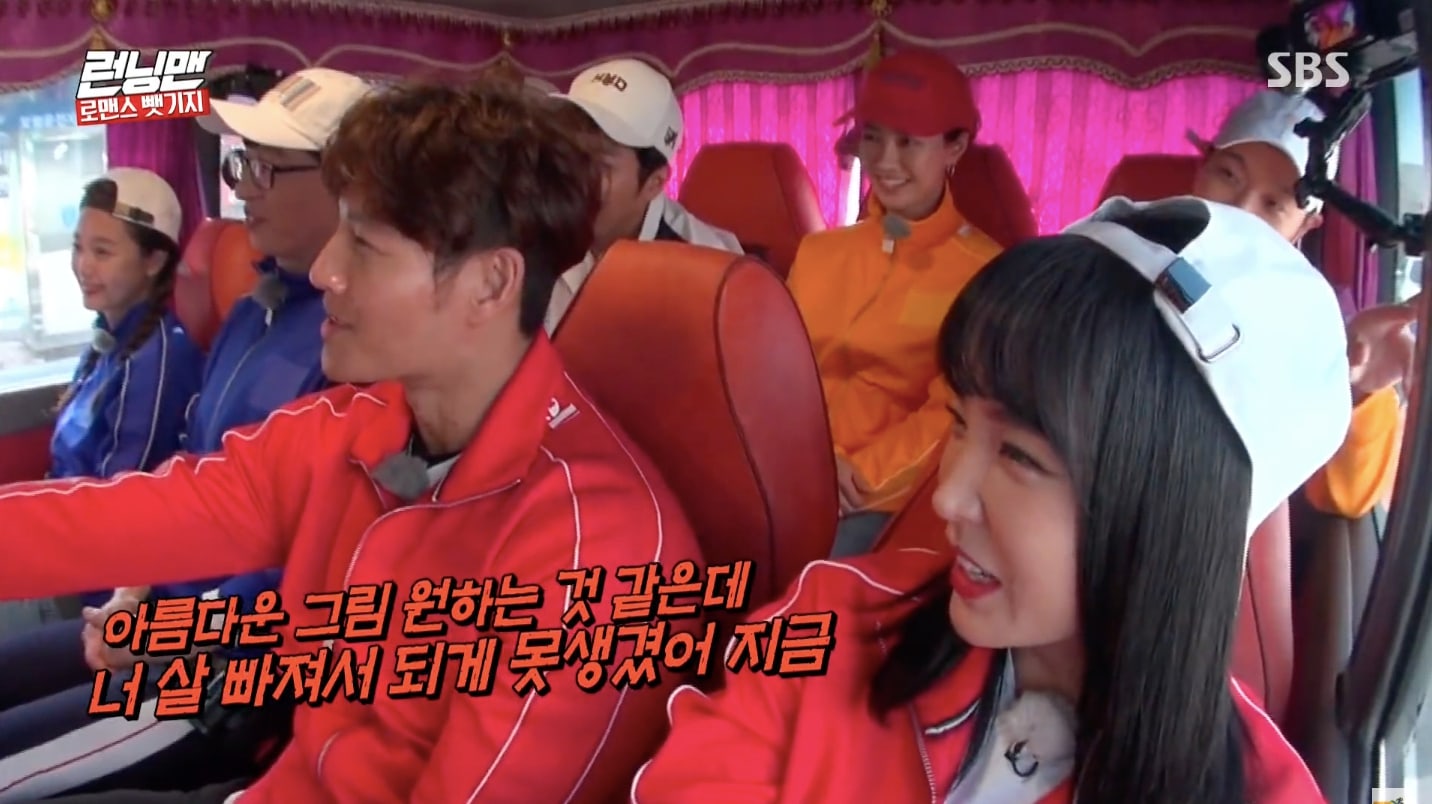 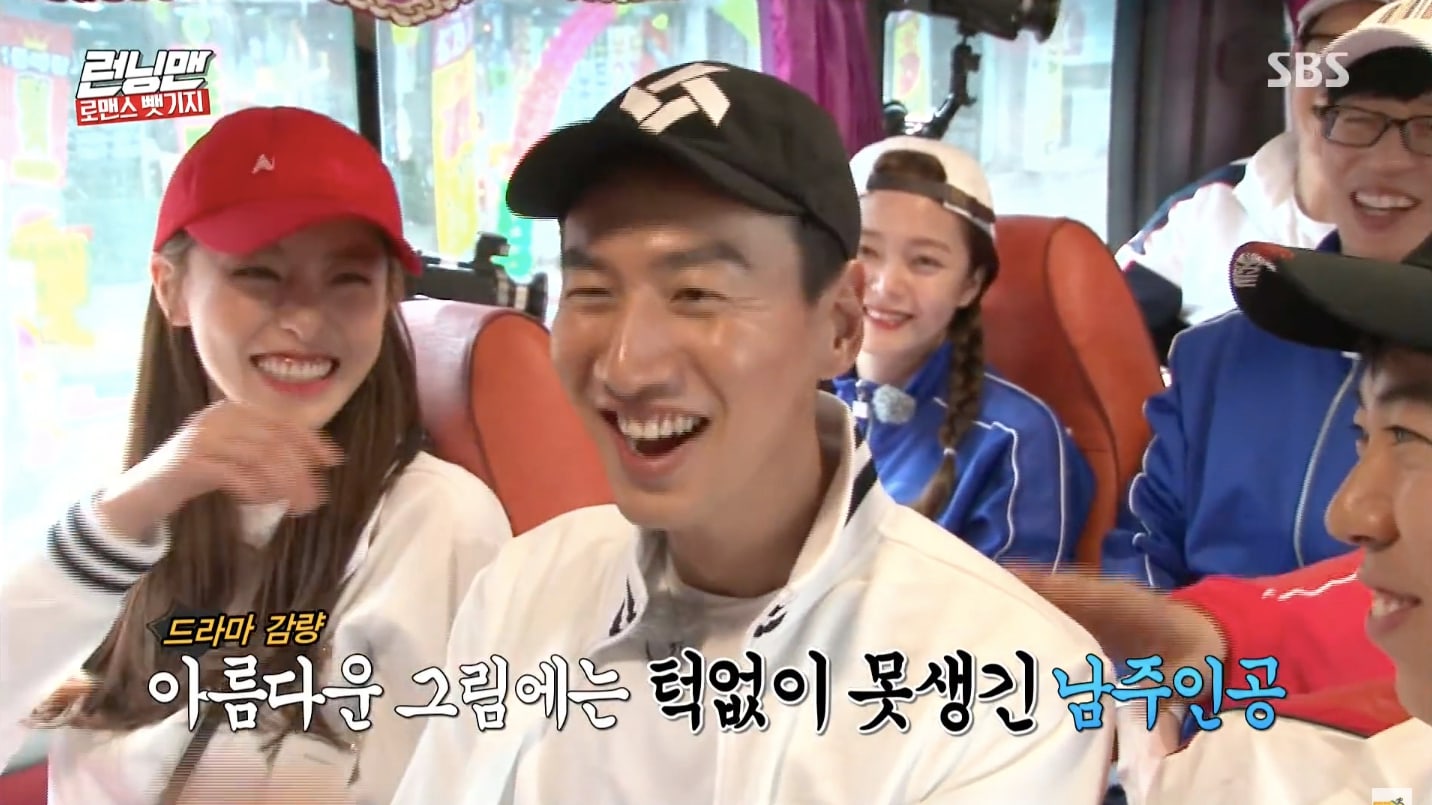 Yang Se Chan asked Lee Da Hee what she thought of Lee Kwang Soo, and the actress didn’t miss the opportunity to join in on the fun. She teasingly replied, “I think Kwang Soo must really have had a hard time while filming his drama, because it’s true that he’s become uglier since the last time [I was on the show].”

Lee Kwang Soo couldn’t hide his shock as she jokingly went on, “Back then, my stylist kept telling me how handsome you were. But today, something is different.”

Hong Jin Young cheerfully chimed in, “Today, you look kind of like a living corpse.”