Living A Double Life As Lawyer And Gangster: 6 Reasons To Watch “Lawless Lawyer”

Legal or courtroom series are often a hit or a miss. They’re either filled legal jargon with formulaic episodes about the journey of winning and losing cases, or it’s a battle of which lawyer delivers the most charismatic closing argument. But nowadays K-dramas are making legal stories more creative and enticing for all kinds of viewers, infusing mystery, romance, action, and everything in between. Such is the case for “Lawless Lawyer,” which has every potential of giving other currently airing courtroom dramas like “Suits” and “Miss Hammurabi” some tough competition. Here are reasons why you should definitely watch it:

Need I say more? Lee Joon Gi makes his most-awaited return as a lawyer who was trained and grew up in a gangster environment. Who knew the words “lawyer” and “gangster” could turn up in one’s profile? But this ironic combination is what makes his character quite unlike the other lawyer roles out there. He plays Bong Sang Pil, a tough-talking, fist-fighting man whose philosophy in law is “know it, to break it.” Lee Joon Gi displays his flexibility as an actor here — he switches effortlessly from being intense, scary, and vengeful, to being witty with perfect comedic timing. And, he looks incredibly good in stylish suits so that’s a major plus! 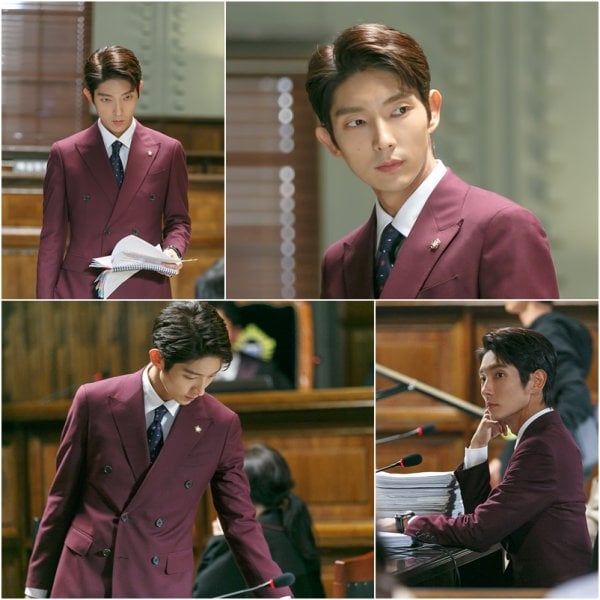 You also have to look out for the child actor who played the young Bong Sang Pil. Not only is he adorable but he shows great acting skills that will surely tug your heart. 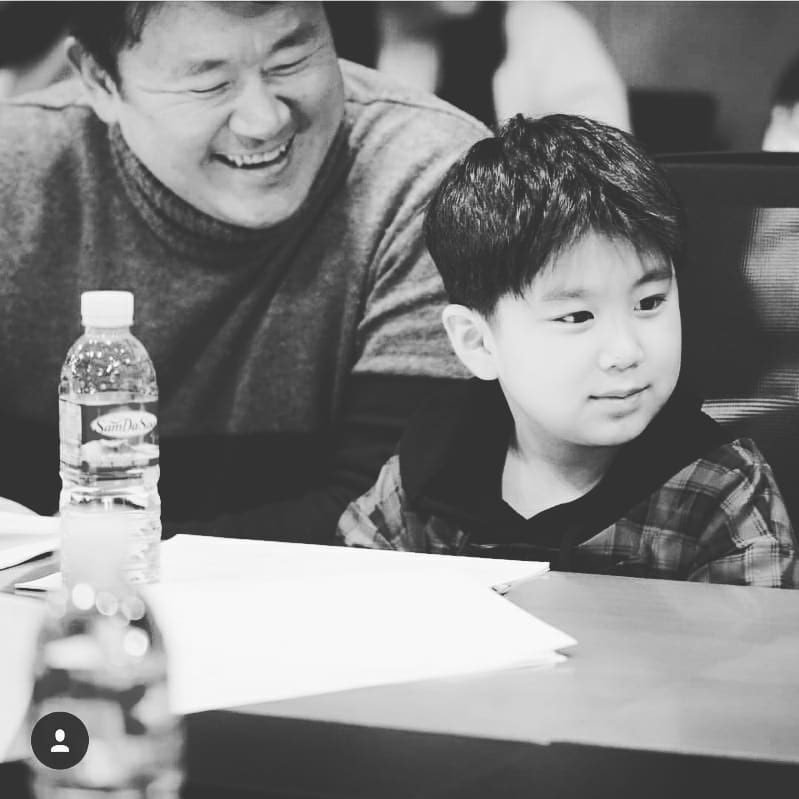 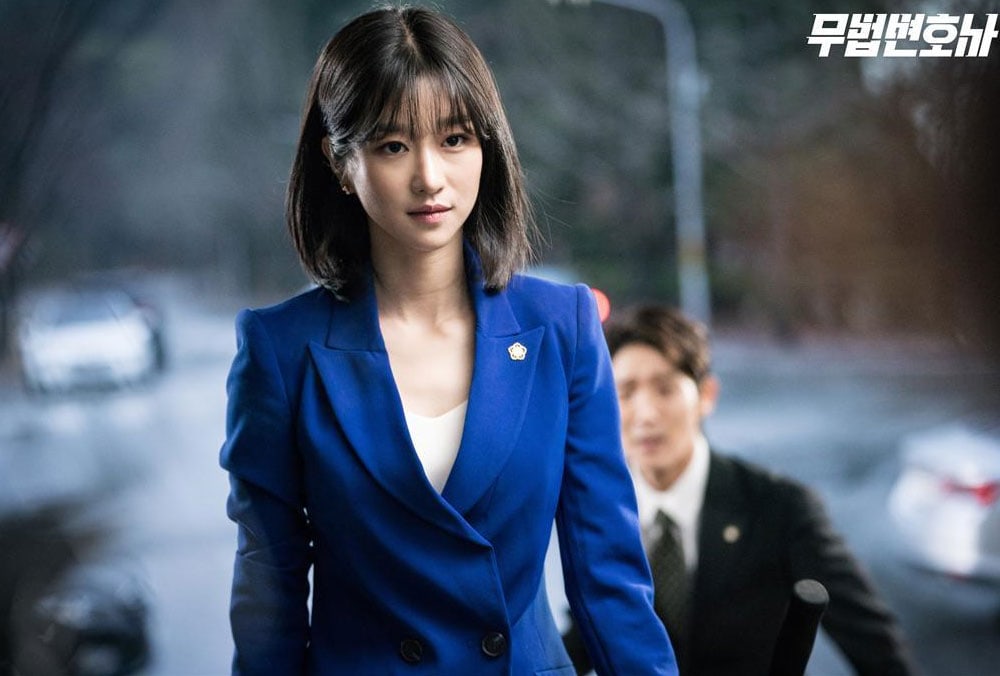 With her intense acting skills, Seo Ye Ji has always played strong femme fatale characters such as those in “Moorim School” and “Save Me.” Perhaps this kind of role suits her best and she shows this even more in this drama where she portrays Ha Jae Yi, a strong-willed lawyer who’s not afraid to speak her mind and fight for her rights in a world that’s dominated by men. But this doesn’t mean that Seo Ye Ji is a one-trick pony. Like Joon Gi, she is able to give nuance to her character by showing both her strong and vulnerable sides.

These veteran characters are highly regarded in Korea as two of the country’s best actors, and in this drama they’re the ones who make Bong Sang Pil’s life a living hell. Lee Hye Young plays a well-respected judge in Gisung that holds an impenetrable power, which she tries to take a hold of by engaging in bribing, corruption, and political manipulation. Choi Min Soo, on the other hand, plays Ahn Oh Joo, her underling who does her every command. You’ll grit your teeth, feel like throwing stones on the screen, and get annoyed with them — but that only shows how effective they are in portraying villains. 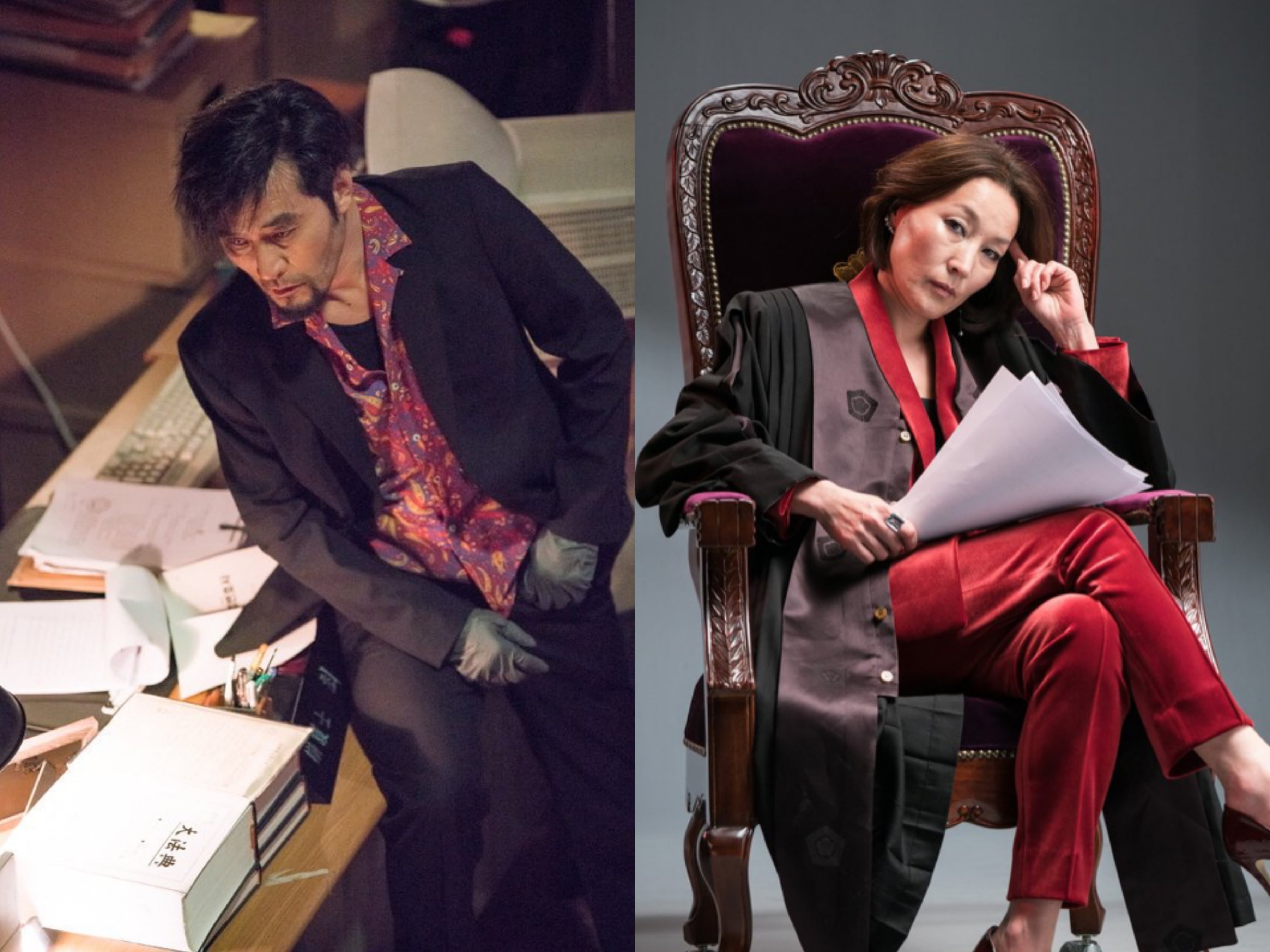 A gang of misfits that will give you all the laughs

Bong Sang Pil employs a group of sketchy loan sharks to run his law firm in a dilapidated building that looks more like a gangster hideout than an office. They start out as a disorderly crew that causes chaos around them, but eventually Sang Pil “tames them” and they become his loyal cohorts. The members of the gang are silly and simpleminded, but when push comes to shove, they always have Sang Pil’s back. Together, they help him find clues that are helpful in solving his case — in their unconventional ways.

Being a gangster for them is a habit that’s hard to break, and they use their old tactics to turn wrongs to right, which more often than not results in banter and slapstick humor. Their bromance and loyalty towards Sang Pil will unexpectedly warm your heart, and their odd yet meaningful story about transitioning from law-breaking to law-abiding citizens brings something deeper to their roles than just givers of comic relief. 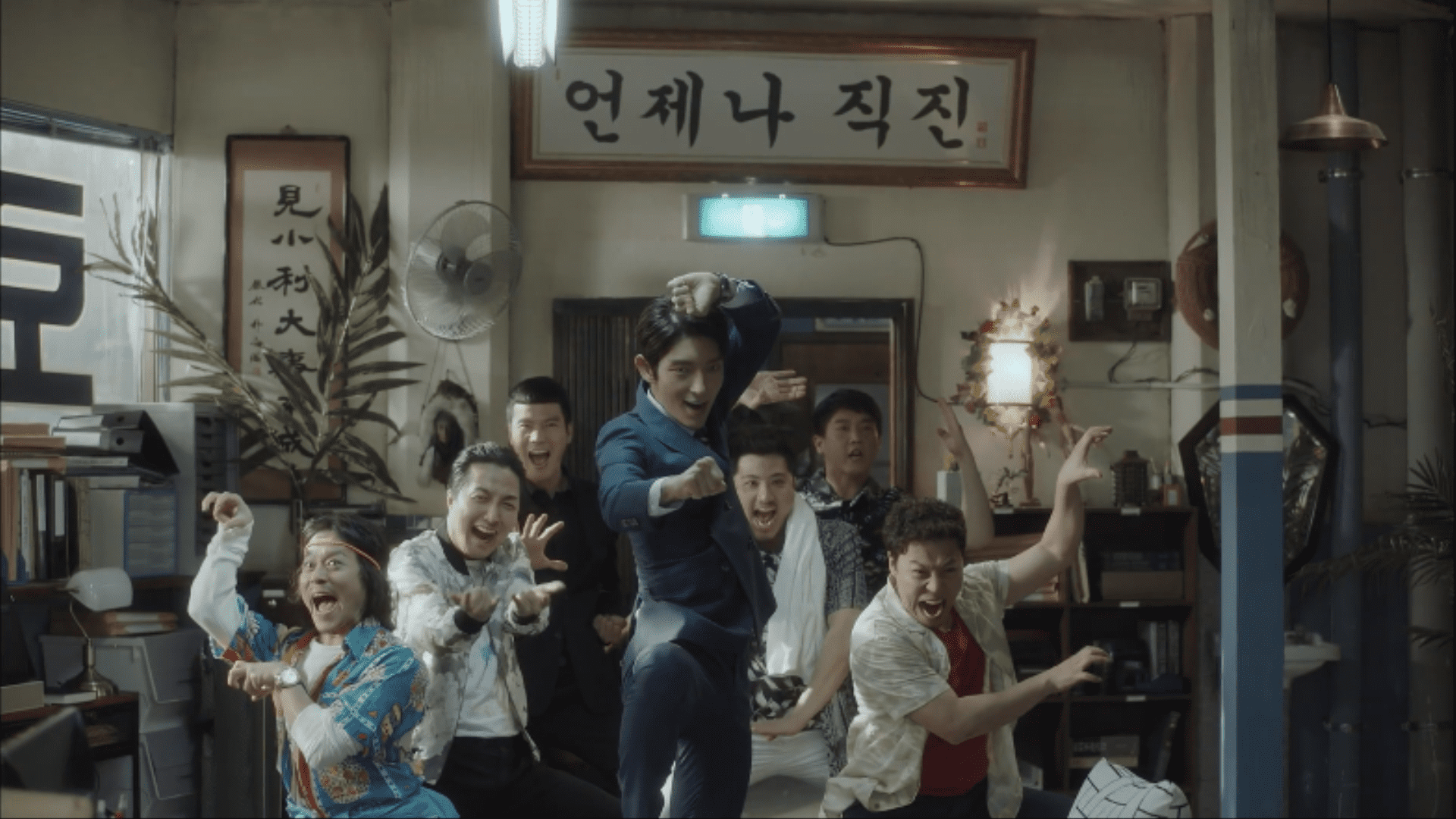 A whole new meaning to “fighting with the law”

If you’re expecting to sit down and watch lawyers and judges throw around the story through dramatic speech deliveries and regular flashbacks of incidents, you’re in for a treat. Bong Sang Pil isn’t your ordinary walk-and-talk lawyer. Having lived a “thug life” with his gangster uncle and survived as a young boy who lost his mother, Sang Pil knows how to defend himself not only through his brains but also through his fists. Lee Joon Gi is reported to have trained very hard for this role and it shows. You’ll see a lot of action scenes with him kicking some butt while looking impeccable in a suit. He seems to be choosing a lot of crime/action dramas recently and it adds versatility to him as an actor because he can go from killer mode to melancholic easily, even with just the look in his eyes. 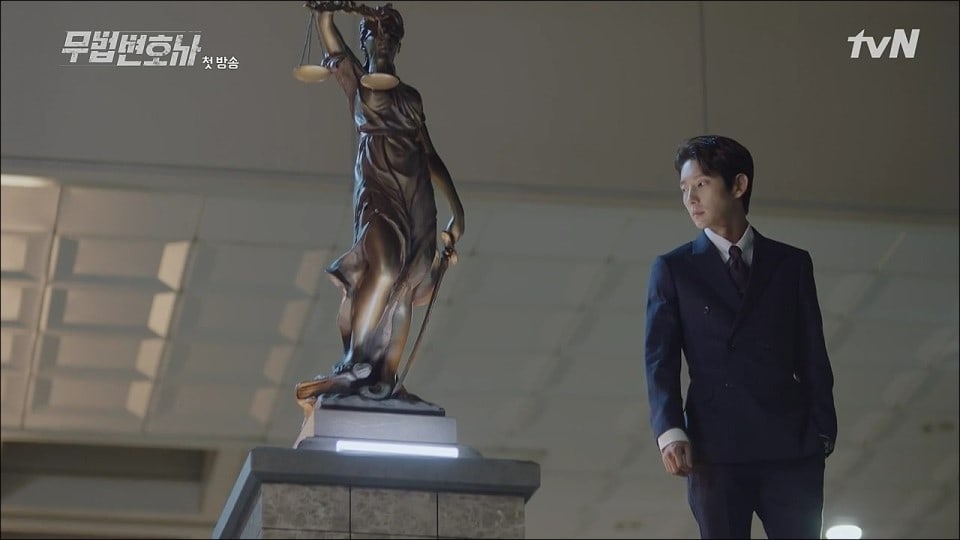 A revenge plot that’s full of twists and turns

Yes, it’s yet another revenge story in K-dramaland. But rather than just trying to punish the ones who did him wrong, Bong Sang Pil does his best to be on the side of justice and what is right. What’s also interesting to look forward to in this drama is the history of his childhood and the events that made him the way that he is. Along the way it will be revealed that he is connected to his leading lady through a secret that only he knows. 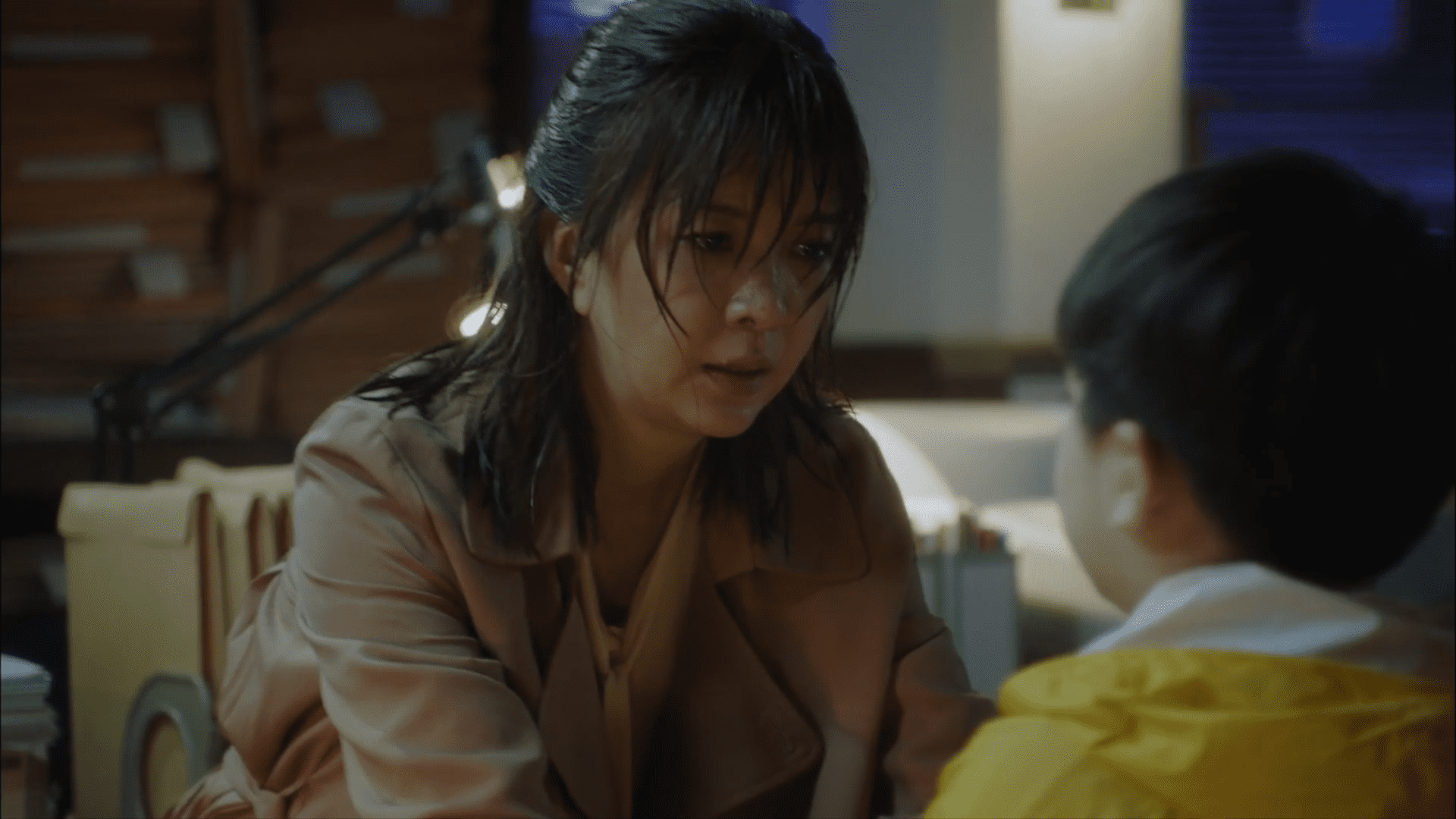 The strong chemistry and love line

Here’s some back story: Sang Pil hires the hesitant Jae Yi as his office manager after she gets suspended from her duties as a lawyer for standing up against a sexist judge. This results to fun scenes of bickering between the two because Jae Yi is your all-around book smart, righteous lawyer while Sang Pil is the street smart one who does everything like a gangster. But eventually Jae Yi warms up to the sketchy gang and sees the rationale behind the way they do things. The witty dialogues that the two throw back and forth are a joy to watch, and the way Sang Pil tries to protect Jae Yi will make you look forward to their possible love story. And judging from footages taken behind-the-scenes, it seems like the actors had a lot of fun while filming. 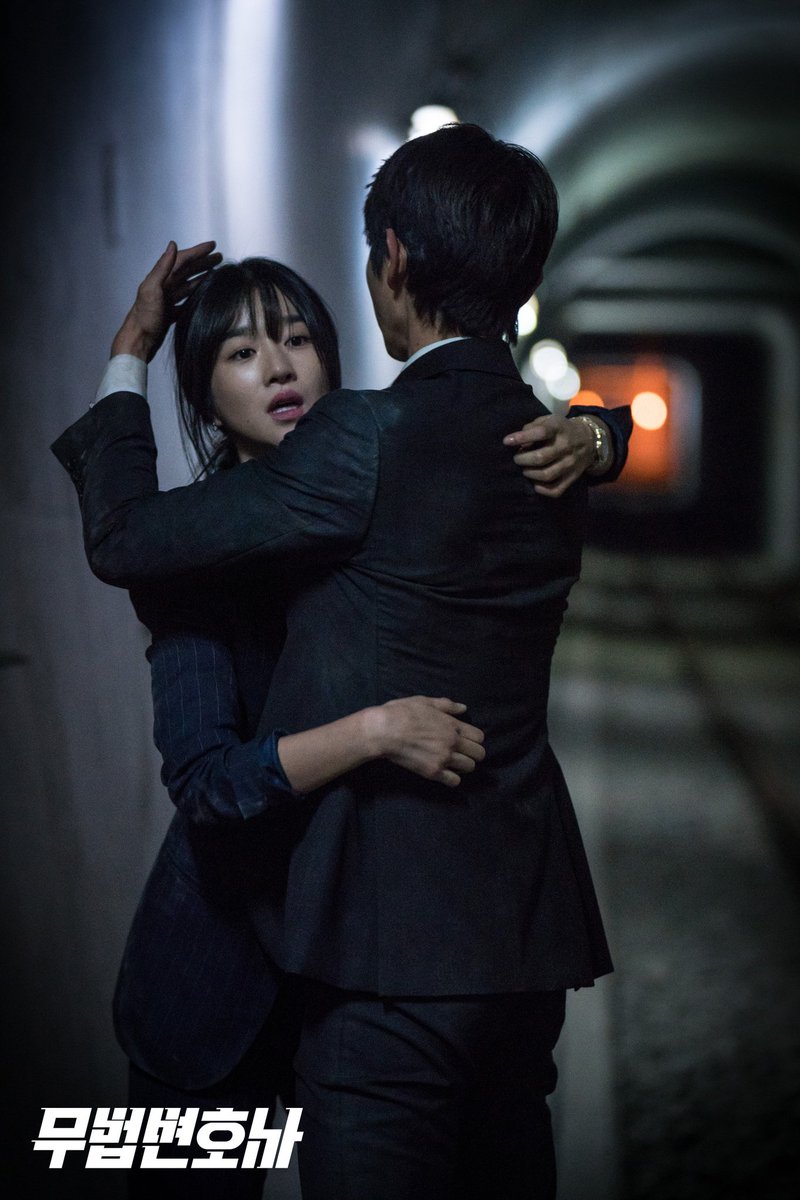 Hey Soompiers! What do you think of “Lawless Lawyer” so far? Tell us in the comments below!