The new stills show Lee Joon Gi and Choi Min Soo facing off against each other. Lee Joon Gi looks like he’s ready to explode with rage as he understands the trouble he is in, while Choi Min Soo smirks and looks amused as he looks at how his actions are affecting Lee Joon Gi.

Backed into a corner, Choi Min Soo does what he knows will hurt Lee Joon Gi the most and sets his sights on Seo Ye Ji. She is tied to a chair and watches on with anger in her eyes as Choi Min Soo talks to someone on the phone. Despite being in a dangerous situation, she stays calm and tries to assess the situation. 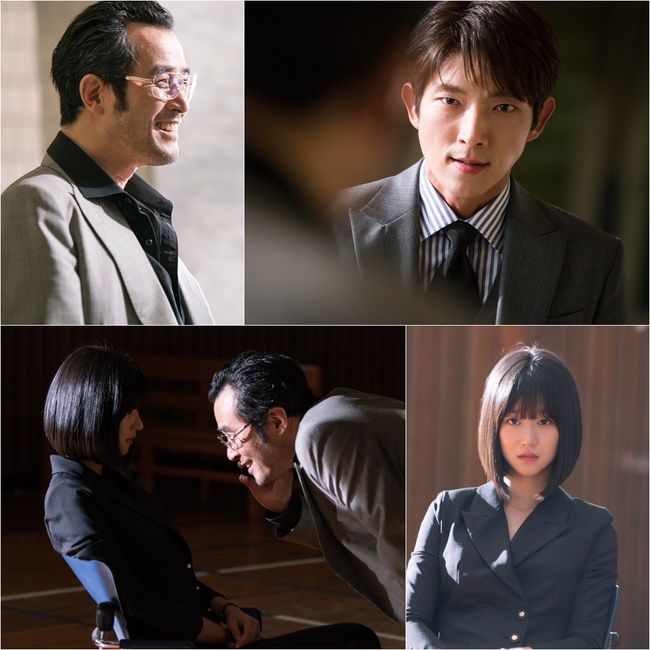 The production staff stated, “The scene shown in the stills is Ahn Oh Joo (Choi Min Soo)’s last attack to take down Bong Sang Pil (Lee Joon Gi) as he is backed into a corner. Putting his attention on Ha Jae Yi (Seo Ye Ji), Ahn Oh Joo will be at his most cruel and evil, driving Bong Sang Pil into a rage as he fights to get her back.”

tvN’s “Lawless Lawyer” tells the life story of a lawyer who prefers to use his fists rather than the law as he grows through his fight against injustice. The drama airs every Saturday and Sunday at 9 p.m. KST.