The cast of “Lovely Horror-vely” (romanized title) met up at the KBS office in Yeouido for their first script reading.

Described as a “horror romantic comedy,” the drama is about a man and a woman who are bound by an unusual fate: one’s happiness always results in the other’s misfortune. Park Shi Hoo will be playing a successful A-list actor whose luck never seems to run out, while Song Ji Hyo will star as an unlucky drama writer for whom nothing ever seems to go according to plan.

Before the script reading started, director Kang Min Kyung said, “I am thrilled to be working with great people. I’ll do my best to make sure the process and results are fun.”

Park Shi Hoo showed off his extraordinary presence as Phillip, the man who is successful at everything he does. Although he is fortunate as if he has the entire luck of the universe, he faces an unexpected challenge an the golden age of 34. Viewers are looking forward to Park Shi Hoo’s acting as the charming yet clumsy Phillip.

Song Ji Hyo plays the optimistic Ji Eul Soon who, contrary to Park Shi Hoo, has no luck at all. Everyone is looking forward to Song Ji Hyo’s detailed acting as the “dark lovely” character Ji Eul Soon.

Highlight’s Lee Gikwang will be the romantic younger guy named Sung Joon who is head over heels for Ji Eul Soon. During the script reading, he showed the totally different charms of his new character who is able to see ghosts. On the other hand, T-ara’s Eunjung will be top actress Shin Yoon Ah who also happens to be Phillip’s girlfriend.

The production crew stated, “With a unique subject and solid script, the actors complete the drama with their wonderful acting. We will be coming to you as a thrilling and exciting horror romantic comedy this summer. Please look forward to it.” 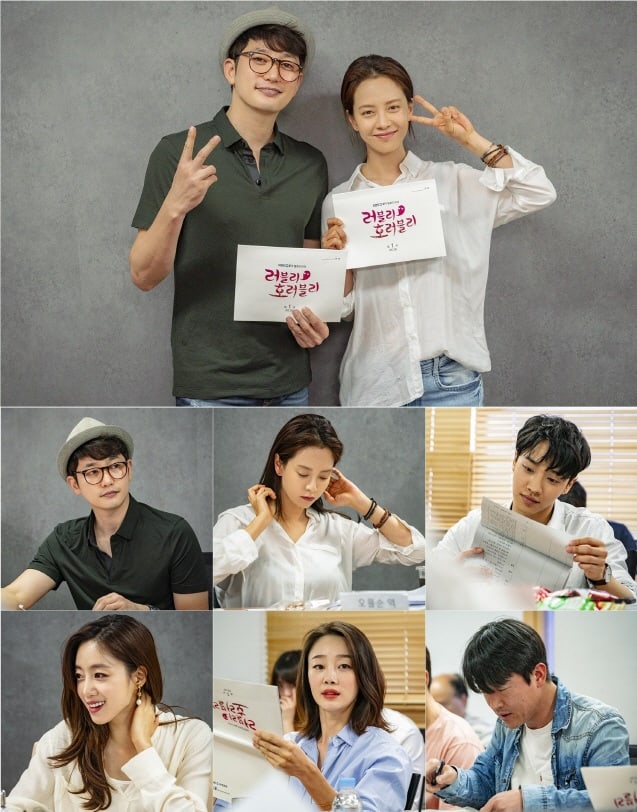 “Lovely Horror-vely” will air after the end of “Are You Human, Too?” in August.