“Love Catcher” is a reality show where contestants live together for eight days and try to find their true love. The catch is that among them are “love catchers,” who actually came to find their true partners, and “money catchers,” who came only for the prize of 50 million won (approximately $44,600). The contestants must struggle to develop a romantic relationship while avoiding the money catchers.

The show not only features love catchers and money catchers, but also “watchers” who overlook the contestants’ actions and try to find out who is who. On June 27, “Love Catcher” confirmed the cast of watchers as Shin Dong Yup, Hong Suk Chun, comedian Jang Do Yeon, NU’EST’s JR, Lady Jane, and mystery author Jun Gun Woo.

Shin Dong Yup will be both the main MC of the show as well as a watcher. Hong Suk Chun will function as the dating expert who knows the psychology of both men and women. As the owner of a restaurant where he sees couples come and go, he will analyze the minds of the contestants on the show. 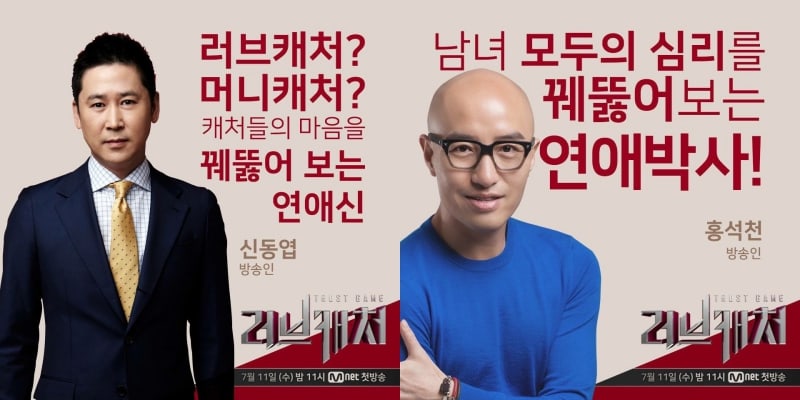 Jang Do Yeon and Lady Jane are the female watchers, who’ll speak mostly for the female contestants on the show. 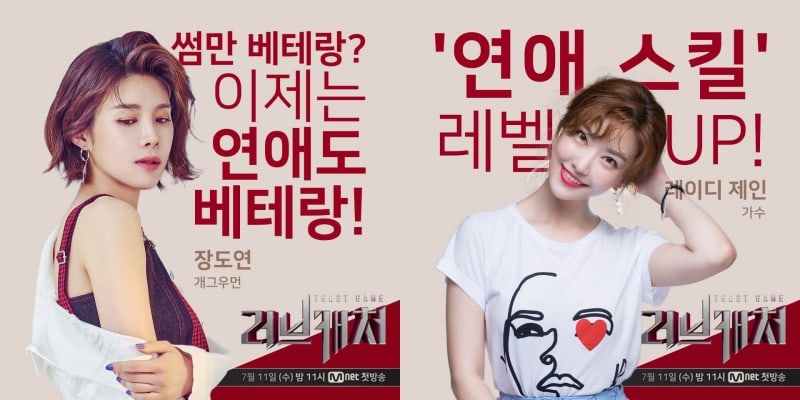 The youngest watcher, JR is the one who will relate the most to the contestants as he laughs and cries with them. Although he doesn’t have much experience in dating, JR is an expert when it comes to sensing honesty and true emotions. Jun Gun Woo, on the other hand, will use his experience in writing mysteries to detect lies and deceit among the contestants. 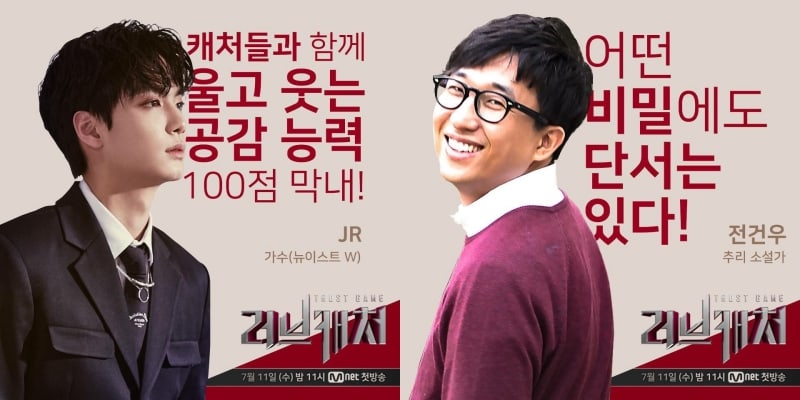 The production staff of “Love Catcher” shared, “Because this show features complex, subtle psychology unlike the traditional dating shows, we tried to form a group of watchers with different characteristics. Because each watcher has a strong, unique personality, it will be especially fun to watch them analyze and predict the contestants’ psychology from different viewpoints.”