Here Are 5 Possible Endings That Viewers Predict For “Lawless Lawyer”

With two episodes left until the ending, viewers are buzzing excitedly about the possible endings of tvN’s “Lawless Lawyer.” Here are five possible ways the drama may end.

One option is that Cha Moon Sook (Lee Hye Young), who used Bong Sang Pil (Lee Joon Gi) to get rid of the people closest to her that knew her weaknesses, will be the final winner. For 14 episodes, Cha Moon Sook used the greed and interests of various characters to slyly control them and keep herself in power. Although this may be an unfair possibility, it can’t be ruled out as one of the feasible endings of the unpredictable drama.

The viewers predict that Cha Moon Sook will make an escape to a foreign country. With all her crimes being unveiled, she may leave the country to avoid punishment. The plot twist with Nam Soon Ja (Yeom Hye Ran) recently changing her lawyer to Bong Sang Pil may force Cha Moon Sook to flee the country to evade judgement.

Cha Moon Sook’s act of betrayal may force Ahn Oh Joo (Choi Min Soo) to get rid of her. For a long time, Ahn Oh Joo had been faithfully working for Cha Moon Sook like a loyal dog. He even disguised her act of murder as his own. However, her act of “killing the dog after the hunt is over” may eventually end up as the straw that breaks the camel’s back, causing Ahn Oh Joo to betray her himself. 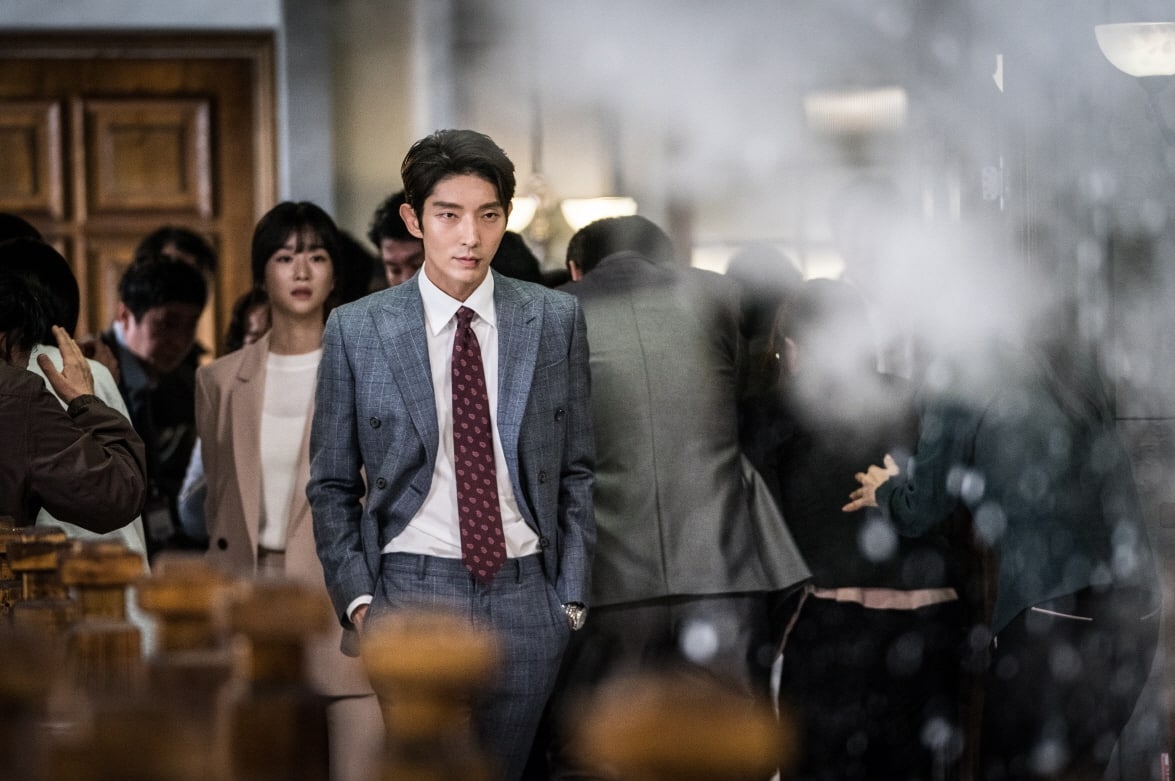 Some viewers think Bong Sang Pil’s revenge won’t end so peacefully. Currently, Bong Sang Pil is Nam Soon Ja’s lawyer, and he requested a different judge in order to call Cha Moon Sook in court. This may infuriate Cha Moon Sook and push her to destroy him, just like she has ruthlessly done before to all her previous enemies. Therefore, the viewers believe she is cooking up a plan to get rid of him.

The production crew stated, “The show will continue with a string of nerves to the end in order to repay the great love of the viewers who give the drama lots of interest. Please look forward to the conclusion of Bong Sang Pil’s revenge on Cha Moon Sook in the remaining episodes 15 and 16.”

You can start watching “Lawless Lawyer” below.