Lee Kwang Soo and Yoo Jae Suk suffered yet another streak of bad luck on the latest episode of “Running Man”!

On the July 1 broadcast of the SBS variety show, the cast and long-term guests traveled to Europe for two very different journeys. While half of the cast jetted off to Switzerland for a “Luxury Package” tour, the unlucky Lee Kwang Soo, Yoo Jae Suk, Ji Suk Jin, Jun So Min, Lee Sang Yeob, and Lee Da Hee flew to England for their terrifying wing walking punishment.

In order to decide which three members would have to experience wing walking, the six stars played a game of random luck. As they nervously prepared to begin the game, Jun So Min suddenly started crying and desperately bargained with the heavens to take pity on her. “Please,” she begged tearfully, “I don’t need to move next year as long as I please [don’t have to go wing walking]. I won’t even buy a car!”

The three stars were given the chance to randomly select envelopes with the three different levels inside, and tension mounted as they played a game of rock-paper-scissors to determine who would get to choose first. Although Yoo Jae Suk won the game, Ji Suk Jin advised him to let Lee Kwang Soo pick first, since Lee Kwang Soo’s notorious bad luck would most likely earn him the dreaded Level 3 envelope. 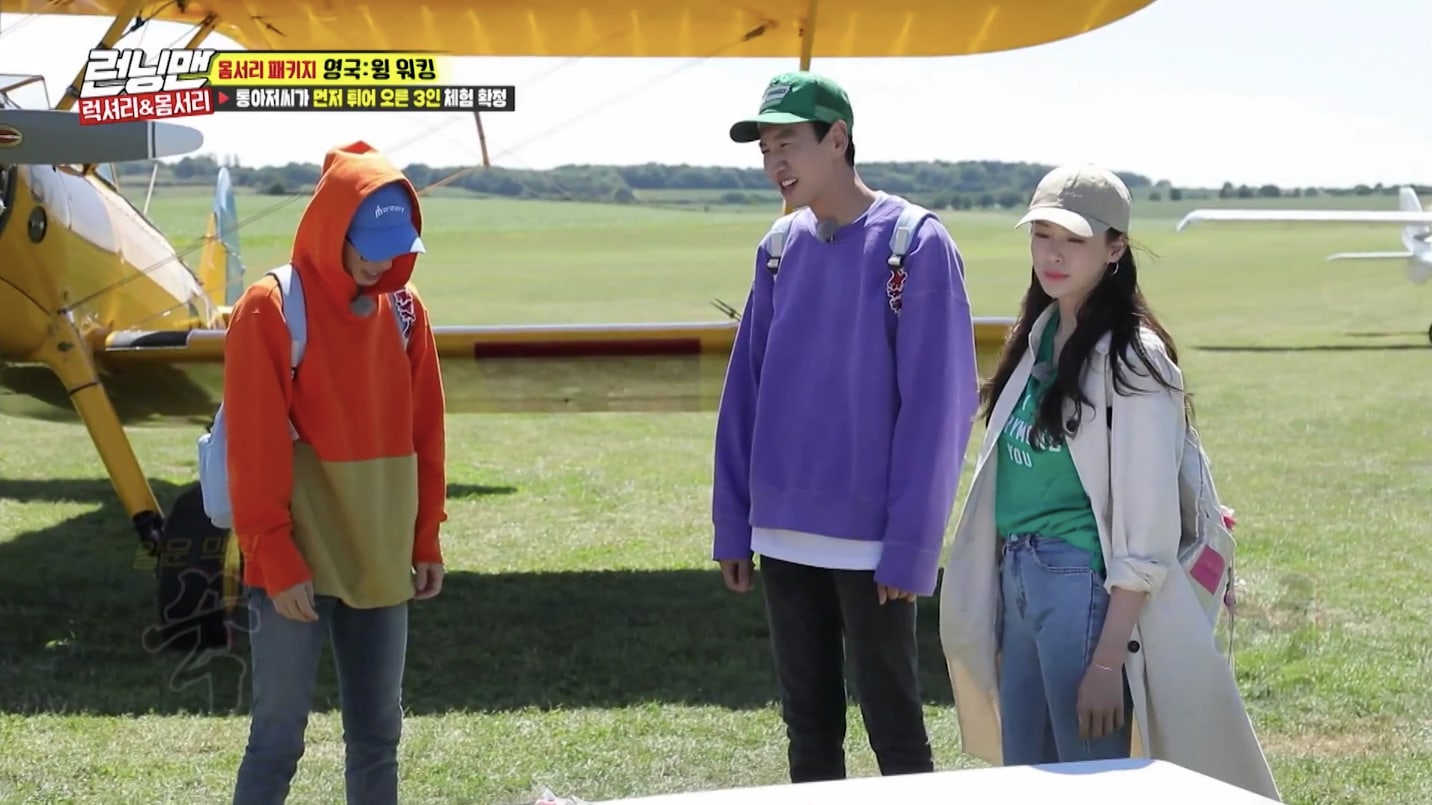 While the “Luxury Package” group was forced to cancel their skiing plans due to a dangerous, icy thunderstorm, Lee Kwang Soo and Yoo Jae Suk’s impressively bad luck ensured that the weather that day was absolutely perfect for wing walking.

You can also check out the full episode of “Running Man” here: