On August 9, the press conference was held for upcoming KBS drama “Lovely Horribly.”

The main PD (producing director) Kang Min Kyung was not present in light of recent controversy. The CP (chief producer) Bae Kyung Soo spoke on behalf of the PD, “There must be many thoughts coming to mind as PD Kang Min Kyung is not present. I suggested attending, but the PD thinks its the duty to show cautious actions and is focusing on working hard for the first episode,” and asked for the understanding of reporters.

As the press conference began, the actors were asked about first impressions and what it is like to work together.

Park Shi Hoo shared on Song Ji Hyo, “Not only does she have a beautiful face, but she also has a beautiful heart. She takes good care of the people around her and has a chill personality.” He added, “My first impression of Song Ji Hyo was sort of cold to be honest because she didn’t talk much, but after having drinks together and meeting often, I can feel how considerate she is.”

Song Ji Hyo commented on working with Park Shi Hoo, “It wasn’t easy at first because he has a chic image. My first thought when I saw him is that he is very good-looking.” She continued, “Meeting him and talking, aside from visual aspects, I have found that he has a great personality, as well. He even has clumsiness but also warmth.” 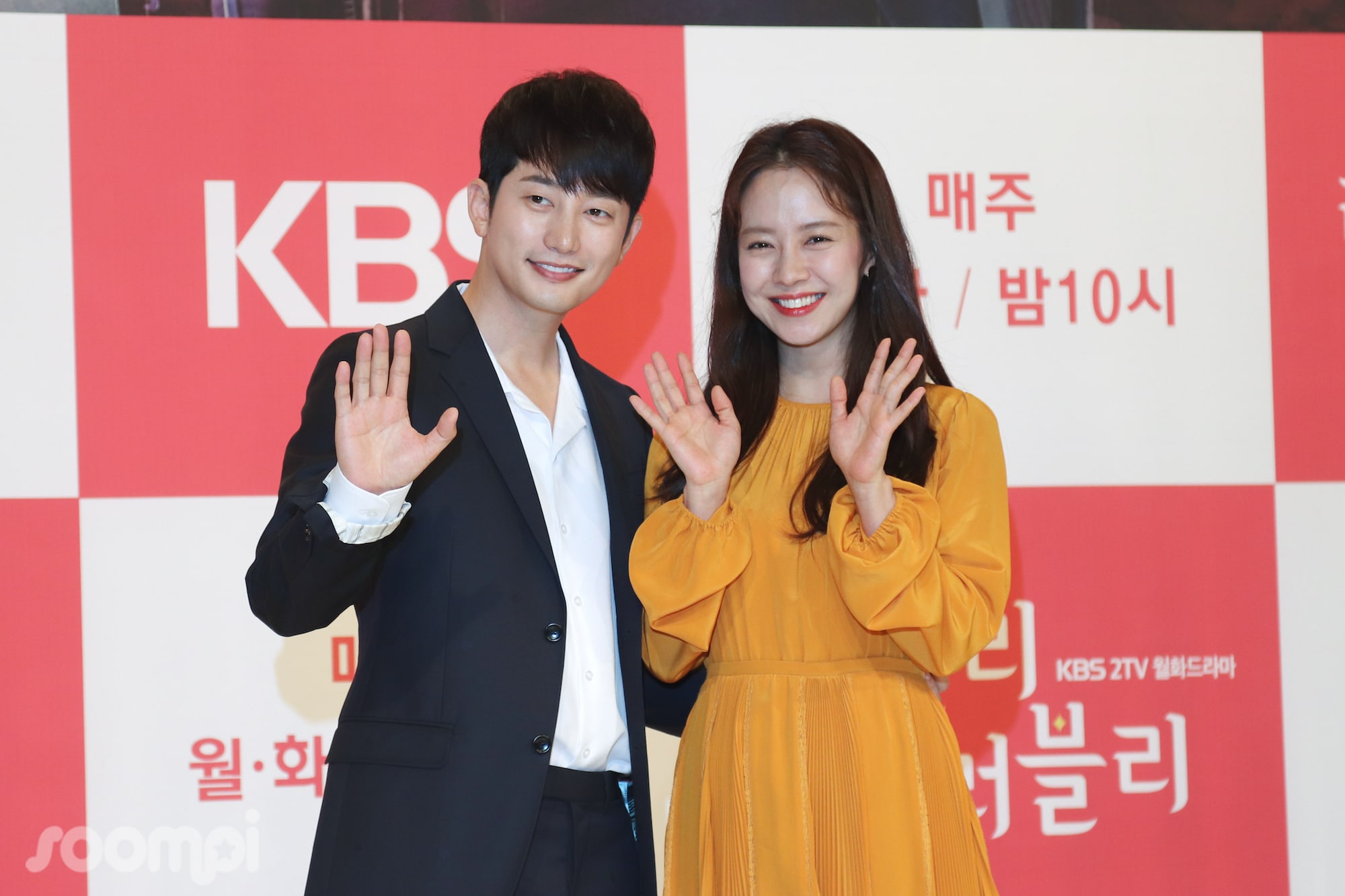 Regarding Lee Gikwang, Song Ji Hyo revealed that it is comfortable working with him because they have met on variety shows before and said that they have gotten closer through the drama. “Gikwang is really funny so it’s fun talking to him. Filming together, time goes by so quickly while joking around.” She also drew embarrassed laughter from him as she added, “Visually, he is very handsome, sexy, and cute.”

Lee Gikwang remarked, “I have the most scenes with Ji Hyo, so we have been chatting a lot. She gives me a lot of advice both for acting and for life, so it has been fun filming.” 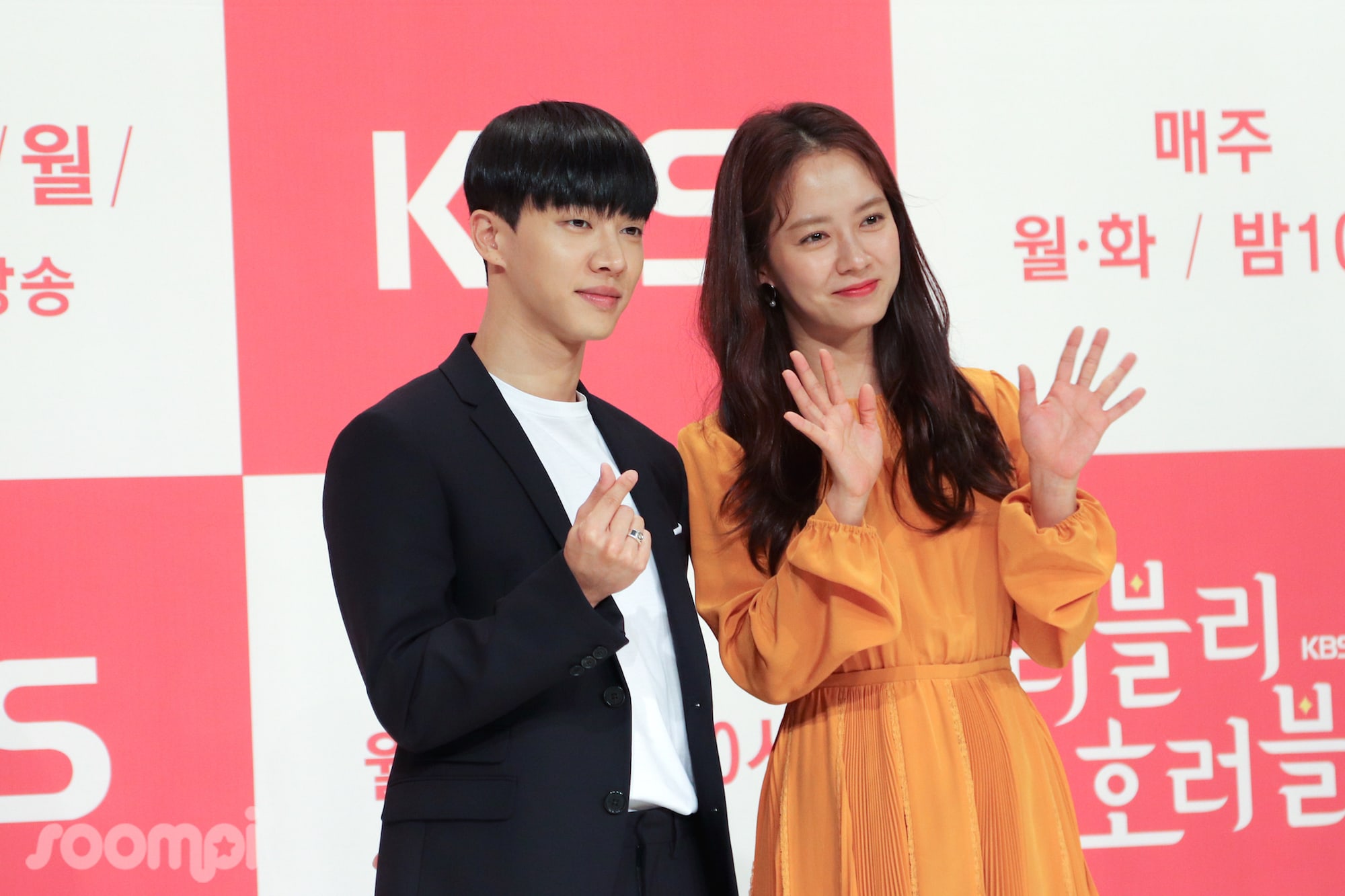 When Eunjung was asked why she decided to star in the drama, she responded, “I was captivated right away when I read the script.” She continued, “As I was a nice character that always sacrificed in my previous project, I really wanted to do it because I thought I could show a different side with a cold character that doesn’t let go of what she wants.” She also added that she made the choice without hesitating especially as she would get to work with great senior actors. 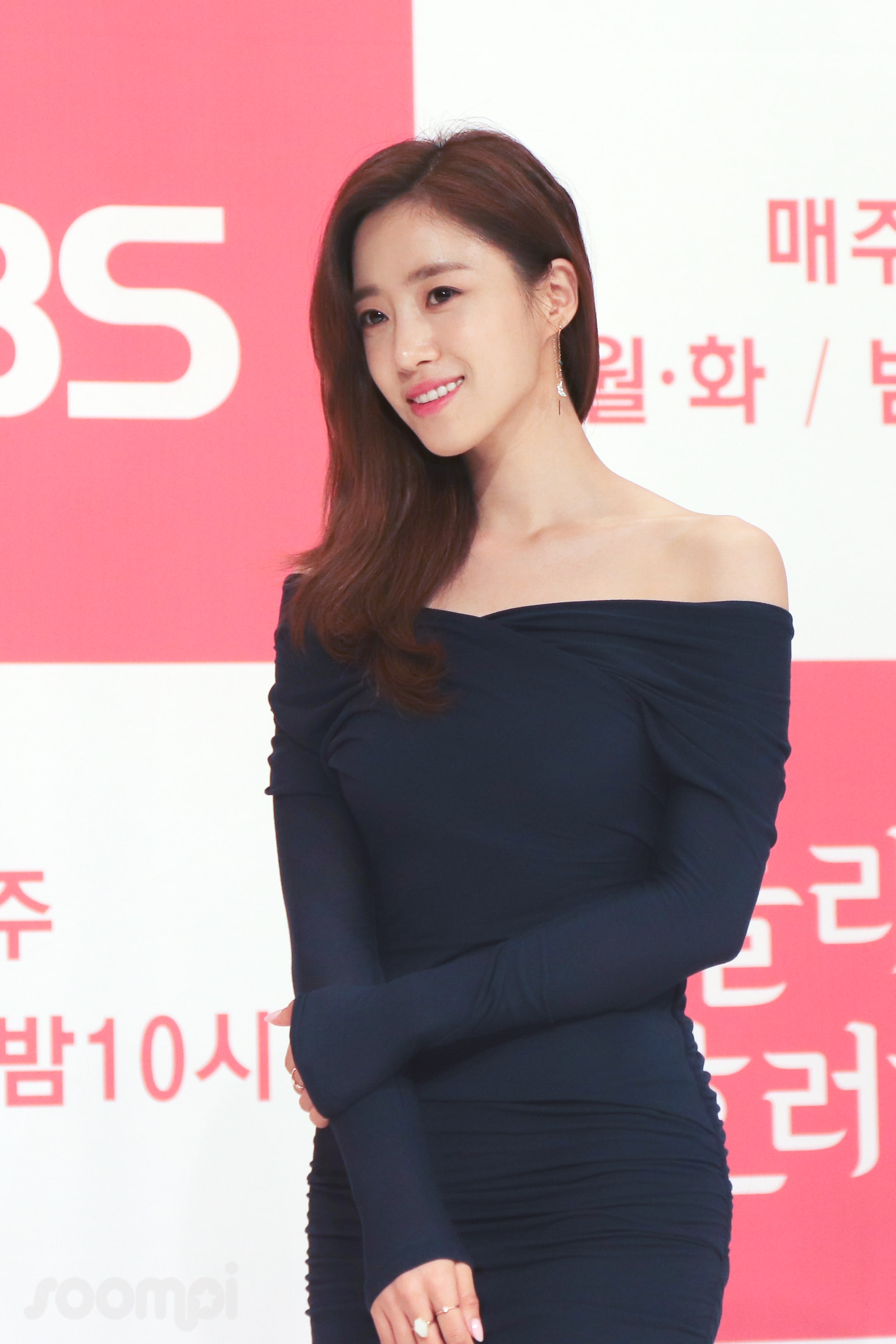 For the same question, Choi Yeo Jin replied, “There are many drama and film dramas in the country, but most seem to be focused on romance. Our drama has a thriller aspect within the sweetness. It suits the summer season perfectly, and you’ll feel vicarious satisfaction through it. It has diverse charms which is also why us actors were drawn to it.” 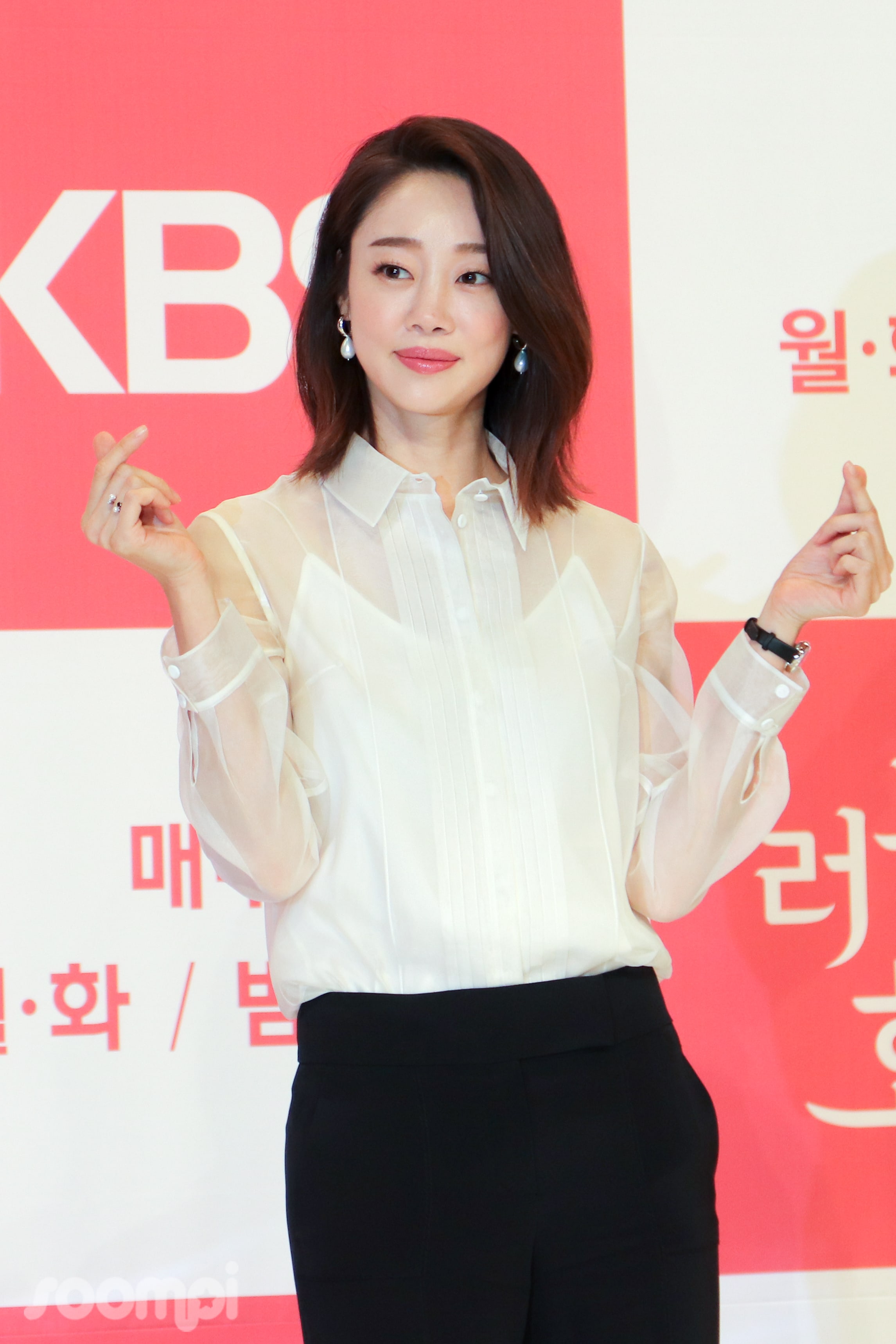 Lee Gikwang was asked about reactions from his fellow Highlight members on the upcoming drama, to which he explained, “Yoon Doojoon and Yong Junhyung are also doing dramas, and the other members are busy with individual schedules, as well, so we only really talk about it through our group chat. They say things like, ‘Do well and stay healthy.’ Our members all understand and respect each other’s work.” 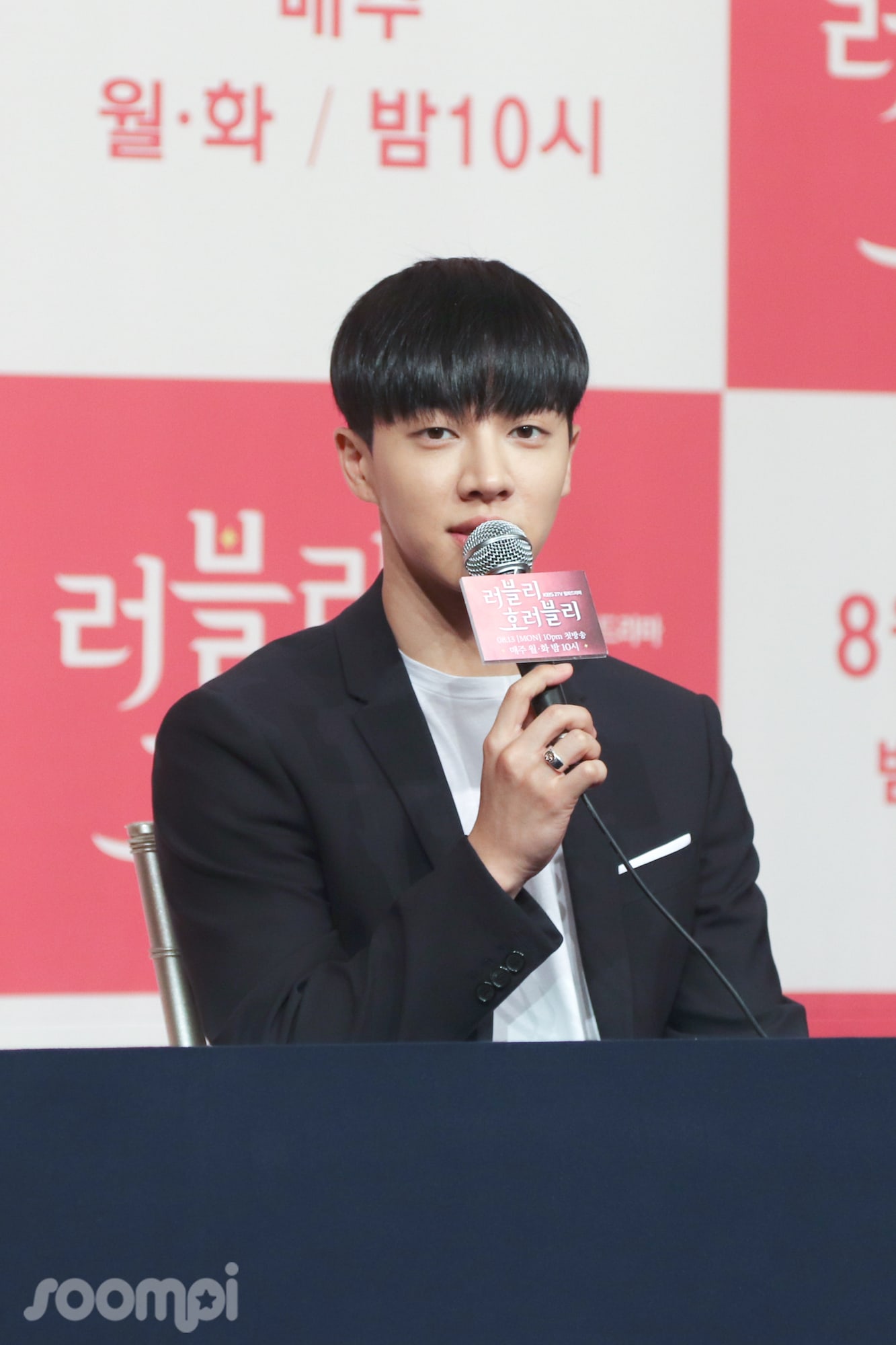 As Park Shi Hoo’s previous drama “My Golden Life” exceeded 40 percent in viewership ratings, he was asked if he feels a burden about ratings for this drama. He answered, “Rather than feeling a burden because my previous project had good ratings, I feel more anticipation because I have faith in this drama.” 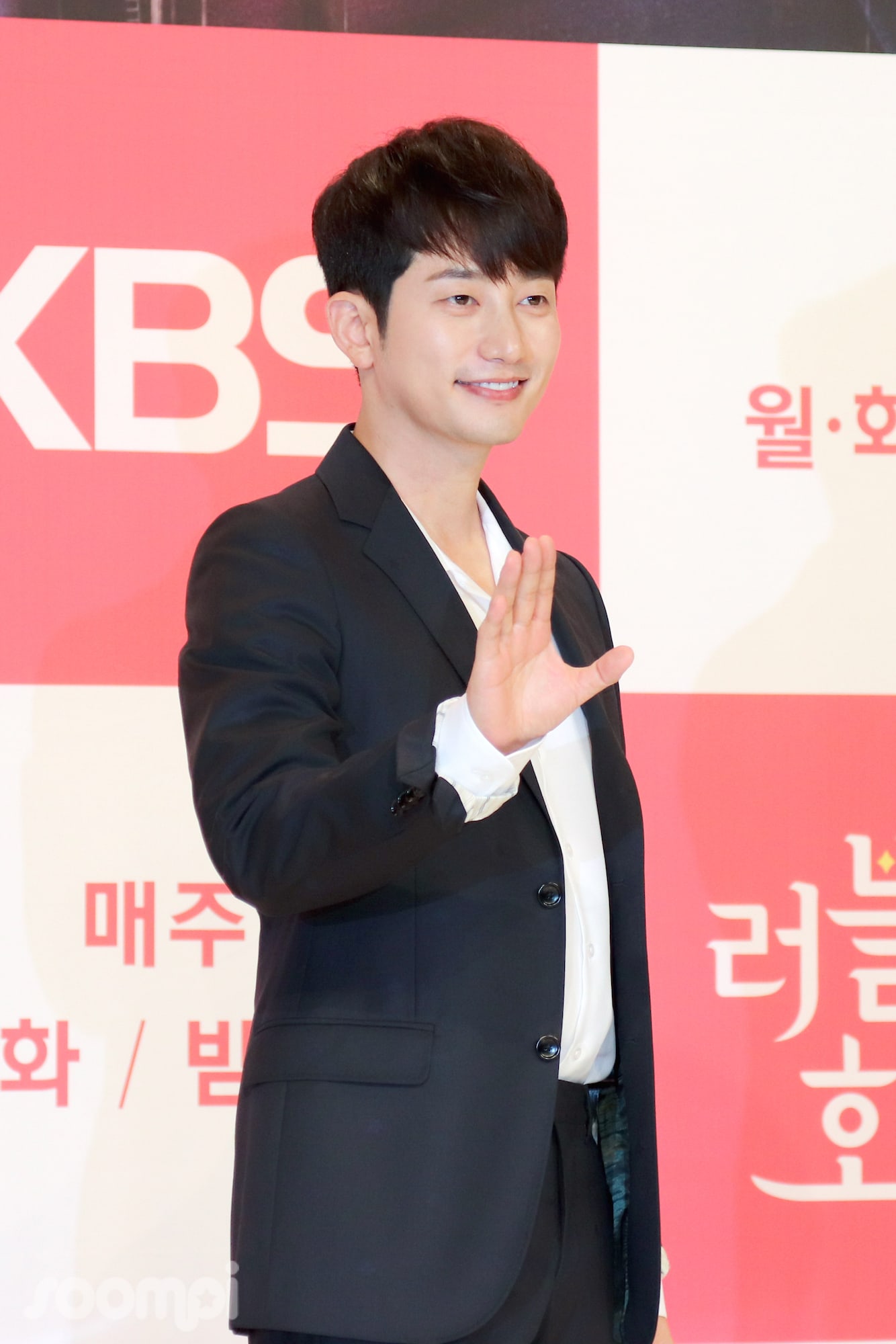 A question was brought up on if the drama will successfully manage to have both romance and horror and how much horror can be expected. Song Ji Hyo commented, “Many people will anticipate how scary it will be, but this is not a horror genre drama. Events occurring because of Phillip and Eul Soon’s fate may feel scary, but there are also lovable parts as romance blooms.” She elaborated, “We might not be able to satisfy those who want complete horror, but we hope you will focus on the sharing of fate.” 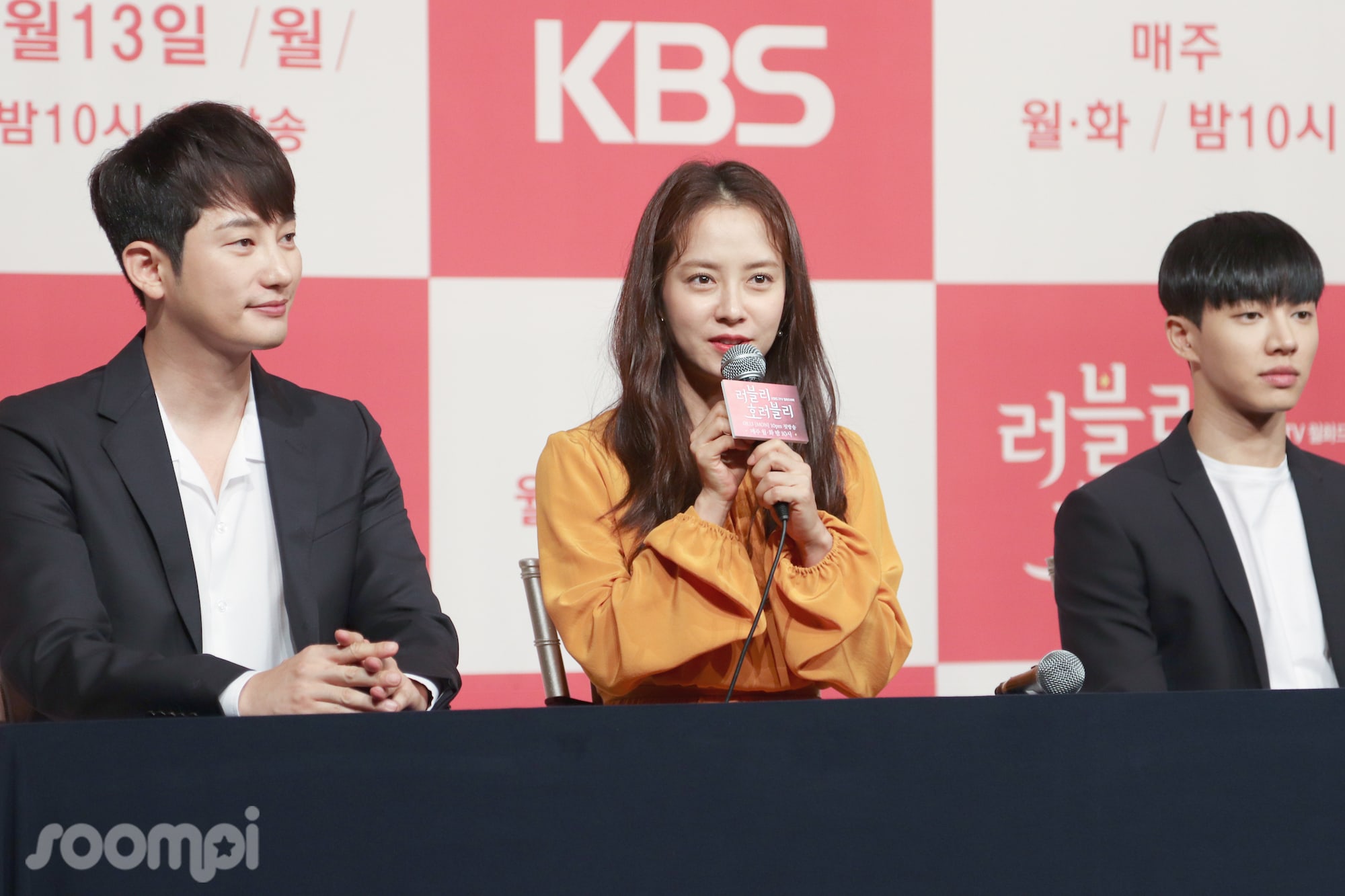 “Lovely Horribly” is a horror romantic comedy about the strange events that occur when top star Yoo Phillip (played by Park Shi Hoo) and drama writer Ji Eul Soon (played by Song Ji Hyo) meet. The two share a zero-sum fate where one must be unhappy if the other is happy.

It premieres on August 13 at 10 p.m. KST and will be available on Viki.