Hyolyn Opens Up About The Childhood Illness Behind Her Tattoo

On the latest episode of “Life Bar,” Hyolyn talked about the health problems she faced during her childhood and how her tattoo gave her more confidence.

The singer appeared as a guest on the August 9 broadcast of the tvN talk show, during which MC Han Hye Jin asked her about the story behind her abdominal tattoo.

Hyolyn explained, “I have a large, cross-shaped scar on my stomach, so I got the tattoo to cover it up. I had [abdominal] surgery twice, and that scar was my biggest insecurity. I used to sort of hunch over like this to hide it.”

She went on to elaborate, “I was born with ascites [abnormal fluid buildup in the abdomen], so I was placed in an incubator immediately after my birth. I was then diagnosed with pediatric cancer and biliary atresia.

“I successfully underwent surgery for my condition, but then, about a year later, I ended up having surgery again for intussusception [a serious condition in which part of the intestine folds into itself]. So I thought, ‘What if I covered up my scar according to its shape?’ That’s why I ended up getting a cross tattoo.”

Han Hye Jin remarked, “It’s a tattoo with a very special meaning,” and Hyolyn replied, “It is. After getting the tattoo, my complex disappeared. I developed confidence.” 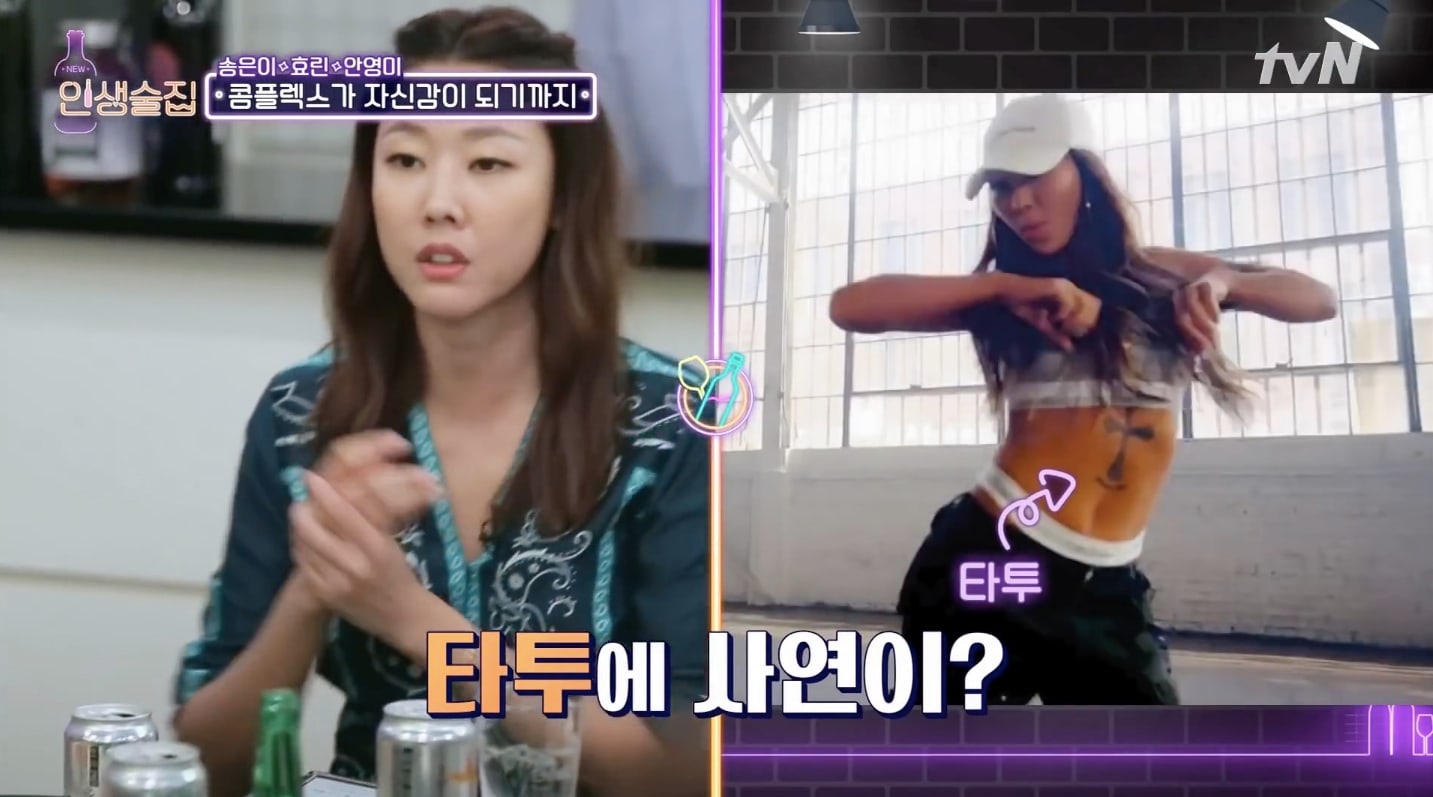 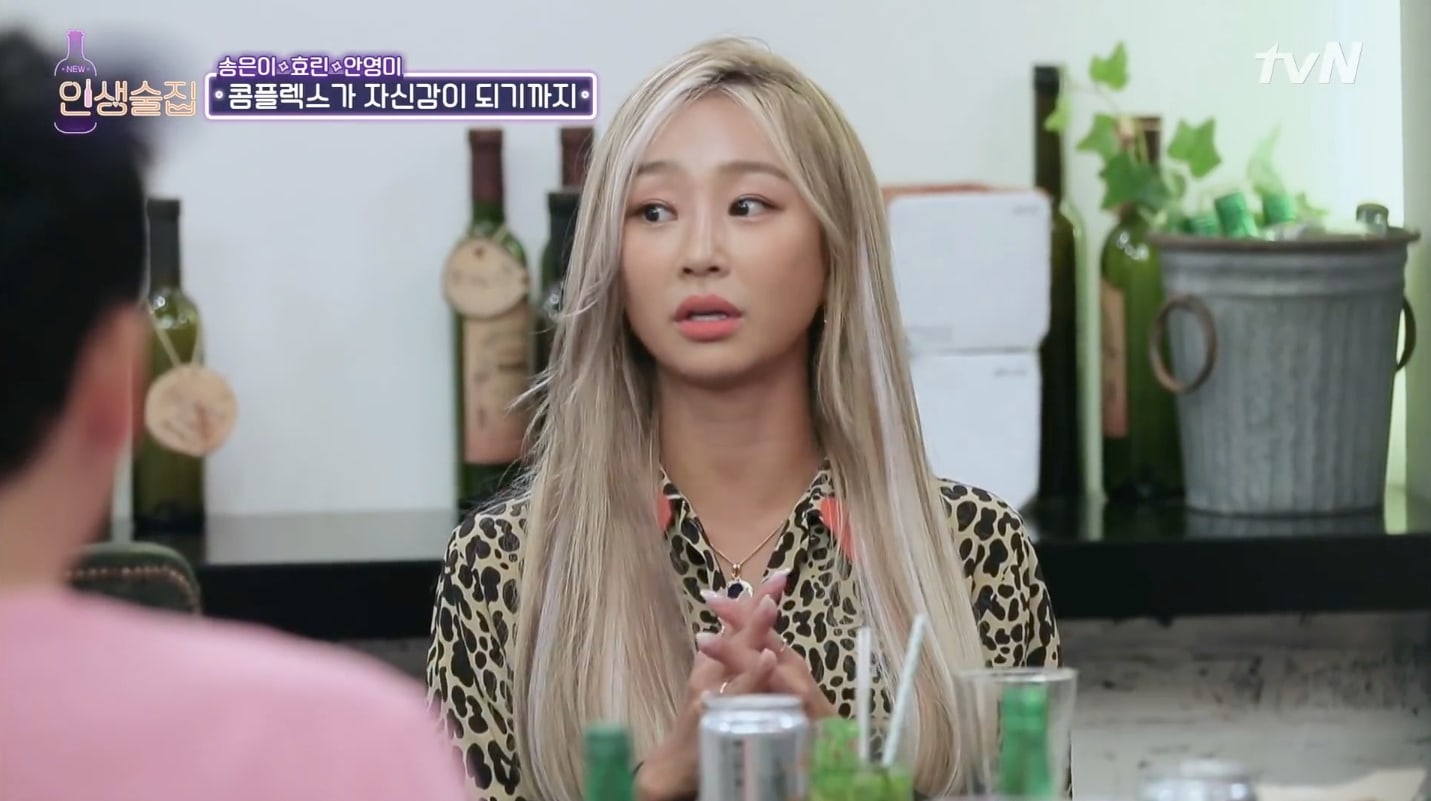 “Also,” she added, “I sometimes receive emails from parents of children with biliary atresia. When I see messages like, ‘We’re gaining strength from watching you, Hyolyn, so please keep singing and working hard,’ it makes me think that I need to work even harder at making music to give them hope.”

After recently making a comeback with the new title track “See Sea,” Hyolyn has announced that she will also be releasing a surprise single entitled “Bae.” Check out the teaser here!

Hyolyn
Life Bar
How does this article make you feel?