Hyun Bin, as well as the director for his upcoming film “Negotiation,” talked about the approach to his role as a villain.

“Negotiation” is about Min Tae Gu (played by Hyun Bin), a criminal behind a critical hostage situation in Thailand, and Ha Chae Yoon (played by Son Ye Jin), the negotiator brought in to deal with the crisis.

Hyun Bin explained how he had thought a lot on how to portray his character as not the average, predictable villain. He shared, “I spoke listlessly, tossing my words around. I also acted more relaxed during the scenes that I thought a captor would seem fierce, to make things more unexpected.” 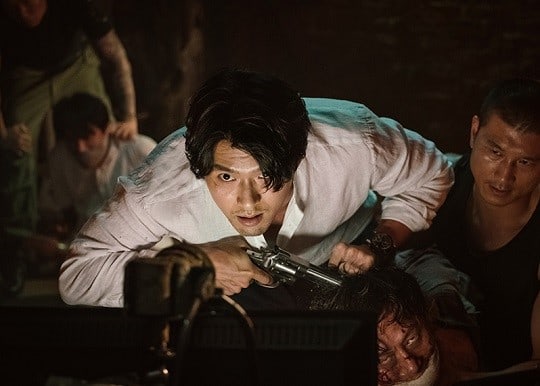 His role Min Tae Gu is an international criminal, and was blacklisted by the police for black-market weapons deals for crime syndicates. He kidnaps a Korean reporter and policeman in Thailand, creating a hostage situation without revealing his reasons or goals. He hides his thoughts behind his emotional and violent tendencies, pushing negotiator Ha Chae Yoon into a corner with his unpredictable actions.

Director Yoon Je Kyun praised the actor, saying, “Hyun Bin would [get into character] and become angry on set and swear. I thought, ‘Ah, he has this kind of villainous side to him.’ He is continuously full of surprises.”

“Negotiation” will premiere in September.

Hyun Bin
Negotiation
How does this article make you feel?