Photos of Highlight’s Yoon Doojoon and BTOB’s Eunkwang in the military have been shared!

An online community posted photos of the two idols looking bright and happy together. In the images, the two make a heart shape with their hands and smile at the camera. 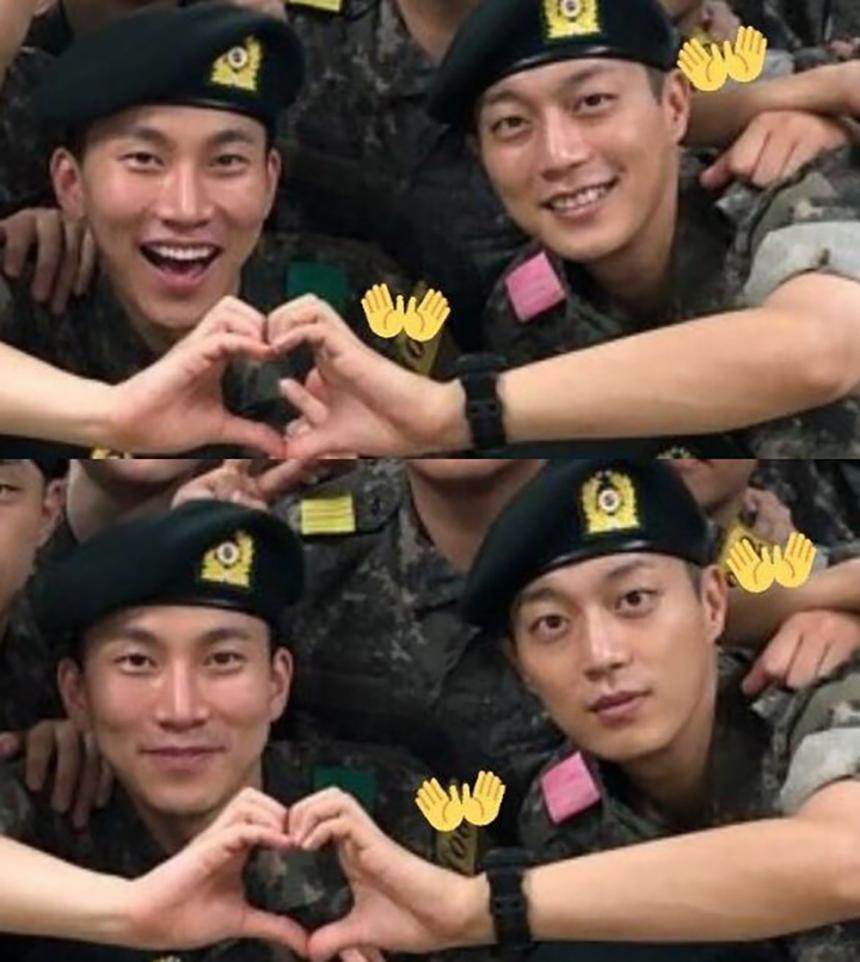 Doojoon and Eunkwang are reportedly in the same military unit and share the same living space.

Eunkwang enlisted on August 21, while Doojoon’s enlistment was on August 24.

BTOB
Eunkwang
Yoon Doojoon
Highlight
How does this article make you feel?