The Korean Business Research Institute has published the brand reputation rankings for variety shows over the past month.

The Institute analyzed data from September 1 to October 2, analyzing the areas of consumer participation, communication, media coverage, community awareness, and viewership indexes. The last time that a brand reputation ranking list was compiled for variety shows was in July, and the amount of data increased 15.09 percent since then.

Check out the top 20 below: 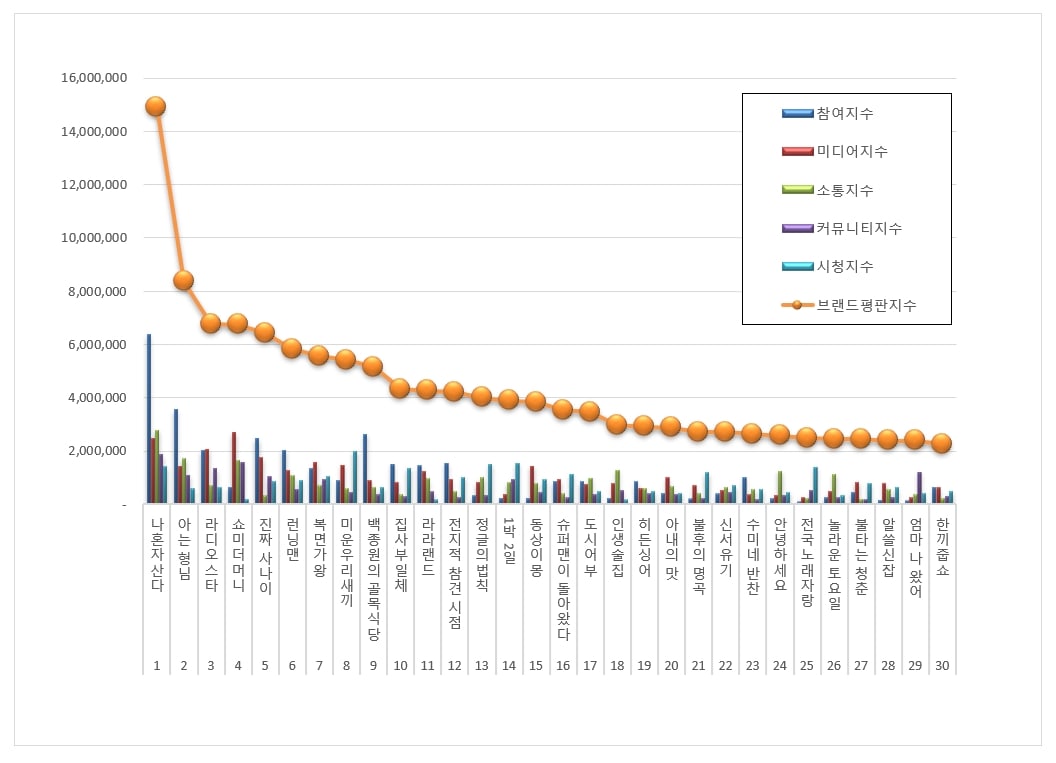