They say there’s nothing better than working with best friends, and Jang Dong Gun completely agrees.

On October 2 on Naver V Live, Jang Dong Gun commented on what it was like to work with his close friend Hyun Bin for their new historical film “Rampant.” He said, “It was so much fun. I thought our friendship would be a distraction because we have confrontational roles in the movie. However, I was able to rely on the idea that someone who knew me well would accept my acting. I had an enjoyable time filming [the movie].” 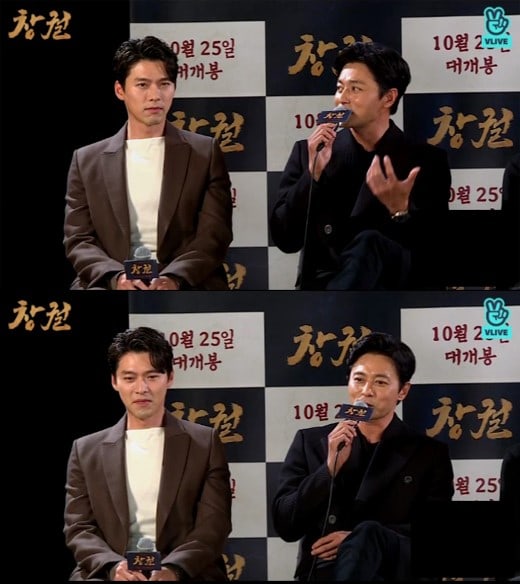 “Rampant” is a period action film set during the Joseon dynasty, starring Hyun Bin as a prince who fights against demons to save his people and Jang Dong Gun as Kim Ja Joon who joins the battle. The movie premieres in South Korea on October 25.

Hyun Bin
Jang Dong Gun
XPN
How does this article make you feel?