BTS’s Jimin and Jimmy Fallon’s budding friendship is too cute!

Last month, BTS made a guest appearance on “The Tonight Show Starring Jimmy Fallon,” where they chatted with the late-night talk show host and taught him the dance to their latest hit “IDOL.”

Jimmy Fallon also bonded with Jimin during the show over their phonetically similar names. Not only did they share an adorable hug, but Jimmy Fallon even sported a headband featuring Jimin’s BT21 character Chimmy. 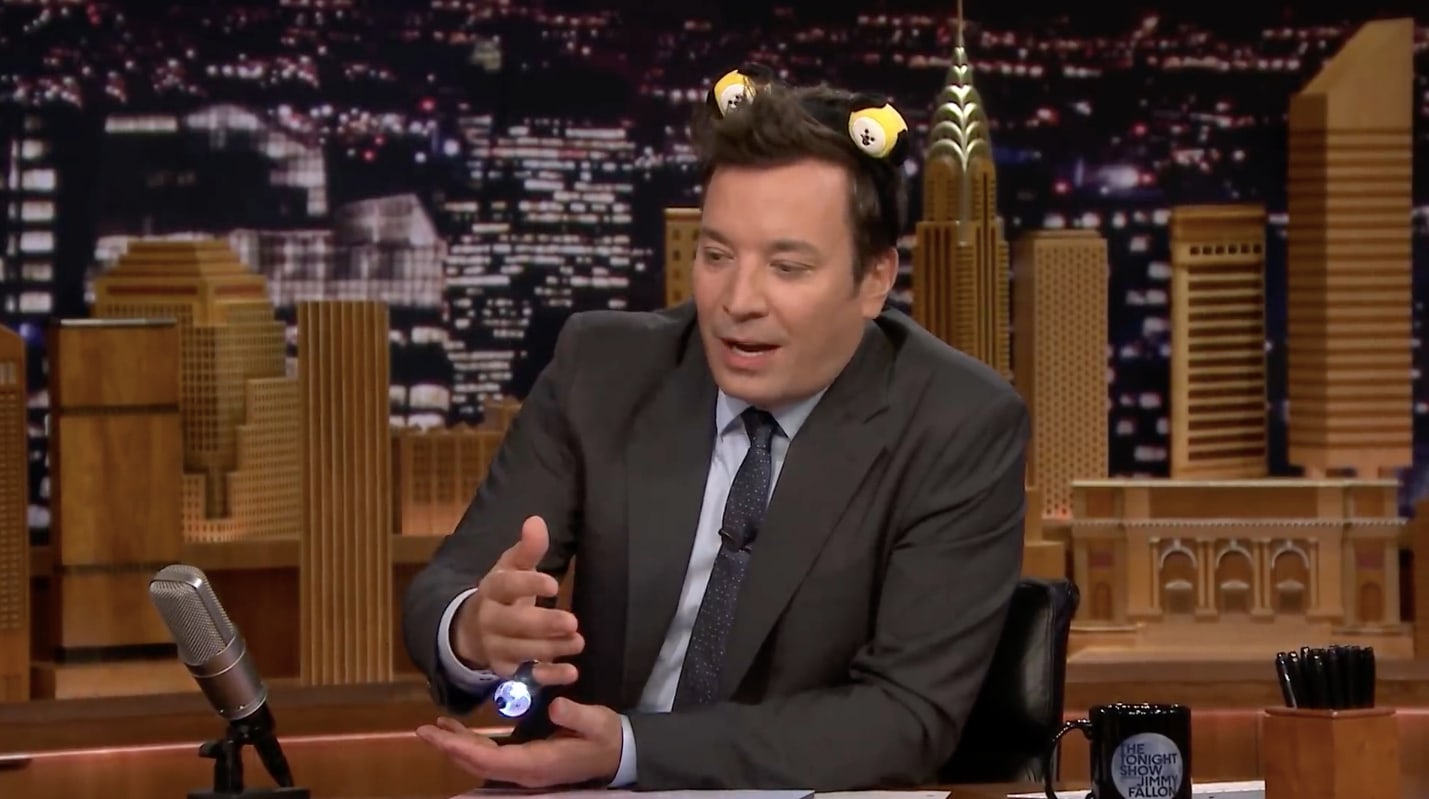 On October 6, Jimmy Fallon proved that his love for Chimmy hadn’t faded. The American talk show host took to Twitter to share a sweet video message for BTS ahead of their historic concert at Citi Field in New York, saying, “Yo, BTS, it’s your boy Chimmy Fallon! I just wanted to say break a leg tonight. I know you’re over at Citi Field, which you sold out in under 10 minutes; that’s unbelievable. I’ll be listening out of my window. Break a leg!”

Jimmy Fallon ended the video by flipping the hood of his sweatshirt over his face, revealing that he was wearing a Chimmy character hoodie to show his support for the group.

Later that night, Jimin responded by thanking him and telling him that he looked “cute” in his hoodie.

Thanks jimmy!
You look so cute☺️!!
See you soon!!??@jimmyfallon #JIMIN

If you haven’t already seen it, you can check out the clip of Jimin and Jimmy Fallon bonding over their names on “The Tonight Show” below!

BTS
Jimin
Jimmy Fallon
How does this article make you feel?