Nam Tae Hyun previously addressed the dating rumors during a past guest appearance and explained that they were not true. He also called Son Dam Bi during that episode, where she promised the MCs that she would come on the show sometime in the future.

On the October 9 episode, Son Dam Bi kept her promise by appearing a guest while Nam Tae Hyun was the special MC.

Nam Tae Hyun introduced Son Dam Bi, saying, “She’s the lucky person who was involved in dating rumors with me last year.” The dating rumors started due to a video the pair filmed through a parody video app.

During the show, Son Dam Bi stated, “After the dating rumors, I never met up with Nam Tae Hyun. He didn’t contact me.” She added, “We have such a close older sister-younger brother relationship. It’s something that happened because of a joke.”

Nam Tae Hyun made everyone laugh when he revealed, “She always says, ‘Okay. I’ll see you soon,’ and then she never meets up with me.” 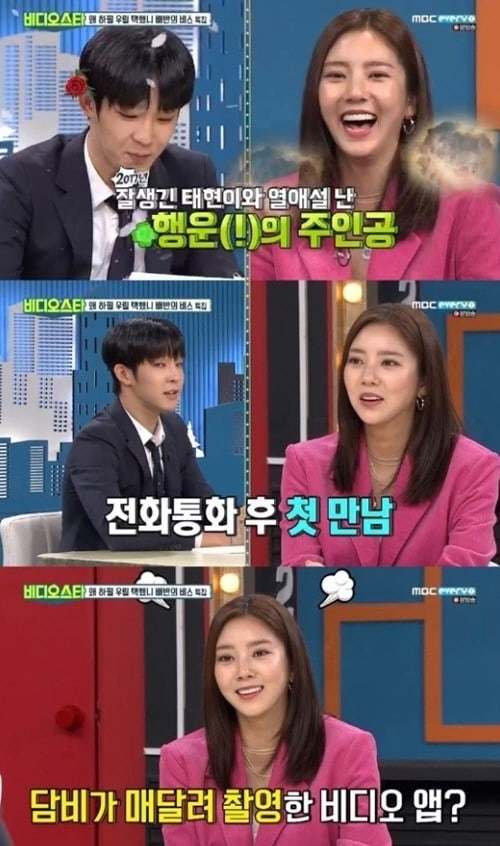