“Real Men 300” has released new stills of its cast members ahead of the broadcast of the fourth episode!

“Real Men 300” is latest season in the reality show series, which features celebrities experiencing life in the military. It will include stars being evaluated to see if they can meet the standards required to become one of the army’s elite “300 warriors.” If they do, they will be named an “honorary 300 warrior.” The show filmed at the Korea Army Academy in Yeongcheon, with cast members including BLACKPINK’s Lisa, PENTAGON’s Hongseok, Lee Yoo Bi, Kang Ji Hwan, and more.

On October 12, “Real Men 300” released photos of Lee Yoo Bi, PENTAGON’s Hongseok, and BLACKPINK’s Lisa trying MREs (Meals-Ready-to-Eat) for the first time. Their reactions to trying these meals during their lunch time are sure to evoke laughter from viewers. 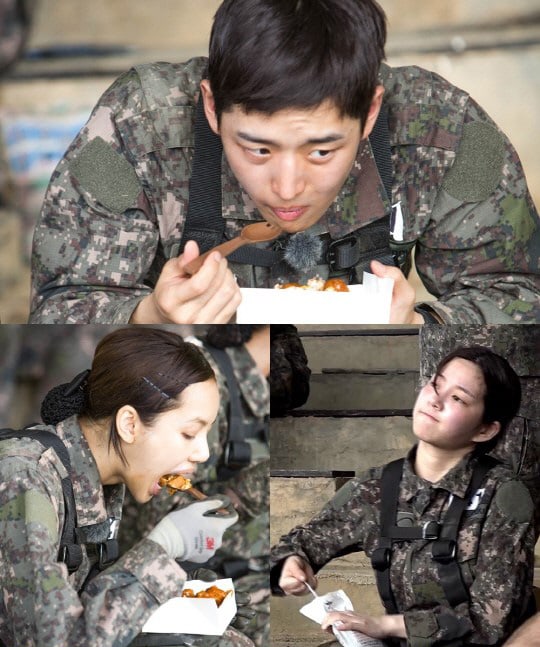 In the photos, Hongseok wears a dead-serious expression his face as he examines the taste of the MRE. Lisa looks as if she already familiar with MREs as she opens her mouth wide to take big bites of the food. Lee Yoo Bi looks ambitious as she pulls on a string to activate the heat for the MRE. 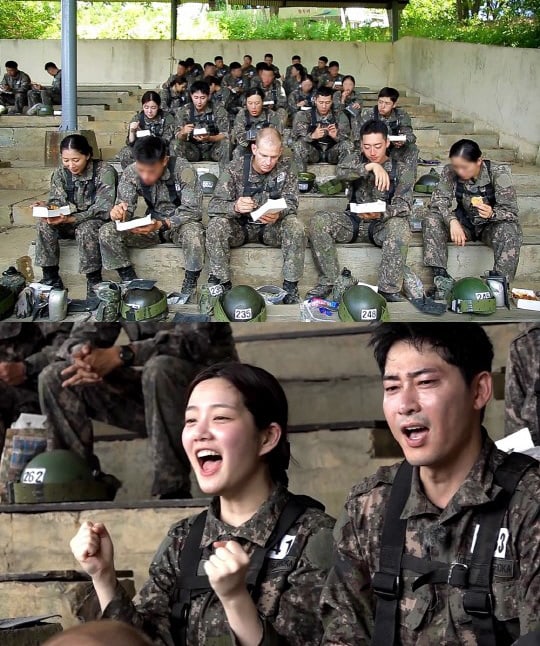 In another image, the cast members sit on the stairs and focus on their food without even lifting their heads. Lee Yoo Bi holds up two fists and gives a shout, making viewers wonder what will happen in the upcoming episode.

Sources from “Real Men 300” stated, “Viewers will be able to see the cast members exhausted by the intensified guerrilla training and their reactions to seeing the appearance of the interesting MREs. Please look forward to seeing the special snack that caused the members to automatically throw their hands up in excitement.”