October 19, following repeated denials by Media Line Entertainment’s CEO Kim Chang Hwan that he ever abused or ignored violence against members of The East Light, JTBC’s “News Room” released an audio recording from The East Light’s Lee Seok Cheol of the CEO speaking to him after he made it known that he was going to go public about the abuse.

In the recording, Kim Chang Hwan says, “If you’ve entrusted [someone] with something, than you need to leave it alone even if they beat you to death. If you make the paper as a celebrity, you won’t have any ground to stand on, you **. Who’s going to ** take in a kid with problems? You can’t make a big deal out of this, you can’t. Your parents will just be more upset. Ten times more upset than they are now.”

Regarding the audio file, Media Line claimed that while the conversation between Kim Chang Hwan and Lee Seok Cheol did get heated, “[Kim Chang Hwan] just wanted to help all the members continue to do music.” 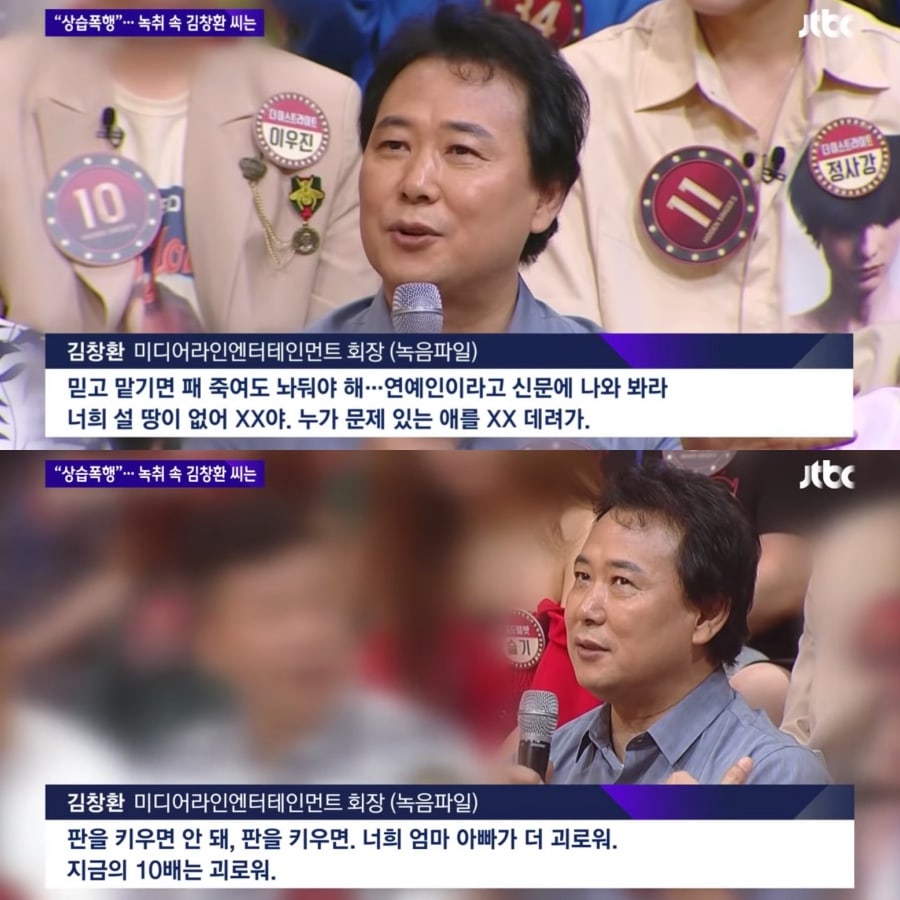 He said, “For three to four days, I haven’t been able to eat or sleep. I’m so upset. After hearing that the other members of The East Light were also abused, I’m so upset. Hearing [Lee Seok Cheol] say that he grit his teeth and endured being hit, my heart hurt so much.”

Emphasizing the need to protecting everyone, including both adults and children, Lee Seok Cheol’s father said, “I hope that there is never another agency like this. There are a lot of kids doing music nowadays, and no agency should be hitting them.” 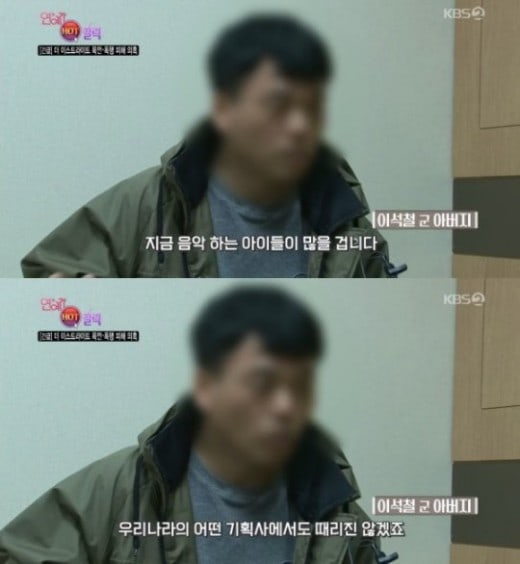 Earlier today (October 19), Lee Seok Cheol held a press conference about the physical and verbal abuse the members of The East Light endured from CEO Kim Chang Hwan and a producer, who remains anonymous, since before their debut.

kim chang hwan
The East Light
XPN
How does this article make you feel?